Germany not accepting more refugees and migrants from Italy and Greece

More than 60,000 people currently trapped in Greece due to closed borders 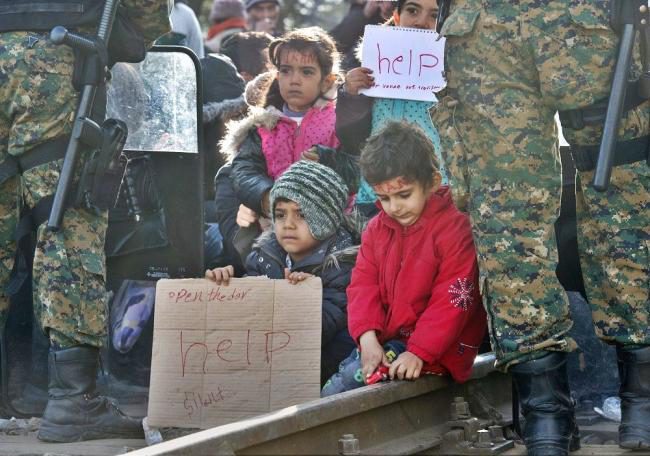 According to the most recent announcement coming from the German government, the country will put a halt to accepting more refugees and migrants under the EU’s relocation scheme.

Germany is currently resettling the last groups of populations it has received from Greece and Italy, a process that will continue in the coming weeks, however, Germany has only taken one third of the initial number it agreed to receive.

As the European Union’s migrant relocation program draws to a close Germany’s Interior Ministry said on Monday that “far fewer people had fulfilled the necessary criteria for relocation than first expected”.

“The relocation scheme ended in September 2017, meaning all applicants arriving after that date will no longer be eligible for resettlement,” Annegret Korff, a speaker for the Interior Ministry added, clarifying that in order to qualify, “applicants had to be from a country where the chances of asylum are at least 75 percent”.

Germany’s Interior Ministry claims that they largely completed all outstanding relocation cases by the end of 2017 and therefore Germany will only carry out the odd resettlement case that was left outstanding from last year.

Meanwhile, Greece and Italy insist that the program to relocate migrants landing on their coasts was launched by the European Union in the wake of the 2015 migrant crisis.

EU member states had reportedly agreed to relocate some 160,000 refugees between them, a number that last year had been revised to just under 100,000 after officials found most applicants to be ineligible under the EU relocation scheme. Moreover, Germany was expected to take in 27,000 refugees and migrants yet it has only accepted 10,000 migrants.

At the moment, and based on the United Nations refugee agency (UNHCR) statistics, more than 170,317 people made the treacherous journey across the Mediterranean Sea in 2017 of whom over 60,000 are trapped within Greek borders as the rest of Europe refuses to take them in.