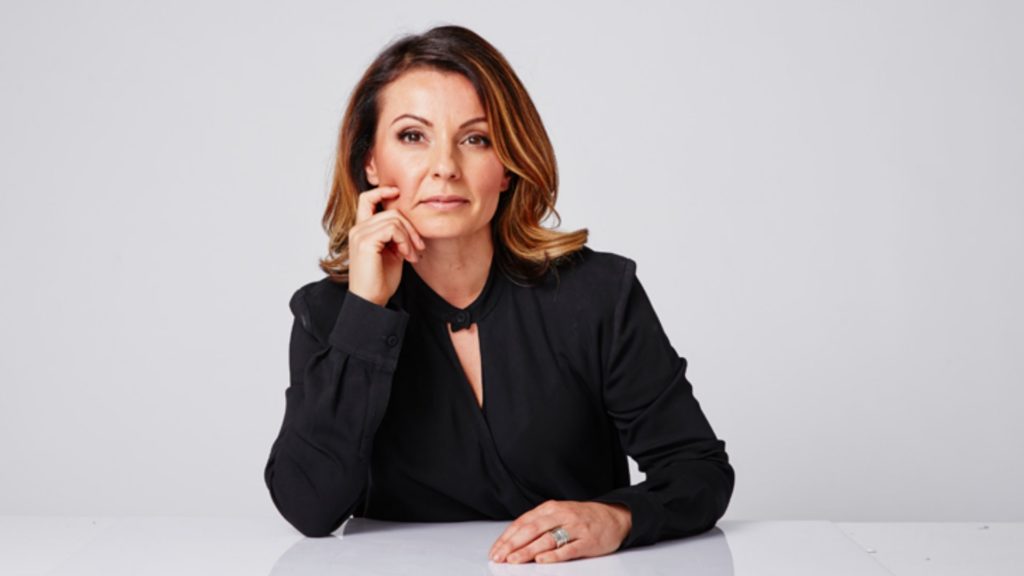 There are some people who are filled with energy, enough to power a house. Effie Zahos is one of these people. Her energy bursts out of the phone and sweeps you up. It’s no wonder why she’s so on-demand as a public speaker or why morning TV shows love to have her on the air, offering financial advice. Because that is what the journalist has been doing for more than two decades, working with Money magazine, one of the most acclaimed brands in the Australian media landscape.

Now Effie Zahos is also claiming a spot on our bookshelves, as her book, A real girl’s guide to money is about to hit the bookstores. It’s not the first book that she wrote – “I feel I’ve been doing a book every month with the magazine,” she says, laughing, but she is also the author of The great $20 adventure, a children’s book aiming to teach children how to value money, inspired by her own two kids, Nicky and Kosta, who would take the money their grandparents were giving them and just spend it. “Especially my son,” she says. “I walked past his playroom and saw this pile of toys and I thought: that’s a deposit on a house! My kids are never going to leave home!”

“I’ve always believed that the strategies to make money are the same, whether you are a man or a woman,” she clarifies. “How to make money, where you invest, this is the same. But women do face certain obstacles: superannuation, for example, is something that doesn’t agree with women’s work and lifestyle; women are most likely to take time out of a career, because they are the people who raise children, or they could be looking after parents and unfortunately still to this day and age there is pay unequity. Women need to work a big harder and be smarter with the money,” she says. “The idea for the book came from talking with my girlfriends. We would sit after a couple of glasses of wine and have all these conversations. So I thought that it’s time to do a book and put these voices out there and answer the questions.” As the title suggests, this is financial advice for ‘real people’ – “someone like your sister or your mother,” she says. “Someone like me. The reason I’ve called it ‘the real girl’s guide to money – from converse to Louboutins’ is because I kind of started off with Converse myself, you got your sneakers, they don’t cost much and as my wealth grew my spending grew and I started buying Louboutins, in my 30s I went on a nice spending spree,” she laughs. “It’s like a cycle: you start with nothing and then when you get something you kind of go crazy and then you say I’ll go back to Converse, because they are cheap, they are practical, they are comfortable. Don’t get me wrong, I still love Louboutins but you have to do everything in moderation. So this book is personal. Every chapter starts with something that I have experienced or I have heard, it gives a very personal insight and then takes that problem and gives you the strategy.”

The first step is to be open and honest about where you stand and where you want to go.

“What I’ve learnt is that a lot of people aren’t honest enough about money, they don’t talk about it. They don’t like to say that they have trouble with money, they don’t understand how to invest, they live paycheck to paycheck, they are embarrassed. There is nothing to be ashamed of. In one of the chapters, I talk with a behavioural economist and one of the best tips he gave me is to accept your financial status – don’t pretend to be someone you are not. The grass may look greener on the other side but you don’t know people’s affairs. It’s silly to keep up with the Joneses, it’s all about making the best of what you have. That’s why I like to keep it real.”

A word of advice from Effie Zahos: “If you are young, do something today – put something in place today that will make your life better later.
If you are older, it’s not too late. Don’t give up, just don’t do nothing – doing nothing will get you nowhere.”

The book follows a woman’s trajectory from her entry to the workforce to retirement, passing through all stages of life: marriage, divorce, home-ownership and mortgage, raising children and so on. One of the most striking chapters is titled ‘I earn $150K, why am I still broke?’

That might make some people raise an eyebrow, but Effie Zahos says that what makes people feel broke has less to do with “dollars and cents” and more about “mind over money”.

“I find people on lower incomes are better than people on higher incomes,” she says, explaining that it’s all about managing your money. “If you are earning $100K and you want to spend $1000, as a proportion, it’s not a lot, so you keep spending and spending,” she explains. “But if someone on $50k takes out $1000, as a proportion it is a lot tighter.”

A little mind game to help you save money: “If you have one bank account with $5000 in it and you take $500 out, it doesn’t bother you; you have $4500, so you say ‘that’s okay I can afford it. But if you separate that $5000 into different buckets, say one is for your your homeloan or rent, one is for savings, one for your holiday, one for your schoolkids and one is for splurge or whatever, then you have $1000 in each of those accounts – if you take out $500 it’s going to hurt you because that is 50 percent of your money.”

Apart from strategies to reduce spending, the other parts of the book that readers will find useful are the chapters about starting investments.

“One of the biggest things I hear from women is: who has money to put to super? Why should I salary sacrifice?” Effie Zahos says. “Whether you love or hate super, for me it still has the best wealth investment strategy out there, because it’s a long term investment, you get dollar-cost averaging, you got the tax perks and the returns are pretty good.” This is something that she also learnt from personal experience. “I wish I salary sacrificed when I was a lot younger,” she says. Obviously I’m doing a lot more now.

I’m pretty proud with what I’ve done because I didn’t have help from my parents on that regard, although they did a
brilliant job giving me an education and did the best they could. I dedicated the book to my mother, to the strongest woman I know. She grew up in Greece, she was the youngest of 12 children and she wasn’t given the gift of financial literacy, she was pulled out of school to look after her brothers. She’s come a long way but I think that if she had financial literacy she wouldn’t have to work as hard as she had, because she is very smart. She is my idol, she has been a big inspiration for me.”
Another big inspiration has been her Greek upbringing. “I’m very connected to my Greek background,” she says. “I’m so proud of my heritage, of being an Australian Greek. I follow all the traditions, I’ve been to Greece and sometimes I feel that I’m more Greek than the Greeks. I My integrity, my honesty and my work ethic comes from my culture, I would say that who I am today has definitely been shaped by that.”