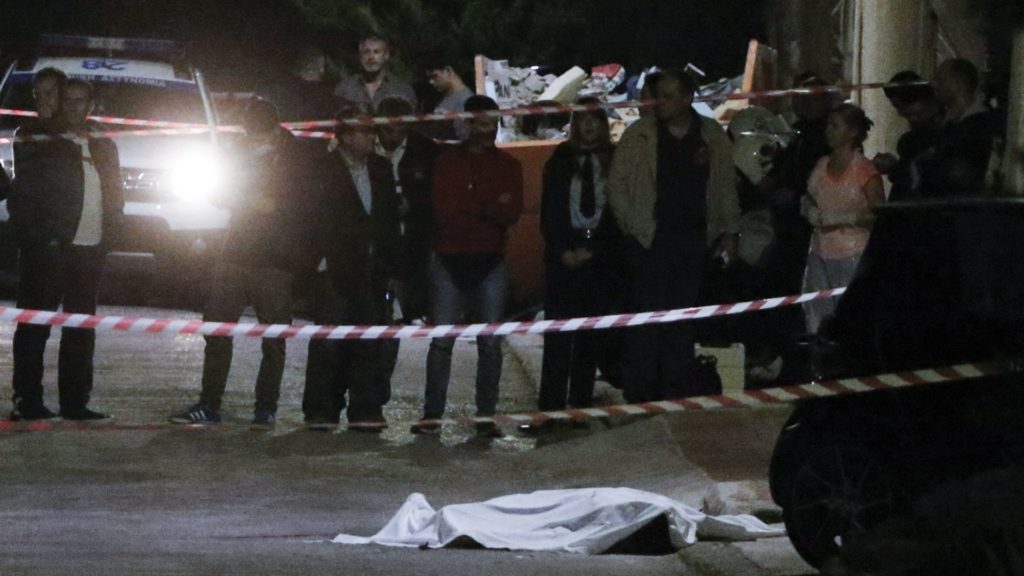 Police officers stand over the covered body of Greek-Australian John Macris who was shot dead outside his house in southern Athens in October 2018. Photo: Giorgos Kontarinis/Eurokinissi via AP

A Bulgarian man was arrested in Glyfada, an upmarket coastal suburb of Athens, in connection with the execution-style killing of underworld figure John Macris, 46, in October 2018.

Macris was shot dead when a man in a baseball cap fired a handgun through the side window of his car. CCTV footage captured the incident and also showed Macris’ escape from the car as a man continued to fire. He ended up dying on the scene.

Police investigating the crime have been examining the local drug trade and had sought links with the attempted murder of Sydney man Fadi Ibrahim. Members of the Ibrahim family had been cleared from the conspiracy to murder Macris in 2012.

Macris was described by Sydney lawyer Brett Galloway as being a small-time drug-dealer. At the time of his death he was married to a Greek reality TV model and was in the process of establishing a security company in Athens.

Police have now arrested a 31-year-old Bulgarian suspect in connection to the murder and are also seeking the suspect’s 35-year-old brother.