Days before the 18 May election, Bill Shorten explains his vision for Australia’s future and Labor’s policies affecting members of our community 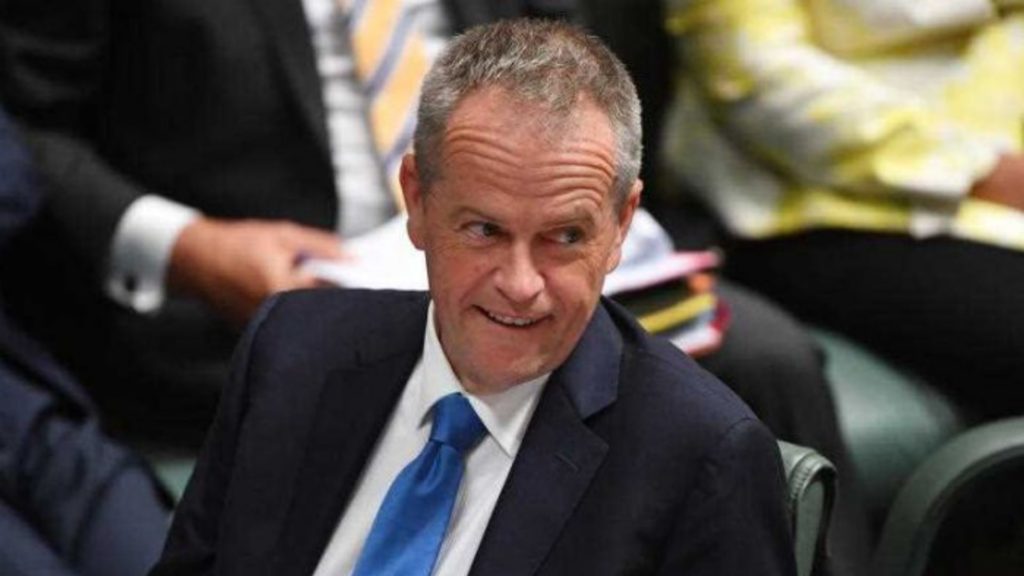 “Ever since I was a little boy, I have been incensed by injustice. I remember being five years old and seeing a family of 12 who lived across the road thrown out onto the street. I remember thinking, even then, that it was unfair, that you should be able to have a family of at least 18 before you were thrown out onto the street. I guess that’s when my passion for cautious incremental change was really ignited,” said Bill Shorten when asked why he wants to be in charge of Australia. And it is exactly this notion, his and his party’s perceptions of fairness that are the centrepiece of his pledge to the Australian voters. If they pass the test next Saturday, and most of the polls say they will, he will be Australia’s 31st Prime Minister. If not, his future in the leadership of the Labor party is questionable.

In an election campaign that has been characterised by many as a presidential one, Shorten knew from the start that he had to do a lot more than his political opponent in order to win this contest. With his approval rates considerably lower than Scott Morrison’s, he had to sell not only his ‘fairness viewpoint’ and the policies culminating from this ideological stand point, but to also display his prime-ministerial qualities and win over those who surmised he’s not up to their standards.

If you believe what the polls say, days before judgement day for his political future, Shorten has managed to make inroads on a personal level with his approval rating reaching his best high of 40 per cent last weekend, while at the same time losing some voters on Labor’s policy level, with the gap between Labor and the Coalition closing from six percentage points at the start of the election campaign to four, on a two party preferred basis.

The theme that cuts through his political program is the one of change. Shorten’s Labor is not for… ‘Business as usual’. His party’s decision to end the cash refunds on franking credits or the abolition of negative gearing, is one of those make or break policies for Labor. Shorten knows that it could potentially kill Labor’s prospects to win government. He avoids Neos Kosmos’ question on the issue of franking credits cash refunds and concentrates on other measures to ease the daily life of retirees.

READ MORE: Shorten tells the Greek community that they are the essence of Australian values

He knows that the change he is advocating for, challenges one of the most uncertain elements of any election contest, which is the one of fear. He also knows that Labor’s policies have to be the least, marginally agreeable for the Greens or other senate dwellers entering the parliament after 18 May, if he wants to implement Labor’s political program. He needs the numbers in the Senate after all, and the chances for Labor to secure a majority in the Upper House are very slim.

It was just minutes before boarding another plane that Shorten spoke to Neos Kosmos over the phone. The conversation started with a common theme in recent election contests, how much for the Greek Community of Melbourne.

“We will match the $5 million announced at the government’s budget for the Greek Centre hub in Melbourne and the establishment of a Hellenic Chair in Global Diasporas at Melbourne University. I also announced a $500,000 grant for the Cypriot Community of Melbourne. Also, as promised the Shorten Labor Government will invest an extra $8 million in community language schools, so more Australian children get the chance to learn other languages including Greek.”

Pensioners and a please explain attempt for franking credits

“First of all we are going to look after all of the pensioners in the Greek Community by providing, for the first time, dental care. Secondly, this government has spent five years trying to raise the pension age to 70. We won’t do that. What we are going to do for pensioners is give them $1,000 every two years for their dental care. It is a permanent payment. Also both sides of politics are offering the indexation of pension. We think this is a good way to help the pensioners and we are the only party offering this amount to help them with their dental care.

READ MORE: Putting the budget to the crash test – what’s in it for you?

“What we will do to relieve them from specialists costs is that we are going to provide $2.4 billion in extra cancer support. So we are hoping to practically put the specialist bills to zero for many people who are battling and had been diagnosed with cancer. Cancer is pretty big, it affects one in two Australians.

“The other thing of course that we have opposed apart from raising the pension age to 70, is this government’s rules [which] make it harder for Greek Australian pensioners to go back to Greece, where they require for people to come back after six weeks. We are going to change this so the pensioners can visit their motherland for more than six weeks without losing part of their pension. We are the only party who are going to do that.”

“We have no plans at all for a death tax. It is just a lie of the government to scare people. What they are trying to do is to cover up that they are doing nothing to help the pensioners.”

“Multiculturalism should be part of what we do in Australia and we will give it a focus of a cabinet minister as part of a broader portfolio.”

Are we going to be taxed more from Labor?

“What we are not going to do is give unfunded tax cuts to the top tier income earners in the future if it means cutting funds from schools, hospitals and aged care. What the government has done is offering tax cuts in the future, after the next two elections but they haven’t explained how they are going to pay for it. What we are not going to do is make a promise that is unfunded. I am not promising tax cuts that we can not fund.

“The government is turning around saying that Labor means more taxes because we are not promising unfunded tax cuts and somehow this is a new tax. They are making a promise that they have no ability to pay for. And how are they going to pay? By cutting funding to schools, hospitals and aged care. Those on the higher income brackets will not pay more tax. They are promising an illusionary tax reduction and because we are not playing the make believe fantasy game they are playing, they are calling it a tax rise.”

“Let me explain that no one who currently negative gears a property is going to be affected by our change. In other words, it is a future change. So if you’ve got a couple of investment properties nothing will change. Our changes are not retrospective at all. What we are saying going forward is that this country can’t afford to give away $35 billion to property investors, who might buying these properties in the future, instead we’ll use that money to look after the pensioners, to look after medical and look after the schools and all the other very important things which make Australia one of the best countries in the world. So it is a future change and it does not affect anyone who owns a negatively geared property. And indeed, in the future if you buy a building off the plan or an apartment that hasn’t been constructed, you will be able to negative gear it. The only thing that will change in the future is that as of 1st of January 2020, if you are to buy a new property you cannot claim a subsidy from the government because of loss of this investment.”

“I believe every Australian deserves the chance to fulfil their potential and I know that as a society and an economy we are always stronger when everyone experiences the fair go.”