Archbishop Makarios’ two-week tour of Melbourne comes to an end 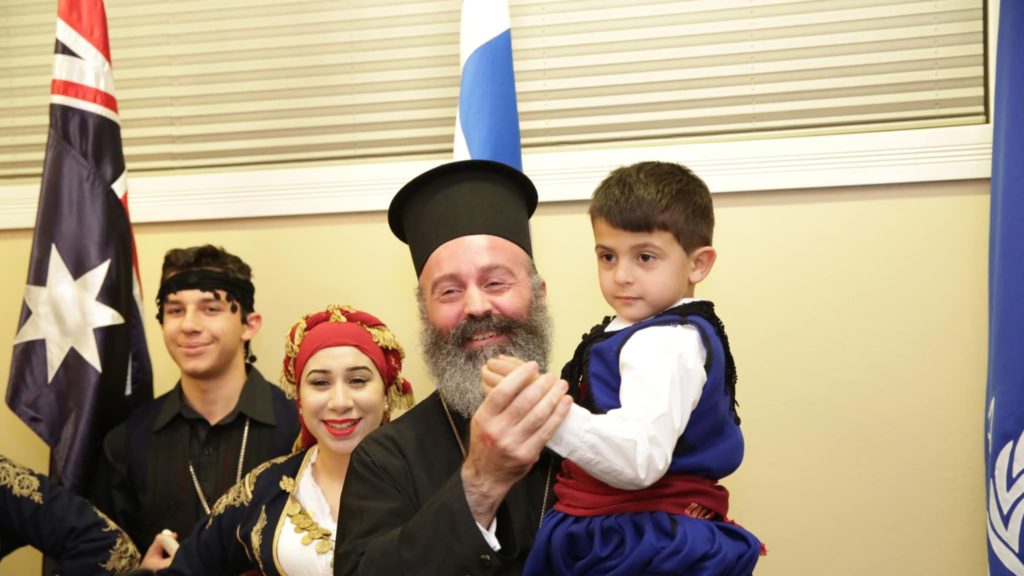 Archbishop Makarios rounded up the second week of his tour around Melbourne, visiting as many churches, Greek schools and organisations as possible while giving the promise of more to come when he returns to the city in October.

The main purpose of his visit was to explore the Greek community of Melbourne and examine the problems that the church currently faces in the city with the largest Greek population in Australia. Once a social centre for the early Greeks of the diaspora, the early church in Australia was more than a belief system – it was a way to ensure the survival of Greek culture and language and early immigrants turned to the institution for support.

Years onward, and the church, like many other Greek associations, has noted waning interest by second and third generation migrants that have assimilated into Australian culture.

Its survival depends on rekindling memories and roots. And the only way to do that is to remain relevant.

“It isn’t the same in all areas,” he said, pinpointing drug problems to be a major issue for Melburnians.

“While I offer antidoro bread or when people greet me I say a word or two with each one, and at that time, allow me to say that I ‘fish’, in the good sense. And what I sensed to be the biggest problem in Melbourne and the wider district are drugs and that is something that surprised me, because in Greece today (drug problems) are quite outdated.”

He also blames himself as a church representative for the extent that the problem has taken.

“I believe that if we had made stronger efforts, then our children wouldn’t have turned to narcotics,” Archbishop Makarios said, adding that the church should act as a family.

“A family plays a very important role in the course of the lives that children and young people have.”

Archbishop Makarios told Neos Kosmos that unity is important for the church.

“The schismatic churches were once a larger problem, however the late Archbishop Stylianos managed, in his way, to achieve a lot in this sector and assistant bishops of the Archdiocese worked with great ecclesiastic consciousness,” he said, optimistic that things will get better, adding that he has had meetings with representatives of these churches.

“I set preconditions and I also gave a time frame. I can see that what I asked for has been followed to the word, without diversion and if they do as they promised, then I will do what I promised and I will include them in the wider church,” he said, adding that there is “love, goodwill and the inclination” for unity on his part, adding that “Greeks and the Orthodox do not have the luxury to be divided”.

The reason he did not visit any of the community churches of Melbourne during this tour was also a matter of coincidence, and he told Neos Kosmos that this would be rectified on his next visit.