Turkey launches Operation Peace Spring, bloodshed in an effort to create a ‘safe zone’ for refugees 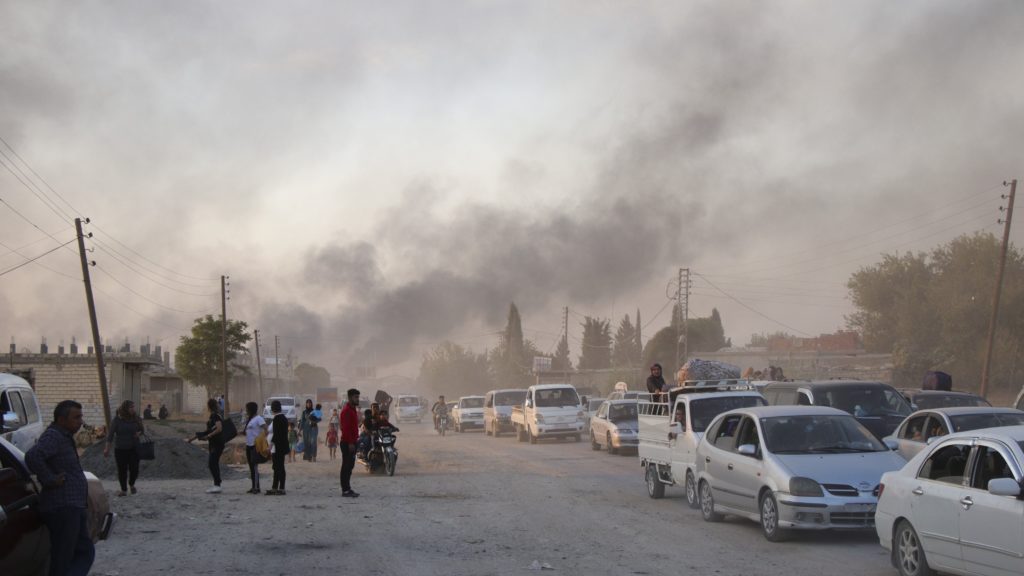 Turkey launched a military offensive against Kurdish fighters in north-eastern Syria days after a surprising decision by the US to pull troops from the area. The start of the operations were announced on Twitter on Wednesday (local) time by Turkish President Recep Tayyip Erdogan, stating also that he sought to “neutralize terror threats against Turkey” while pointing to a “terror corridor” in Turkey’s southern border

The Turkish Armed Forces, together with the Syrian National Army, just launched #OperationPeaceSpring against PKK/YPG and Daesh terrorists in northern Syria. Our mission is to prevent the creation of a terror corridor across our southern border, and to bring peace to the area.

The military operation began with air strikes against bases and ammunition depots of the Kurdish YPG militia.

Civilians fled Tel Abyad which was also struck, according to reports by Reuters that also pointed to panic in the region.

Kurdish-led forces in northeast Syria say that five civilians and three Syrian Democratic Forces (SDF) soldiers were killed in bombing of the border and dozens more were injured on Wednesday.

“From the first day I entered the political arena, I made it clear that I did not want to fight these endless, senseless wars – especially those that don’t benefit the United States.

“Turkey has committed to protecting civilians, protecting religious minorities, including Christians, and ensuring no humanitarian crisis takes place – and we will hold them to this commitment.”

Prior to the bloodshed, Mr Trump had threatened to obliterate Turkey’s economy if it invaded northern Syria, and the US is now in a dilemma due to its abandonment of its long-time allies, the Kurds.

Experts warn that a large-scale Turkish operation could result in a security breakdown in prisons holding ISIS militants.

There is fear that the US decision to pull out of the area followed by the Turkish attack would worsen regional turmoil. The European Union issued a statement urging Turkey to end the operation. “The EU calls upon Turkey to cease the unilateral military action. It is unlikely that a so-called ‘safe zone’ in north-east Syria, as envisaged by Turkey, would satisfy international criteria for refugee return,” said the 28 members of the EU bloc in a joint statement. Greece in particular is bracing itself for more refugees to come flooding through the borders.

Ankara, however, states its goal is to create a “safe zone” and return millions of refugees to Syrian soil.

President Erdogan released a photo to Turkish media showing him at his desk reportedly giving orders for the start of the attack aimed at eradicating “the threat of terror” against Turkey. He named the operation “Peace Spring”, proudly tweeting the launching of #OperationPeaceSpring against PKK/YPG and Daesh terrorists thus referring to the offensive against Syrian-Kurdish forces as well as the Islamic State.