Billy Cotsis’ new book takes us to the Crystal Palace 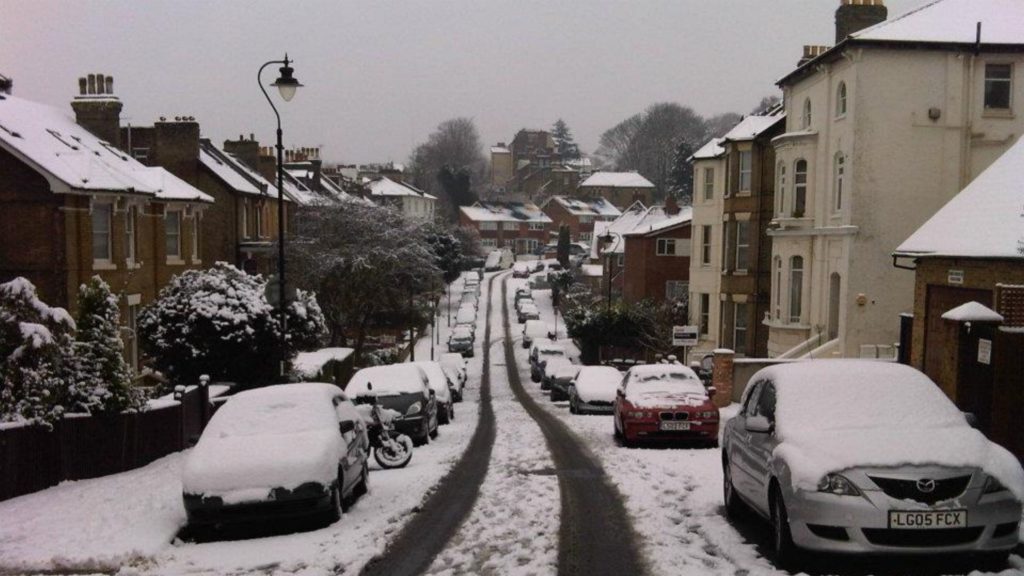 Billy Cotsis street when he lived there.

Billy Cotsis, Neos Kosmos’ own writer, is about to release his new book, Once Upon a Time in Crystal Palace.

His latest novel varies significantly from his journalistic and documentary work, usually focused on Greek communities or history around the world. His work allows him to return to a type of fiction he experimented with in the mid-2010s with a series of short film satires; only this time, his exploration takes written form.

“With Brexit coming and the fact I was a resident in Crystal Palace in London for a few years, I thought it would be a good time to write a story that takes in the divisiveness of Brexit. To make it work, I drew on a range of stories I experienced, witnessed or read about in London and elsewhere to create a range of characters who play for a fictional football team called Crystal Palace,” he says.

The main characters are of course Greek, and the local Greek Orthodox Church also comes into play on occasions to ensure a strong Greek flavour.
Cotsis goes on to explain that the team is “fighting relegation, trying to win the FA Cup as their form dips and each player seemingly becomes involved in a range of contemporary, societal issues.”

Those issues include domestic violence, bookies trying to influence sports, a hilarious attempt to avoid drugs, mental health and the role that friendship can play.

The main ‘players’ are a Greek Aussie called Fillipos, named after the King of Macedon, Phillip II, who is woefully out of form, and Alcibiades, who is his jovial Cypriot sidekick. Other characters include Cindy who runs their favourite pub, Olga who is pivotal to some of the themes, Jamal who is the team Captain and Jenkins who is a bigot and a Brexit supporter.
The book also explores women in the game, with a new female assistant manager Fernandinha being appointed to the team, as well as a bad ass player agent Raelene. Readers will also note the introduction of a woman to the commentary box and as a referee.

“Football remains a blokey run sport at the top mainstream end, but I think changes are starting to be embraced as we see women’s sport featuring more in people’s consciousness, media and within the running of individual sports. There is still a long way to go before there is parity,” Cotsis says.

As for Cotsis’ old neighbourhood in London, he takes a nostalgic look. “Crystal Palace, there is no place in the world like it. Eclectic, diverse, dinosaurs in the park, an Eiffel Tower of their own and a real sense of community. That all comes through in the book.”

His hopes for the book? “Aside from showcasing my nostalgic Crystal Palace and touching on some fast-paced stories and issues with a sense of humour and drama, I hope that people will also see my attachment to Belmore and Canterbury as the main star is of course from Canterbury. In fact, we draft in an X Factor player from Olympic FC and Belmore, Alejandro, who is based on the former LA Liga player Dr Alex Sanchez, who now plays for Olympic FC as their star striker. I even find a way to mention Mytilenean House which is in Canterbury.”

Should the book be well received, there is scope to make this into a film, which would be a dream come true. “My London based filmmaker friend Basil Genimahaliotis and I make a range of documentaries and it is hoped that we now have the ingredients to create a film. We have a trilogy about the Greek areas of Italy coming out soon,” he says. As the interview concludes, Cotsis makes the point that his proof readers came from all over the world. This includes a fellow author Melissa Georgiou in Finland, a teacher in Cyprus, Sophie Papatheocharous who read from a mountain retreat, journalist Gina Mamouzelos “who is not only a great supporter, she asked me to send her a draft to read within a few moments of hearing about the book,” Shirley Kapatanos Katsoulakos (assisted by husband Michael for some football references) in Sydney and Emmanuel Tooulou in Adelaide. Some of the pictures that were used as inspiration for the book came from Stella Karras-Brown in London just before publication, and the book cover was designed by Magdalena Braconi Gonzalez in Argentina. Even the typography inlay was set by a Spanish born football colleague, Dr Victor Jauregui. A truly worldwide effort, in keeping with the global nature of Crystal Palace and London.

*Once Upon a time in Crystal Palace is also available in Amazon from the end of October. The official launch is due on Sunday, 17 November at the Greek Bilingual Bookstore at 837 New Canterbury Road, Hurlstone Park. Initial stores will be Belmore and Kingsgrove newsagents, the Bilingual Bookstore and Amazon. For more info, contact ineuropewithbillycotsis@yahoo.com.au 0419245372