A dinner was held in honour of the Australian Ambassador to Greece, H.E. Jenny Bloomfield by the Hellenic Chamber of Commerce and Industry (HACCI) this week 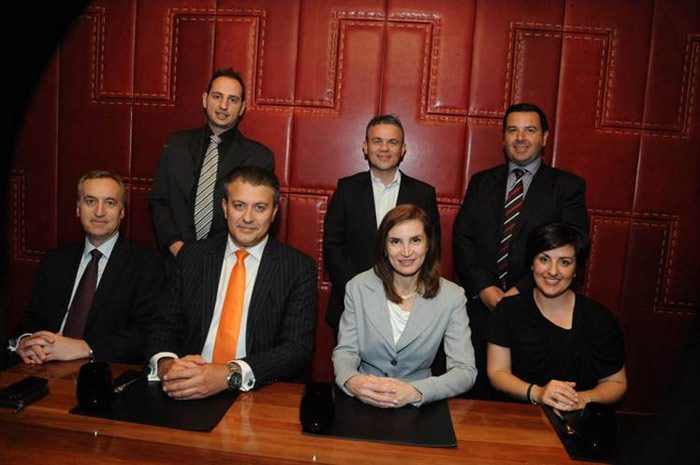 Ms Bloomfield updated HACCI on the progress of the Greek Australian Business Council based in Athens of which she is Honourary President and instrumental in its establishment last August.

Ms Bloomfield stated that the HABC has begun to undertake some activity and is confident that with time it will become an invaluable conduit and source of information connecting Greek and Australian businesses and that it will contribute decisively to the broader development of economic and trade relations between Greece and Australia.

In turn, HACCI gave the Ambassador an overview of the recent success of the Trade Delegation that visited Australia from Thessaloniki at the end of November including the overwhelming positive feedback received from the 16 participating companies who had over 100 B2B meetings organised for them by HACCI in Melbourne, and who see solid business leads and prospects in Australia based on the connections made here.

Ms Bloomfield congratulated HACCI on its programs and initiatives and on the important role it plays in the Hellenic-Australian community. She emphasised the importance of HACCI’s efforts to strengthen and further develop the bilateral trade relationship between Australia and Greece while preserving and building on the foundations of new connections and associations.

The Ambassador reiterated her commitment to supporting HACCI’s efforts to establish stronger bilateral relations between the two countries and expressed her wish to assist by supporting further projects in this regard in the future. HACCI thanked her for her support and will continue to work closely with both her office and the HABC in Athens.