Do we need to ‘reboot’ our policy of multiculturalism? 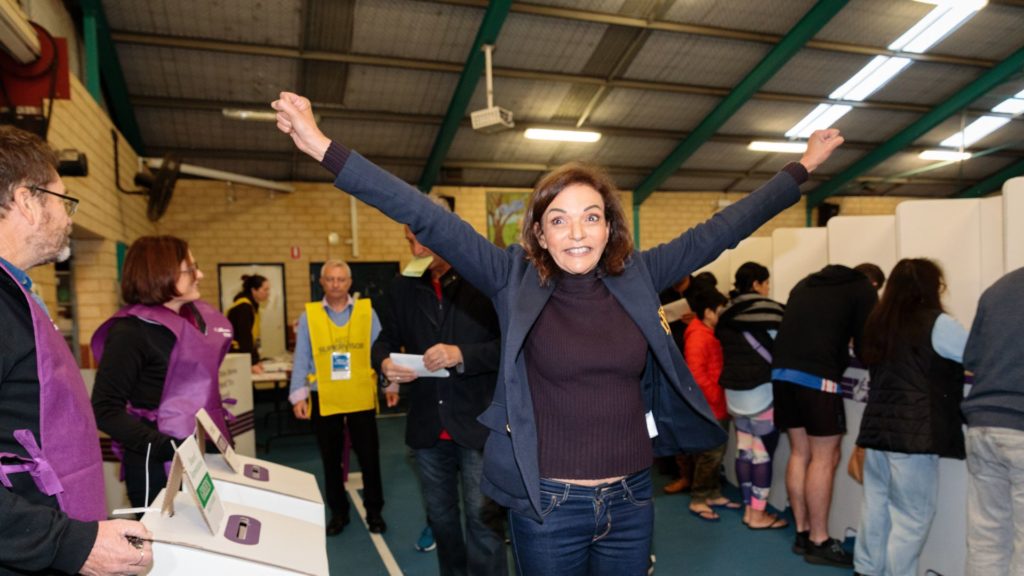 Labor MP Dr Anne Aly, in a media report on 25 January, called for a ‘reboot of multiculturalism’.

The Labor MP recounted how when attending a medical appointment in her Perth electorate of Cowan she was asked by reception staff: “Where are you from? Because you’re not from Australia.”

This question is a perhaps more common in Perth than Melbourne or Sydney. It is doubtful that medical reception staff in Coburg, Victoria, or Liverpool, NSW, would ask such a question. More likely they would be of non Anglo background themselves. Also, we can only assume that “the woman behind the desk”, as that Dr Aly refers to her is Anglo – we don’t know.

Nevertheless, Dr Aly makes a salient point. How often have we, as Greek Australians, been told, “I won’t try to pronounce that name”, after we give our surnames to staff, or have been asked “What nationality are you?” When they mean what is your cultural background.

Often these types of questions are benign, if irritating. They reflect an implicit understanding that Australians – with the exception of Indigenous Australians – come from somewhere. Equally, they may reveal more about one’s class and education rather than hardwired racism.

In Dr Aly’s desire to reboot multiculturalism she refers to reports that outline the experiences of racism by Victorian high school students, and the reality of highly-skilled migrants being forced to do menial or less qualified jobs.

There is of course the other side. Poorly skilled migrants, like many post-war Greek and Italian migrants began their life in Australia in menial factory jobs and over the years developed businesses, bought property, created wealth, and their children have attended university and become professionals.

Dr Aly herself is a great model of the success of multiculturalism as the first Muslim woman elected to Federal Parliament from Western Australia. And, for those that know Western Australia, it is not exactly a poster child for diversity, not as much as NSW or Victoria.

In contrast to most modern nations Australia’s multiculturalism has done well. We do not have significant inter-ethnic conflicts, no violent racially-born street brawls and there are no sectarian conflicts. Egypt, where Dr Aly’s family migrated from, has suffered horrific racial and faith-based violence in recent years as members of the Muslim Brotherhood burn Orthodox Churches and kill scores of Egyptian Christians. In Burma we have seen the forcible displacement and mass killing of Myanmar nationals of Muslim faith, and Rohingya ethnicity. In China we see the imprisonment in re-education camps of Muslim Uyghur, who are Chinese citizens. Egypt, Myanmar, nor China, can claim to have democratic credentials, however citizenship is no guarantee of cultural safety in those states.

However, much of Europe, (especially Eastern Europe), has experienced spikes of violence against refugees, immigrants, Roma, and religious minorities. France has seen a disturbing rise of anti-Semitism. Anti-Muslim attitudes are rife in Poland, Hungary, and Russia. Attaining citizenship as a foreigner in Europe is difficult and cultural assimilation is a prerequisite, especially in Nordic nations. Greece, at the height of its financial crisis saw the rise of the violent Nazi affiliated Golden Dawn and anti-refugee sentiment remains high. Anti African racism has become common in football marches in Italy and other nations. Interestingly, Britain which is leaving the EU, has the most formed multicultural policies and even under the populist new PM Boris Johnston one of the most culturally diverse cabinets.

The anaemic responses to multicultural policy by Labor and Coalition since the mid-90s, that Dr Aly alludes to, has allowed race and new identity politics, born in the US, to colonise our very distinctive policy. Our multicultural policy was exceptional in determining language as a key aspect of diversity.

Once we talked of non-English-speaking-background not of ‘white’ people, or people of colour. In that context policies were developed that allowed migrants access to services and programs based on their English language skills. We see a diminishing focus on Languages Other Than English, (LOTE). We once had clear policy directions on a Federal and State government level to teach community-based languages be they, Arabic, Greek, Mandarin, Vietnamese, Italian and so on, as well as commercially based LOTE. The diminishing programs in language learning can not augur well for multiculturalism or Australia.

Finally, the reality that Labor’s catastrophic loss last year to the Coalition had much to do with Labor’s focus on new identity politics. Labor once led in communication efforts with culturally diverse constituents, not this time. Many Chinese Australians, Indians, Greeks, Italians and others voted for the Coalition.

Greeks, even if once lock step with Labor, saw danger in Mr Bill Shorten’s anti-aspiration messaging. The fear that negative gearing would be abolished did little to enhance Labor’s credentials among migrants who see it as a way of building for their future and their children.

Racism exists, there is no doubt, but Australians on the whole are far less racist and much more accommodating than people in other nations. Migrants feel more confident here than say in Sweden, Greece or Italy. Dr Aly is correct, we do need to reboot multiculturalism but to do so we need to make it a policy as it was once – broad, bipartisan, language focused and overall, unifying.