Court nostalgia in time of lockdown 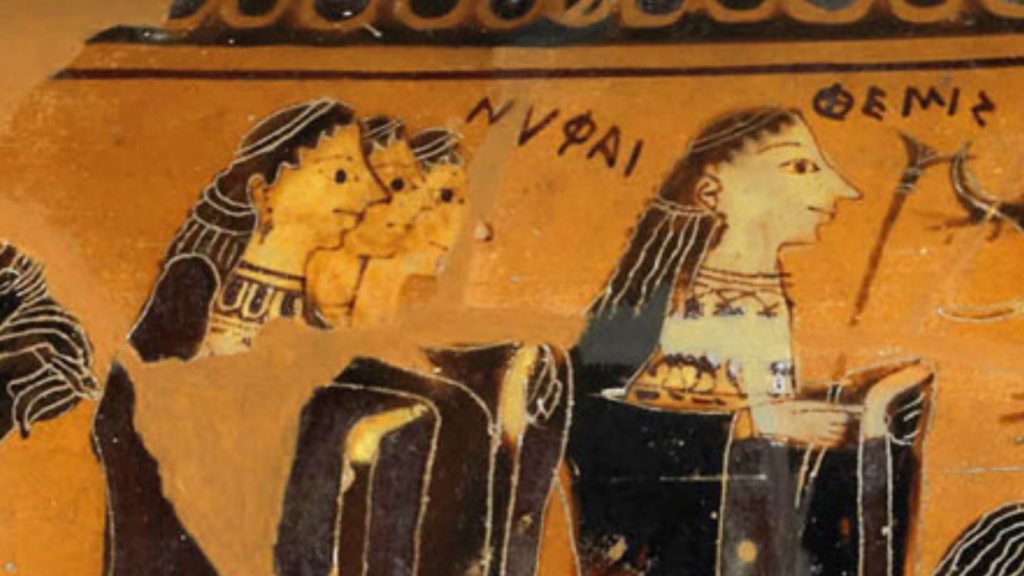 For the Greeks of old, justice was not an abstract concept but rather a physical being, the Titaness Themis.

Generally speaking, court appearances, which form a significant proportion of the daily tasks of the legal practitioner, are the bane of my existence. Just as I have recurring nightmares of sitting my Year 12 Maths exam having not attended a single class all year (which is how my conscience pulps my memory and reconstitutes it in order to accuse me, for I never did miss a maths lesson; rather, having not understood anything that transpired therein, have no abiding memories of them), so too do I have recurring nightmares of standing at the bar table, hands trembling, summoning the spirit of Dennis Denuto as I attempt to marshal the various disparate legal arguments in my head, under the cool and steely gaze of the adjudicator.

For the Greeks of old, justice was not an abstract concept but rather a physical being, the Titaness Themis. Moses Finlay remarked of the name, as used by Homer: “Themis is untranslatable. A gift of the gods and a mark of civilised existence, sometimes it means right custom, proper procedure, social order, and sometimes merely the will of the gods (as revealed by an omen for example) with little of the idea of right.” That is exactly how, on certain days, I feel about civil procedure, that abstruse conglomeration of arcane Anglos-Saxon rituals that enforce gentlemanly conduct in the courtroom, prescribing whose turn it is to bat, whose to bowl, and who is guilty of placing their leg before the wicket even before court is in session.

Themis is traditionally depicted bearing a sword, not to decapitate transgressors of the law, nor to cow law abiding citizens to further obedience, nor even to cut the cost of legal proceedings but rather, to cut fiction from fact. The Greek Themis wears no blindfold because such tasks require a good deal of perception. When she is disregarded, or afforded disrespect, the Greek personification of Justice calls upon Nemesis to bring forth just and wrathful retribution. When, on the other hand, she if given due deference, she is placid and benign, being described as “she of the lovely cheeks,” a compliment that must be prefaced by a lengthy introduction and supported by copious judicial authorities if it is to be extended to a modern day Magistrate, especially given that one does not necessarily seek to summon Nemesis upon oneself, in the form of the Legal Services Board Disciplinary Tribunal.

READ MORE: Map shows how different postcodes are affected by COVID-19: Do you live in a ‘red zone’?

That Justice is gendered says much for the natural order of things. Even more profound is how the female divine being was appropriated and suppressed by the Greek patriarchy. Themis was the first consort of Zeus. Not only was she just and wise, she was also prescient, standing by Zeus’ throne and affording him sage advice as he went about impregnating nubile partners. Themis was able to advise Zeus that any children born of his coupling with the Titaness Metis, would grow to be more powerful than him and overthrow him. Zeus promptly turned himself into a fly and swallowed Metis, a rather ironic act considering that in the form of Zeus Apomyios, or Zeus Shoo-flyer, he was worshipped as a fly repellent by the Elians. Zeus promptly developed as large a migraine as I am usually afflicted with the night before a case, and it was only when he struck his head with a hammer, releasing a fully armed and ferocious Athena, complete with war-cry, that he obtained relief. I too feel relief when unleashing a particularly potent argument upon my learned colleagues, though most often this is only semi-armed and as far as war-cries go, a mere whimper.

Rituals abound even prior to entering court. For example, going through the metal detector in the court foyer just before the lockdown saw Themis bar her chambers to the entire profession, my passage was greeted by a multitude of beepings.

– I’m not wearing one I responded.

She leaned forward, extended a muscular hand and grabbing the rim of my pants she affirmed:

– Must be your zipper.

– I don’t know how to remove my zipper, I responded.

She began to glide a portable metal detector deftly over my person and stopped when she heard a beep, when she reached my wrists.

Sighing, she began to pat me down vigorously.

– I think my cuff links are to blame, I ventured.

Grabbing my wrist tightly, she tugged up at my sleeve asking:

Taking a peek, she emitted guttural sounds of approbation, exclaiming:

– Oh, oh, oh, these are amazing. They are so gorgeous. I absolutely adore them. Hey Bec, come and have a look at these!

A giantess, lurking behind the detector, lurched over.

– Check out these killer cufflinks. I bet I could get matching earrings.

– Ugh, the giantess answering to the name of Bec exclaimed and lumbered away.

All the while my wrist was getting sore as my cuff link was fondled again and again.

– What kind of stone is that? the lady asked.

– Dunno, I think it’s glass, I informed her.

– Is it your birthstone? she persisted. It’s fantastic.

– Where did you get them from?

– My wife got them for me, I answered.

– Oh she said sharply and dropped my hand with a sudden movement.

Slowly I walked into the court room, wishing that people would engage with me for the beauty of my wit and the rapier sharp quality of my advocacy rather than the beauty of my fashion accessories.

Then there are the days when one walks into a courtroom and prepares to bowl over the judge with eloquence that would make Demosthenes stutter.

– Your Honour, I appear for the defendant.

– Yes, Mr Kalimniou. Am I saying that right?

– Your Honour is the personification of diction. I appear for the defendant and seek leave to…

– Yes, your Honour. I seek leave to file this…

– Is your name Cypriot?

– No your Honour. I seek leave to file this affidavit out of time..

– Are you from Asia Minor?

– There were lots of Greeks in Asia Minor prior to 1922. Are you from Asia Minor?

– Your Honour, I was born in Melbourne.

– I have no memory of where I was before that time your Honour. If I could draw your Honour’s attention to….

– Because you know that Constantinople belongs to Greece.

– Don’t you agree? That Constantinople belongs to Greece.

– Well it was a Greek city. It was taken by the Turks.

– That was a very long time ago your Honour.

– Well it is Greek. They should give it back. Constantinople belongs to Greece.

– Is your Honour minded to making a ruling on this point?

And of course there are the days, where adjourning to opposing Counsel’s chambers to conduct negotiations while the court is adjourned for lunch, one exclaims: “What a magnificent view. I can see Saint Patrick’s Cathedral from up here,” only to be met with the response: “That’s not a Greek church.”

My riposte, as I choke on my spanakopita, is met with stony silence: “Neither are you, but I can still see you.”

These days, court appearances are made by telephone, video or perilously for all those who pride themselves on their ability to elegantly phrase an argument, by written submission, with sub-headings, key sentences and numbered paragraphs. While one does not miss the chest-puffing, peacock strutting counsel striding into court trailed by anxious solicitors carting trolleys of files, or the existential strainings of legal practitioners unburdening their interlocutory applications upon the court lavatories, Themis, the great goddess is sorely missed. As the oracular voice of the Earth, and indeed, some of the judgments of her judicial descendants are as cryptic as the oracles of Delphi, which she founded, direct contact with her is needed in order to instruct us mortals in the primal laws of justice and morality, such as the precepts of piety, the rules of hospitality, good governance, conduct of assembly and the downloading of monitory apps.

As the poet Pindar observed: “For in matters of many a purport, veering on every wind that flows, fitly to make due disposition with an upright mind is hard indeed.”

Legal viagra if there ever was some.