“I was always telling the truth,” says Sotiris Tsiodras as he bows out from the spotlight 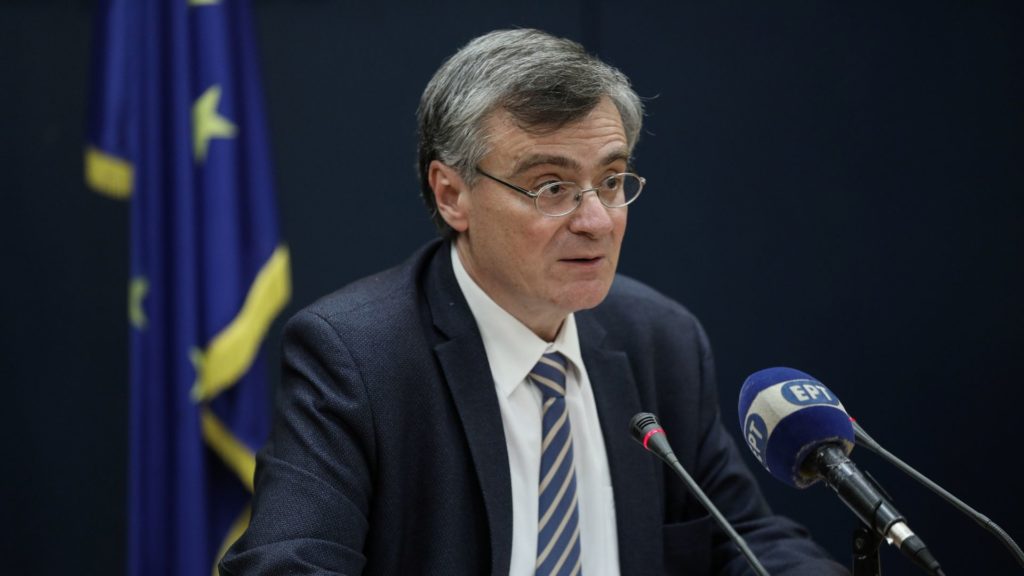 Australian-born Professor Sotiris Tsiodras, the immunologist who has been widely credited for spearheading Greece’s successful campaign against COVID-19, gave his last address to the public on Tuesday.

In his final briefing after four months of daily announcements, Greece’s Health Ministry Spokesman Professor Tsiodras stressed that Greece would be mourning 13,685 coronavirus-related deaths had measures not been taken. Instead, less than 1 per cent of the population had been affected by the disease.

Since the start of the pandemic in Greece, the number of cases has reached 2,892. Of the total cases, 628 concern individuals infected during travel abroad and 1,644 people who were infected in Greece.

In hospitals, 18 people are in intensive care. Their median age is 69 years and 4 of them are women. An overwhelming majority (83.3 per cent) have an underlying health issue or are aged 70 or above.

In presenting the last figures related to coronavirus, Professor Tsiodras also made personal mention of his own feelings. “All this time, I have not felt anything different than all of you, and have just been a person addressing others. A person with weaknesses, a person who should not be promoted as a role model,” he said.

“Just as my teachers had also taught me, I became a student in a situation filled with uncertainty which I on occasion presented to you. Some spoke of contradictions without following the international scientific developments, without having the real data, without giving scientific arguments.”

He said that throughout the COVID-19 crisis he “was always telling the truth” and that the “enemy has not had the last word”.

He said that he preferred not to enter dialogue or give ground to non-scientific debate. He said that Greece had faced the worst time since WWII and it was easy for “lies to be mixed with truth. For truth to be presented as lies. For paranoia to be presented as logic.Such behaviours did not help, do not help and will not help in the future,” he said.

The lockdown, according to Professor Tsiodras, was a brave decision. And he congratulated his compatriots for their cooperation.

READ MORE: Empty Athens ‘before and after’ photographs… a robust city where the streets lie empty

He ended his last meeting with a quote by great Greek poet Odysseus Elytis:

“I can become happy with the simplest things the most insignificant..
even the every day ones of every day.
It is sufficient for me that weeks have Sundays
and I am satisfied that years keep their Christmas for the very end
that winters have stone houses dipped in snow
that I know how to discover the hidden bitter herbs in their hiding places.
It is enough for me that four people love me
a lot..
It is enough for me that I love four people
a lot..
that I spend my breath on them alone;
that I am not afraid to remember;
that I do not care if they remember me;
that I can still cry
and that I even sing..sometimes…
that there is music which fascinates me
and fragrances that enchant me..”