“An appeaser is one who feeds a crocodile – hoping it will eat him last.” Winston Churchill 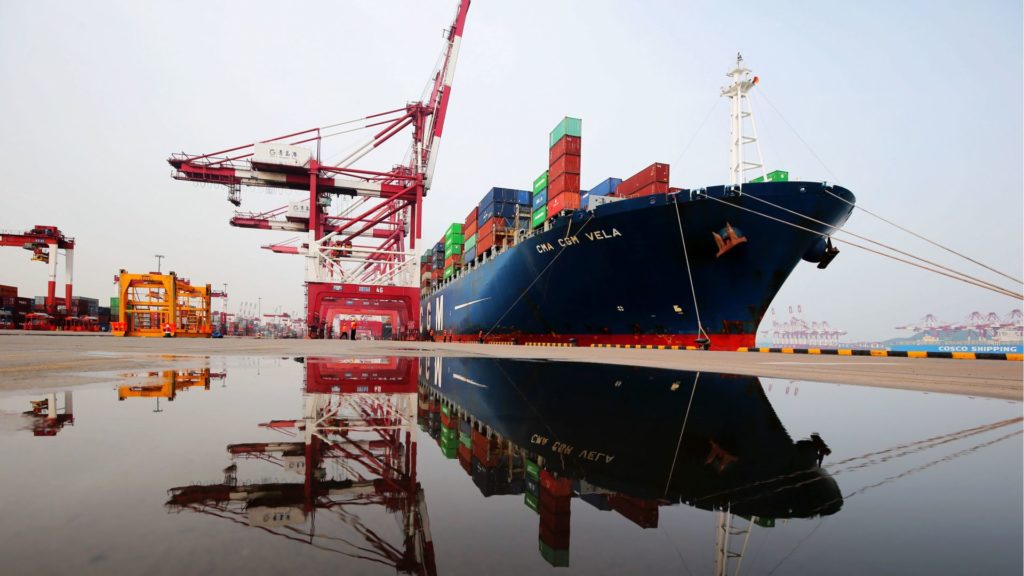 Each time I discuss Greece’s success in containing coronavirus and that Greece has in fact, proven it can be the exception to the European rule (of blunder and failure), people invariably ask, “what is the population of Greece?”

When I inform them that the population is 11 million, I invariably get the same surprised response… “Is that all?”

The reason for people’s astonishment? – Pound for pound, we Greeks pack a mighty cultural punch and have done so over millennia.

So let’s take five and think about the Chinese who have an equally proud history and culture and have had a profound impact on world history.

Australia’s record run of 29 years without recession owes its success, to a large extent, to the reforms instituted by the Hawke/Keating Labor Governments of the 1980’s and 90’s.

The recession we ‘had to have’ was the forerunner to the ‘Periclean Glory’ we have since enjoyed. But Keating’s economic reforms only explain part of the story.

Over this period, 300 million Chinese have migrated from the Chinese countryside to the cities. This represents the largest migration of humanity in the human history.

China is now home to 15 of the 50 most populous cities in the world. And yes, this includes Hong Kong.

This economic transformation has required massive amounts of raw materials (iron ore, coal, natural gas, etc) and with a growing middle class, China now has a call on a growing number of other Australian products – beef, wine, wool, dairy. And the list goes on and on and on.

China is also Australia’s biggest source of overseas tourists and university students. On both counts, it’s daylight to second.

Our economic success is to a large extent due to China’s’ once-in-world-history gorging of Australia’s ‘golden soil and wealth for toil’.

Shouldn’t this confluence of circumstance be cause for celebration? At a time of the massive upheaval around the world, we are now being asked – like a school girl – to choose our BFF (best friend forever).

We are being asked to choose between our ‘allies’ (with whom we are told we share the same liberal democratic values) and our largest trading partner. A few questions arise.

In 2020, does the USA really espouse liberal democratic principles as we understand them? No Medicare, a threadbare health system and social safety net and divisive, cringe worthy, demagoguery from a powerful elite.

Do welded doors in Wuhan during a forced shutdown rate worse than the recent civil unrest and curfews en masse across the entire United States?

Does China’s authoritarian, if secretive, response to COVID-19, rate worse than the UK’s bumbling ineptitude that has resulted in 40,000 deaths? Or that of the US, which has resulted in more than 40 million(!) joining the ranks of the unemployed and the gap between the struggling masses lining up at food banks and the obscenely wealthy 1 per cent, grow even more stark.

Are we more enamoured by police brutality and wealth inequality in the States and across Western Europe than we are by the crack downs on the streets of Hong Kong?

READ MORE: ‘New era’ of engagement for Greece and China

To borrow another Churchillian quote, we have been told that “A state or society where men cannot speak their minds cannot long endure”. Really? Evidently, the Chinese beg to differ. They too have an opinion and might it be time that we accept that it doesn’t fit neatly with ours?

For hundreds of years the Chinese led the world, culturally, scientifically and boasted a population that dwarfed that of Europe – which was intermittently ravaged by wars, famine and plagues.

In the 1800’s and 1900’s the west humiliated China by pillaging its economy and people on an industrial scale – something the British in particular, had perfected in many parts of the world.

From a Chinese perspective, this period was an aberration and China asserting itself in the world is simply something that they view as their ‘destiny’. We hear lots of howls of protest but I can’t remember the same dissenting voices castigating John Howard when he spoke of Australia’s “providence”.

Under Xi Jingping, the Chinese have gone full throttle on their Marshall Plan. Remember the investment plan that after WWII, pulled a decimated Europe, including Greece, into the American world orbit? The State of Victoria has been chastised for signing up to the Chinese Belt and Road Initiative. Uncle Dan concurs with Keating. That is, that we should find security in Asia, rather than from Asia.

And so have 131 other countries, including Greece. Isn’t this simply economic reality in 2020?

In an attempt to pander to Australian’s base instincts, my local MP, Gladys Liu, the Federal Member for Chisolm and the first Chinese born lower house MP states that we “do not trade off our values for business”. Noble.

Dear Gladys, it was not for nothing that Socrates observed «παν εμπορευώμενος, ίσων απατεών». Everyone in business is compromised. It has always been thus.

We have been compromising values for business for ever – with the British, Americans, Japanese and now the Chinese. Normal. Any student of history surely understands that to coexist, to do business, you compromise. The two are synonymous.

In Australia’s greatest time of need, in 1942 when the British abandoned Singapore in the face of Japanese invasion, the strength of our alliance with Mother England was found wanting. Today, with a delusional president at its helm and the US doing sneaky trade deals with the Chinese at Australian farmers’ expense, I am afraid there are eerie similarities.

It is time for Australians to learn self-respect and develop a self-regard for Australia, above any single ally. It is time we ‘doff our lid’ to Australia first – not to the Queen, Uncle Sam or Chairman Mao and understand that in a big wide world, we have multiple allies and have to simultaneously manage competing interests without servitude. And yes, often some harbour long term sinister intent. Ta μάτια δεκατέσσερα. Just the facts.

When are we Australians going to grow up be a big boy/girl and learn to be able to walk and chew gum at the same time?

Agenda Item No. 1 for the newly minted National Cabinet – becoming a Republic.