The Greek Australian songstress, has yet another award to add to her accolades. 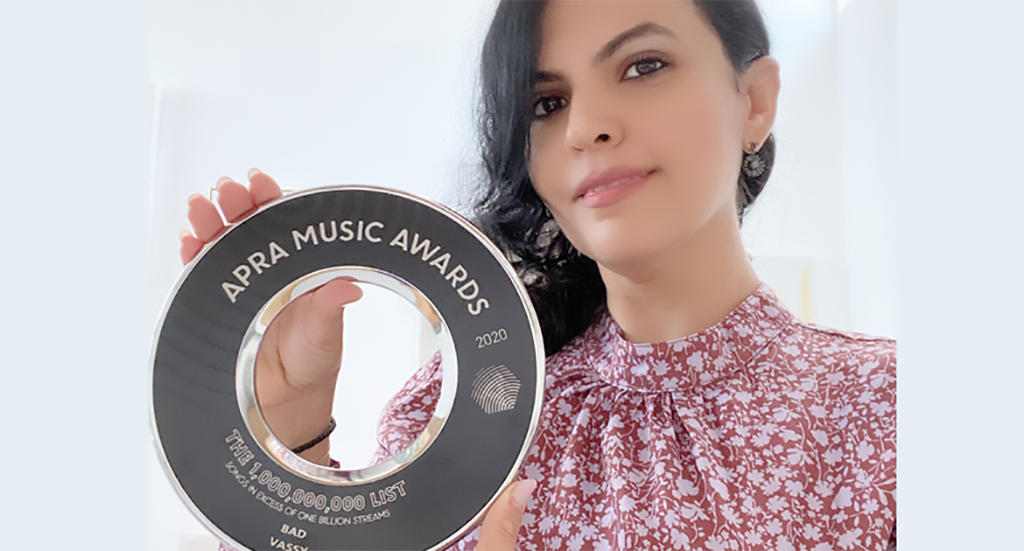 VASSY, who was raised in in Darwin but is based in Los Angeles, has joined The APRA AMCOS’ The 1,000,000,000 List for her collaboration with David Guetta and Dutch duo Showtek, titled ‘Bad’.

VASSY was honoured for the songwriting achievement, which is given to APRA AMCOS members in recognition of more than one billion streams for a song.

“It was so exciting to receive this award for being on the The 1,000,000,000 List. It’s such an honour considering that my career first started with being acknowledged by APRA AMCOS in Australia before I left for the US. And, now being acknowledged once again for one of my biggest records that I wrote and performed, which went number 1 in many countries around the world, putting me on the map globally as an Australian artist, singer and songwriter,” VASSY said upon delivery of the award to her LA home.

“A huge congrats to VASSY from the whole BMG team both here and around the world. It’s great to see her hit such a milestone and join this exclusive streaming billionaire’s club with this incredible tune,” said Heath Johns, Managing Director, BMG Australia and New Zealand.

“Huge congratulations to VASSY on her billion streams for ‘Bad,’ one of the many hit songs that she has been a major collaborator on. Her incredible songwriting talent has taken her to the top of the charts worldwide, and we couldn’t be more proud of all that she has accomplished both at home in Australia and overseas,” said APRA AMCOS CEO Dean Ormston.

Also read: Tanya Ganas on breaking the barriers of style and fashion