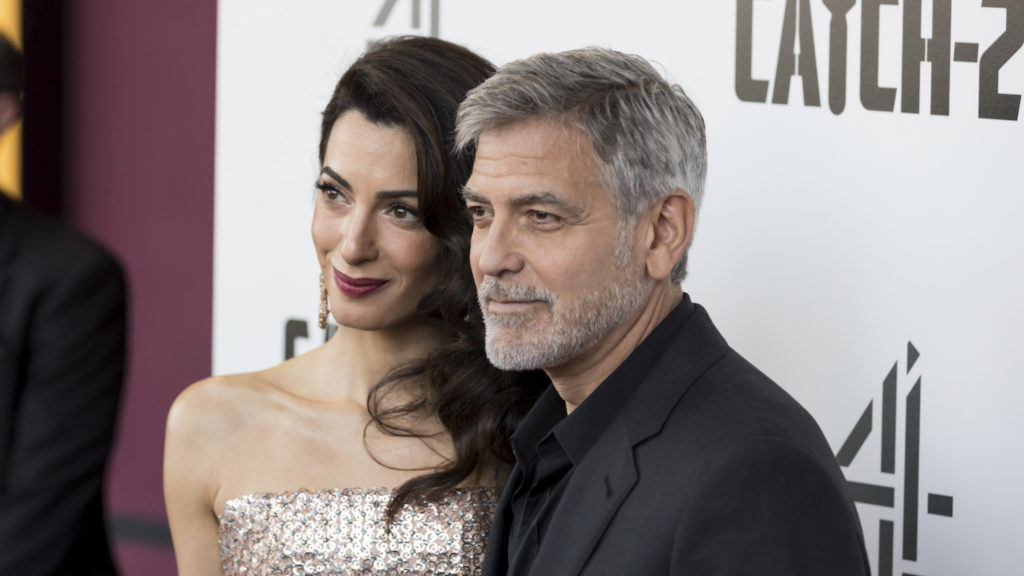 Actor George Clooney and barrister Amal Clooney, pose for photographers on arrival at the premiere of the television mini-series ‘Catch22’, in London. Photo: Grant Pollard/Invision/AP

The conversations he had with Amal, on the fate of the Parthenon Marbles and the backlash he received while supporting her cause made their bond stronger.

Speaking to the news outlet last weekend the famous actor and director talked about the negative treatment he received from the then Mayor of London and now Prime Minister Boris Johnson, when he argued openly about the return of the Marbles.

That was back in 2014 when Clooney was in the UK promoting his movie The Monuments Men.

“I owe part of my current domestic contentment and job satisfaction to Johnson,” Clooney told the Observer jokingly.