12-year-old Peter Tzirozidis was the hero behind a vicious house fire, caused by a Smart Meter, that destroyed a family’s home in Christmas Street, Thornbury 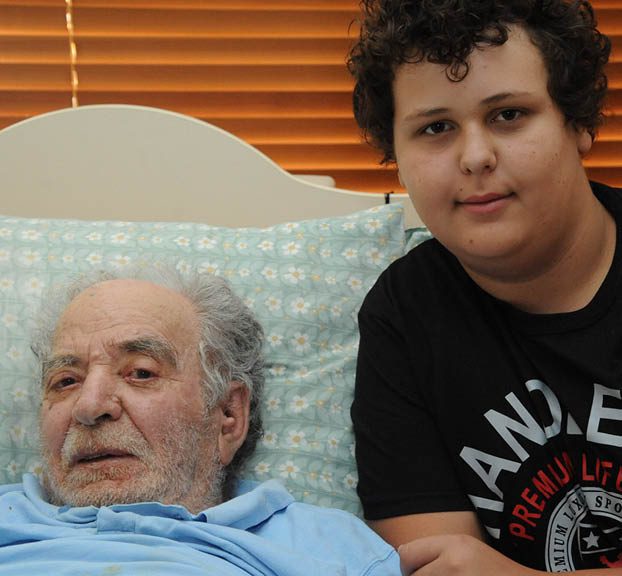 12-year-old Peter Tzirozidis was the hero behind a vicious house fire, caused by a Smart Meter, that destroyed a family’s home in Christmas Street, Thornbury. The courageous young man noticed the house fire and immediately alerted neighbours to save his grandparents who live in the house, including his bedridden grandfather.
His mother Sophie Tzirozidis, who was out walking the dog when the house fire began, heard her young son screaming on the street waving his hands for help, and immediately ran home to see her family home in flames. She also noticed that the smart meter had sparked the fire that quickly spread to the roof. She said she could see “flames coming out of the Smart Meter” that caused the fire to extend to the roof.
“The police, ambulance and fire brigade came and it looked like a scene out of a movie,” she told Neos Kosmos. “When I came back – bang – it was like a big explosion happened.”
Ms Tzirozidis added that her son “got the shock of his life” when he noticed the house fire and knew he had to do all he could to get his grandparents out and to safety. Three neighbours had to carry her housebound father out of the house, who was taken away by the ambulance to check for smoke inhalation.
The fire took firefighters between two to three hours to contain. Ms Tzirozidis was told that this was the third incident of Smart Meters causing a house fire they had seen in Northcote.
“I didn’t want the Smart Meter,” Ms Tzirozidis said. “They just installed it in our area, everyone got it on Christmas Street.”
She said if she had known that it could cause that much damage, she “wouldn’t have gotten a Smart Meter”.
Building has just begun on the 30-year-old family home in Northcote, even though the fire occurred on May 9, 2012 and caused approximately $350,000 damage to the property. She said that although the insurance will help rebuild the house, the family are the ones who suffer the most having lost so many memories and contents that are irreplaceable.
“Everything is gone,” Ms Tzirozidis added, “all the photos, my kids when they were little they are all gone. It makes me angry because Smart Meters are dangerous and people shouldn’t go through this.”
Following the fire, Ms Tzirozidis contacted CitiPower who advised her that the fire had nothing to do with the Smart Meter, and was most probably caused by the wiring of the house, adding that it was old.
“Why do we have to go through this because of Smart Meters?” she asks. “There’s going to be another family that’s going to go through the same thing as us.
“People need to know the dangers of Smart Meters.”