Demitra Sealy has been accepted on scholarship into one of the world's most prestigious acting institutions, The Actor's Studio in New York

Demitra Sealy is not your average 22-year-old. In between winning awards, acting in feature and short films, being a presenter on the award-winning MerakiTV, and singing in clubs around Sydney, Demitra has just been accepted on scholarship into one of the world’s most prestigious acting institutions: The Actor’s Studio in New York, the city of dreams! The Studio, headed by Al Pacino, Ellen Burstyn, and Harvey Keitel, is famous for coaching Marlon Brando, Marilyn Monroe, James Dean, Robert De Niro, and more.

Neos Kosmos caught up with the young actor recently to find out more about her career, aspirations, and thoughts on the local industry.

The Actor’s Studio Masters program, with a rich history of acclaimed graduates, is a real achievement. How did that come about for you? What did you think about New York?
If you watch Inside the Actor’s Studio (based on the Pace University campus) it will only take you a second to figure out why I want to go there. The place is amazing! The people you’re exposed to, the knowledge I will gain, the culture and history of the place and in one of the most amazing cities on earth. At the very least, it’s going to be a real adventure.

Going over to audition in January this year was my first time ever visiting America. It was a wonderful and terrifying experience right outside my comfort zone; the place I often find myself when pursuing my acting. A moment of many firsts. I saw snow for the first time there too and, yes, it was magical, like something out of a Disney movie!

Tell us about your TV and film career.
I have a few pretty exciting projects coming up for me mid-next year that I have to keep secret for a while but right now I can tell you that I have been cast to play a lead role in the new Australian horror feature film Cinema Club. Steven Carnuccio, the writer, is incredibly talented and wrote the role specifically with me in mind. I swear, I’ve never been so flattered!

I also recently came off this great Australian indie feature film called Benefited. The film shines a light on issues of domestic violence in Australia, and the lack of safe housing support available for women and children suffering in these environments. It is written, starring, and directed by Clare McCann. I shared a lead role playing the younger version of the main character Dity.

I have enjoyed being a voiceover artist also. My voice appears in a number of commercials, animated films, and video games. 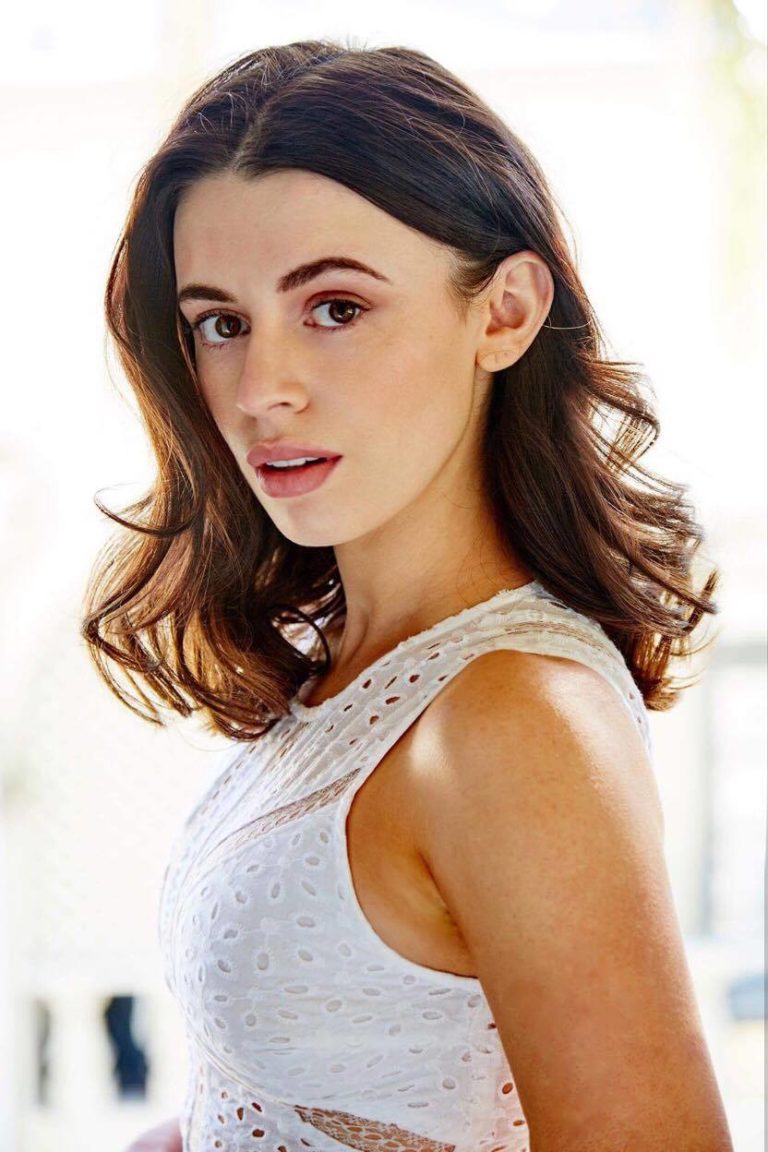 I know you have been busy in theatre with the Bell Shakespeare Company Graduates Program, The Hayes Theatre, and a number of issues-based projects.
Yes, I have been around, ha ha! I started my career in theatre and I’m still so so passionate about it. A cool perk of it was I got to travel. With it I’ve toured Malaysia and New Zealand, and in 2015 I toured Australia for a whole year with activist theatre group Kinetic Energy Theatre Company. That was a fantastic experience, performing shows about indigenous rights, the history of the Freedom Rides, and homelessness awareness. It was a real learning experience for the audience and us in the show; these are important issues for Australia.

I’m also a very involved member of the Underground Cinema Improvisation troupe, a secret live immersive film screening event held in undisclosed locations throughout Melbourne and Sydney. We have some shows coming up in Melbourne, UGC: Kingdom on 21 – 24 and 27 -29 of July in Melbourne.
It is always great to be able to gain recognition. You have won a few awards . . .

Recently, I was awarded Actress of the Year for 2016 by Starcentral Magazine, a wonderful honour after a nationwide search. MerakiTV, in 2016, won two awards at state media presentations, highlighting the good work the show is undertaking in the multicultural community.

In America, I was nominated for Best Actress at the Austin Comedy Short Film Festival for the series, First World Relationships by Andreas Toumbas. The same series has also just been chosen as an official selection of the Seoul Webfest festival in Korea which is one of the biggest of its kind in the world. The festival opens in August and I’m being put up in Korea, from there I will fly straight to America!

Any other talents we should be aware of?
Singing, which I love. I perform jazz live at local places every other week. I’m an avid horse rider and I train four days a week in Gracie Jujitsu. I also dance. The last few years I’ve been doing Latin, hip hop and belly dancing, and of course Greek dancing!

I’m also a pretty good cook when it comes to Mediterranean food. You can thank my yiayia for that one!

Last year we had Waleed Ali call out the local entertainment industry on a lack of cultural diversity amongst the ranks. Have things improved since those comments?
In a word, no, I don’t think they have. Australia has one of the most culturally diverse populations in the world, yet we have crazy ridiculous statistics on our television screens like 36 per cent of programs in 2016 had main casts entirely comprising characters of white Anglo-Celtic background. How is that possible when just looking outside my window I can see a rainbow? And its not just diversity our screens lack. We lack representation for female stories, people with disabilities, and the LGBTQ community! This is something I’m quite passionate and vocal about.