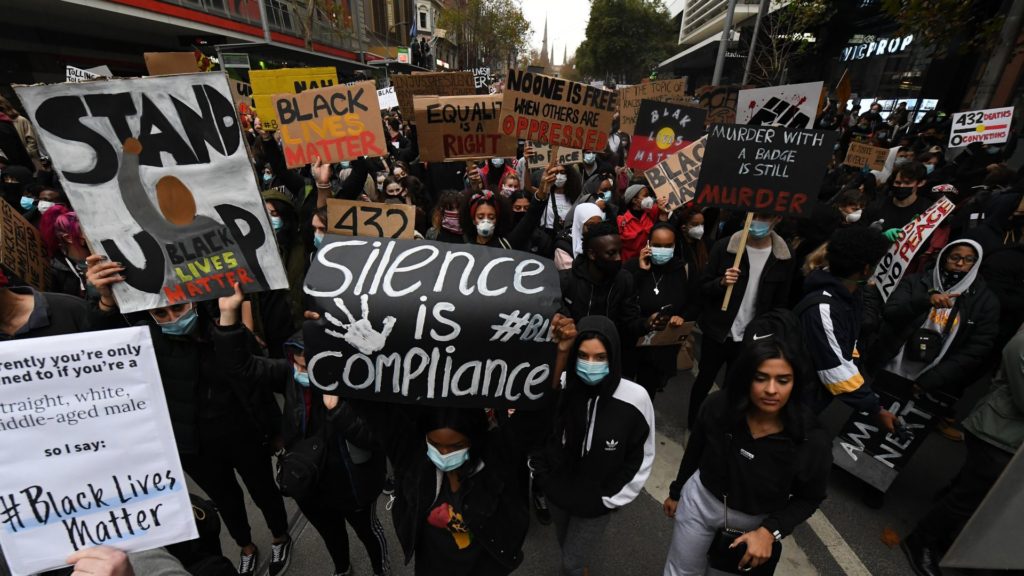 Protesters at a Black Lives Matter rally held in Melbourne, on 6 June. Thousands of protesters gathered in central Melbourne out of solidarity with the Black Lives Matter movement in the United States and to call for an end to Aboriginal deaths in police custody. Photo: AAP

The Greek Community of Melbourne has condemned racism and called for urgent measures to be taken to counter the effects of discrimination faced by First Nations people in Australia.

In a statement issued yesterday, the GCM said:

Australians of Greek background, who historically can be considered as recent arrivals to this great country have prospered from opportunities afforded to them.

Given this, the current plight of the First Nations people stands out all the more as a situation needing urgent redress.

As highlighted in recent media reports, our indigenous community has suffered discrimination which continues to have adverse effects on their well-being in terms of education, physical and mental health as well as economic endeavour.

The Greek Community of Melbourne condemns racism and its inherent corrosive effects on all our ethnic communities but in particular our indigenous community.