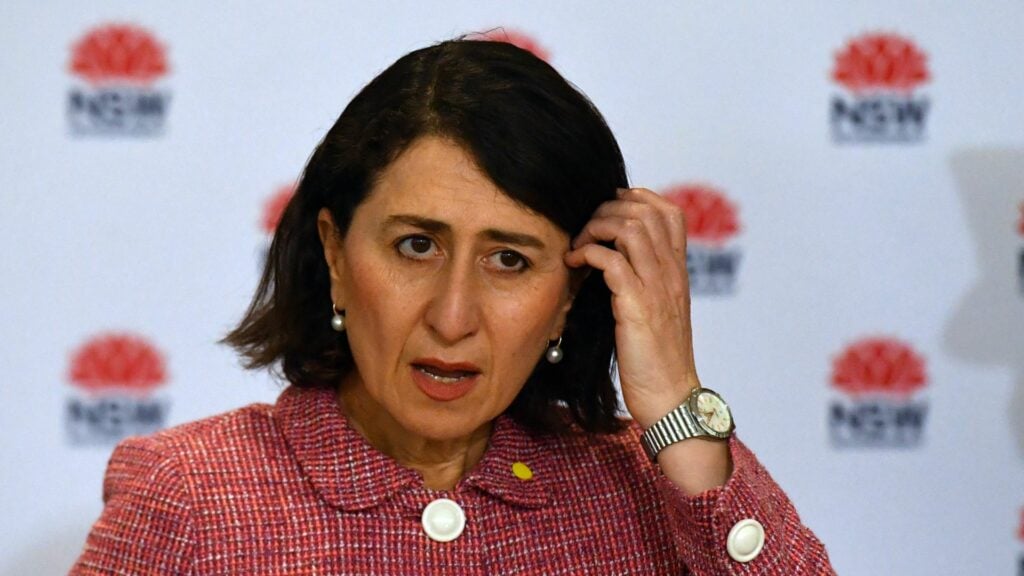 Recent file image of NSW Premier Gladys Berejiklian who wrote a letter of support to the Australian Cypriot and Hellenic communities of Australia on the 47th anniversary of the Turkish invasion of the island on 20 July, 1974. Photo: Mick Tsikas/AAP Image

New South Wales Premier Gladys Berejiklian’s letter supporting the work of the “Justice for Cyprus Committee of NSW” has elicited great emotion from the Cypriot community, both in approval and in opposition.

The Premier gave a message on the commemoration of the Turkish Invasion of Cyprus, 20 July 1974, extending her support to the Australian Cypriot and Hellenic communities.

This message has been met with criticism, with the President of the so-called “Northern Cyprus Turkish Association of NSW”, Zehra Ali, responding in writing to Ms Berejiklian’s letter.

Spiro Constantinou, President of the Cyprus Community of NSW, has rejected outright the claims by his Turkish Cypriot compatriots.

“While it is true that Turkish Cypriots also suffered, the difference is the scale of the crime,”  Mr Constantinou said to Neos Kosmos.

“You should be aware that the letter has completely disregarded Turkish Cypriot people in Australia and for someone like yourself who represents multiculturalism, this letter goes against the core principles of our Australian values,” reads Ms Ali’s letter to the Premier.

“As an Australian with Turkish Cypriot heritage I found this letter very one-sided and biased. Both ethnicities of this civil war (sic) were victims, yet only one side has been acknowledged in the letter…We live in the most multicultural state in the world, where diversity and difference is embraced but this letter does not demonstrate that,” says the letter which has been posted on the organisations’ Facebook page.

Mr Constantinou supports the actions of Justice for Cyprus Committee (SEKA NSW) as well as the stance taken by the Premier.

“The Justice for Cyprus Committee is pursuing justice for ALL Cypriots, not one community… It must be remembered that the Turkish Cypriots suffered in 1974 because of the Turkish invasion which caused fighting between the two communities,” Mr Constantinou stressed to Neos Kosmos.

He spoke further on his desire for Turkish military forces to leave the occupied area of Cyprus and for all violence in Cyprus to cease.

“These troops should return to Turkey and leave the Cypriots to find their own solution to their problems. Such a solution should respect all human rights for all Cypriots. This is what the Justice for Cyprus Committee and the Cyprus Community of NSW stand for,” said Mr. Constantinou.

“In reference to the events of 1963-1974 between the two communities, no comparison can be made to the scale of suffering. Turkey is currently and for the past 47 years illegally occupying 40 per cent of the land of the island and prevents the refugees from returning to their homes. In contrast, Turkish Cypriots are allowed to return to their properties if they so wish in the free part of Cyprus and many have done so. Cyprus respects human rights, unlike Turkey,” said Mr Constantinou.

Neos Kosmos approached other leading figures of Australia’s Greek-Cypriot community who did not want to give attention to the letter, reminding that the NSW’s Premier stated her support to the Cypriot Community of NSW, not specifically Greek-Cypriots.

Furthermore, Neos Kosmos has contacted the office of the NSW Premier seeking a reply. None has come at the time of publication.

Lastly, Neos Kosmos has seen another protest letter to the premier, by a Melbourne based person signing as Hasan Sayar, and claiming to be the honorary representative of the “Turkish Republic of Northern Cyprus”, the pseudo-state that is recognised only by Ankara and no one else in the international community.

Australia’s official stance is that it “supports the sovereignty and territorial integrity of the Republic of Cyprus and recognises the Republic as the only legitimate authority on the island.

“Australia does not recognise the ‘Turkish Republic of Northern Cyprus’,” as stated on the website of the Department of Foreign Affairs and Trade.