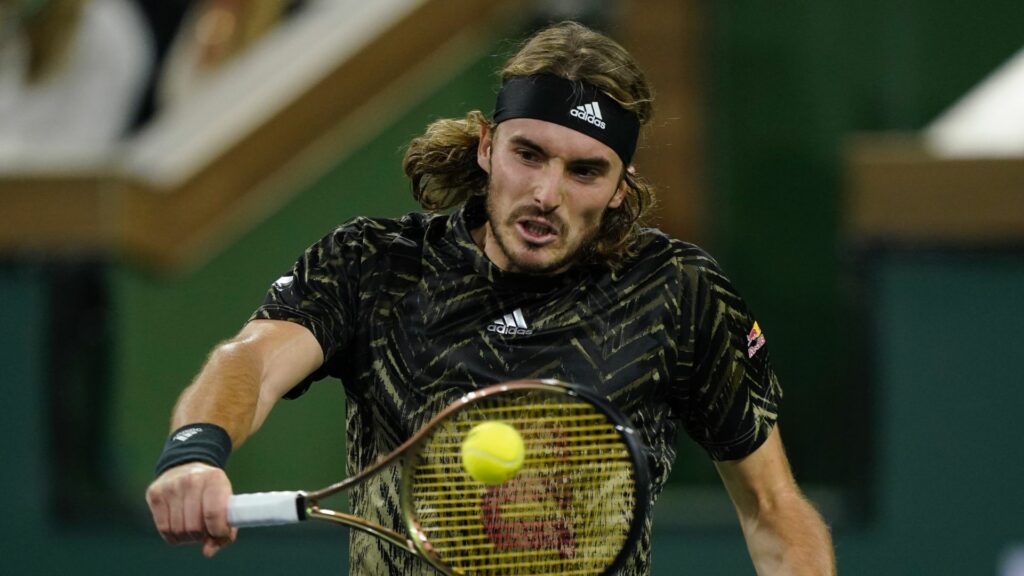 Stefanos Tstsipas will meet with 22nd seed Alex de Minaur today at 12:00pm (AEDT) after beating out Italian Fabio Fognini  2-6, 6-3, 6-4 in the third round of the BNP Paribas Open on Tuesday.

It was a testy two hour and four minute match for the young Greek tennis star, after losing the first set 2-6.

Fognini broke in the opening game, pushing forward with his aggressive game play, disallowing Tsitsipas from making any headway. The Italian withstood a break point and close out the set four games ahead.

Tsitsipas came back fighting tooth and nail, and was able to win the second set on the back of a strong first serve and forced a decider.

This crowd was a little kinder to Tstsipas, compared to that of which was present at the US Open last month. Cherring him on from the stands, spectators cheered him on when he broke for the first time to draw level, switching up the momentum of the game.

READ MORE: Stefanos Tsitsipas continues on to the third round of the US Open, closing off 50 wins on the 2021 ATP Tour

The 23-year-old levelled the match at a set apiece and took advantage of Fognini’s growing unforced errors, securing the crucial break for 3-2 in the deciding set.

This victory brings Tsitsipas’ tour-leading match wins this season to 53.

“I really wanted to get back in the match and it happened somehow.

“From [a set and a break down] I just took it point by point and it worked out pretty well. A good mindset and also a bit of patience helped as well. I found solutions in those tough moments and really felt like I had momentum.”