Remembering the life of Olga Cosmas 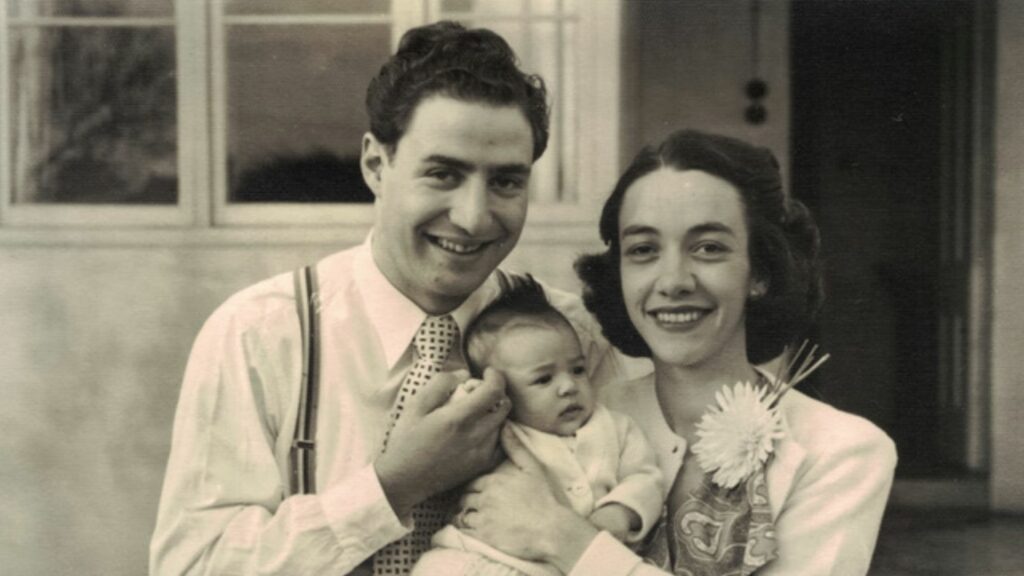 On 9 November 1929, Olga Kouvaras was born in Sydney. The first child of Telemahos and Erasmia Kouvaras who both originated from the island of Ithaca.

At the time of her birth, there were looming shadows from the great depression which was just starting to reverberate around the world. But baby Olga was sheltered by the love of her parents, dedicated to building their lives together in the seaside suburb of Coogee.

While Erasmia took care of the family at home with the birth of Paul in 1933, Telemahos was busy running the Kosciusko Cafe on Oxford street, seven days a week.

Despite her father’s long hours away, Olga had a very strong bond with him. One of her favourite childhood memories was of her father taking her to the beach, out past the waves on his shoulders at Coogee. As long as she was with him, she felt happy and safe.

A great love of Olga’s parents was classical music and in particular, opera. They gathered a wonderful collection of records such as the great Caruso to play on the family gramophone. Little Olga was enthralled.

Around the age of five, Telemahos purchased a piano for Erasmia who had studied music back in Greece. Soon, Olga was spending countless hours at the piano with her natural ability to copy the melodies her mother was playing and singing.

Extended family gatherings in Sydney and regional New South Wales with close cousins, and outings to the cinema were all happy memories for Olga. She was entranced by musical productions, a joy and great escape for the generation of her youth.

When World War II became a present threat in Sydney, Olga made the conscious decision to leave Sydney Girls High School and her music studies to help her parents at the cafe. This was the kind of path that Olga would take throughout her life, sacrificing her own gain for those she loved.

Many long hours were spent at the cafe preparing sodas and milkshakes for the regular clientele plus the numerous G.I’s stationed in Sydney at the time, and in spare hours, taking long walks with her father to Hyde Park or the Mitchell Library.

Although by now Olga had stopped piano lessons, her strong ability to improvise and play with great sensitivity allowed her to be the ‘house entertainer’ at the Olympic Club. There were many plays and musical nights with Olga providing the music staged at Sydney’s top radio theatres.

By 1950, her parents sold the Kosciusko and she went on holidays with her father to Melbourne to visit family. It was during this stay that she would meet her future husband, John Cosmas. On first meeting through family friends, the feeling was mutual. They were both young, shy and smitten.

Within months, the Kouvaras family returned to Melbourne. When John’s father, Kosma declared to Olga, “If my son loves you, then we love you too”, the families agreed to an engagement. On a visit to Sydney, one of the fellows from the Olympic Club shook John’s hand saying, “Congratulations. You’re going to marry the loveliest girl in Sydney”.

Over the next two years, thousands of words were written in letters to each other and more visits with the families. But just before the wedding would take place, Telemahos Kouvaras passed away. Struck with grief, John and Olga postponed the wedding which eventually occurred in 1953. It was a happy, but subdued occasion.

With her father gone, Olga agreed to start her married life in Melbourne. Within a year, Mia was born with Erasmia coming to stay from Sydney to help. Soon it became clear that the apartment on Park street Brunswick would be too small to raise a family and they purchased their first house in East Bentleigh which was on the fringe of Melbourne at that time.

In 1957 Olga had her first son, Kosma. The birth was complicated and traumatic. Kosma was born intellectually disabled. At this time, there was very little understanding to properly diagnose children of disability or provide a system of support.

For 6 years, Olga nursed, fed, bathed, cared and protected her son. At one point, the doctors classed Kosma as being deaf. Olga insisted this was not the case, as she spent 24 hours a day with him and observed how he could gesture at the record cabinet for his favourite music. Olga would play the piano for him and sometimes he would clap along. She gave all she had to create a loving enviroment for Kosma but the stress took a life-changing toll on her.

Eventually, John found a placement for Kosma at Kew Cottages which provided state-care for children with various disability requirements. The bond between Olga and Kosma was always on display during visits as he always had a big smile when he saw his mother. Olga loved him with every ounce of fibre in her body and soul.

In the years that followed, Dallas was born and her mother Erasmia and brother Paul moved not only to Melbourne, but to live in the same street in support of the family.

When John branched out alone in business, Olga was his right hand, working long past regular office hours or making emergency deliveries to customers far away. Despite the challenges and stress of a family business, Olga never swayed in giving all her full support to her husband. As John would often say, “Olga puts everyone else before herself”.

The year 1977 was full of sorrow with the passing of Kosma but Olga believed his sweet and innocent soul was now with God. This was followed by the marriage of Mia to Costa, and along the years, the birth of their 5 grandchildren, and 6 great-grandchildren which brought her happiness over the decades.

The love that Olga showed Nathalie when she married Dallas was deeply felt, reciprocated and extended to family in France. Although she never travelled overseas, Olga developed a wide perspective on the world around her. She knew that there is more than one way to understand a situation.

In retirement, she volunteered her time by playing the piano and entertaining at nursing homes.

As her health declined, it became necessary for her to go into full time care. Soon after celebrating 65 years of marriage, John passed away. Recently, she would sometimes talk of dreaming about him, and other times talk of him in the present. Through the good times and the bad times, their lives were full together.

In her final years, despite her body being physically constrained, her mind and spirit remained full of light. Her rich inner life and faith sustained her, and could still think deeply. She could vividly recollect her young years, humorous family conversations or talk in detail about a favourite film or music. She never complained, always had a kind word, and was loved by those who truly cared for her. At the end, she was at peace.

With Olga’s passing on the 29th of November 2021, the light of love and care she showed to those she touched in this life, will always go on.