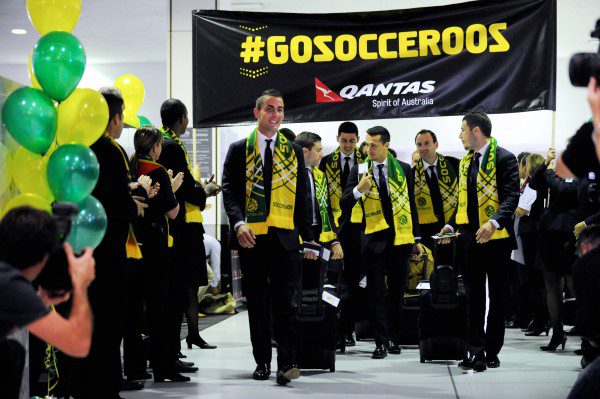 Socceroos coach Ange Postecoglou has named his squad of 27 that will be travelling to Brazil.

Mark Bresciano, Tim Cahill, Mark Milligan, Josh Kennedy and Luke Wilkshire are still on track to represent Australia at three straight FIFA World Cups with Curtis Good, Josh Brillante and Adam Sarota the unlucky trio to be trimmed from the 30-man squad that has prepared for the last two weeks in Gosford and Sydney.

Postecoglou was saddened to leave Sarota, Brillante and Good behind, but declared all three players left out would fight their way back into the Socceroos squad in the future.

“It was tough trimming the squad to 27 because all three boys did absolutely everything asked of them over the 12 days of the camp,” Postecoglou said. “Adam (Sarota), Josh (Brillante) Curtis (Good) will bounce back but it is up to the remaining 27 players to realize how quickly the opportunity they now have in front of them can evaporate.

“We now leave for Brazil with 27 players and I’m looking forward to seeing the same levels of enthusiasm and buy-in to the hard work we have in front of us to ensure we continue to improve and embrace the football I want us to play,

“These 27 young Australians now have a great opportunity to gain one of the 23 places in the final squad and they will all push each other to lift the team.”

The Socceroos depart Australia on Wednesday morning, travelling to Vitoria via Santiago (Chile) and Curitiba (Brazil).