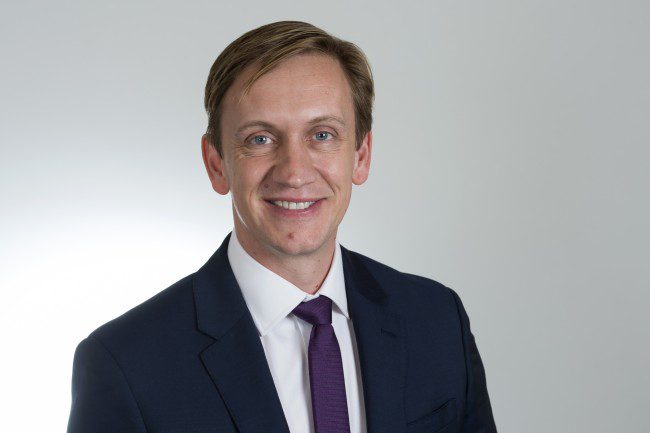 Various sectors of the community have expressed growing concern over the Turnbull government’s decision to review current protections afforded to citizens under 18C of the Racial Discrimination Act.

It won’t create one job, it won’t help one other person find a hospital bed, or deal with the problems of the aged pension – it won’t do any of that. It’s an intellectual exercise for people in Canberra

One of the politicians leading the pack is Federal Member for Bruce, Julian Hill MP, who says he is concerned the process is being rushed while the community is being kept in the dark; an issue he is seeking to address through an open town hall meeting next month.

“There have been no ads in papers or publicity to alert people to the enquiry and their opportunity to make a submission by 9 December. There’s now only a couple of weeks left to make a submission and there are no public hearings listed and none are planned,” Mr Hill told Neos Kosmos.

“I think it’s important that we seek to educate the community, to listen to what people are saying, but particularly to raise awareness of this latest attempt by the government to water down the laws against racist hate speech.”

Section 18C, introduced by the Keating government in 1995, has since made it unlawful to act in a way that is likely to “offend, insult, humiliate or intimidate” an individual based on their race or ethnicity.

Since its inception, people of all standings, including police and members of the Victorian government, have seen complaints lodged against them.

“There’s sort of weird suggestions coming from the right wing that these laws, which they’ve only just noticed 20 years on, were all the result of a bunch of sort of leftie politicians off on a clam-bake or something.
“In fact if you look at the history of section 18C, it was in response to a number of very serious and very thoughtful public reports and enquiries on racial violence,” Mr Hill explains.

Part of the argument to remove the words ‘insult’ and ‘offend’ from the Racial Discrimination Act has been attributed to the right to freedom of speech − in 2014 Attorney-General George Brandis famously said “people do have a right to be bigots” − but the MP says while he supports the right to express oneself freely, he acknowledges it can never be absolute.

“We have defamation laws, we have consumer protection laws behind misleading or deceptive claims, we have criminal laws against incitement to violence, we have counter terrorism laws against promoting terrorism. We have all sorts of laws saying you can’t say certain rude words in public. There’s no right wing campaign against those laws, so what on earth do they want people to be able to say when it’s just racist speech laws that they want to water down? It’s an intellectual, silly exercise by people in Canberra who don’t live in the real world in multicultural communities,” he said.

So what then is the government’s motivation? The MP says all signs point to the enquiry being a political “sham”.

“It’s one of many attempts by the extreme right wing of the Liberal party to wedge Turnbull and to make him dance to their tune, and you’ve seen that on a whole range of social and economic issues − superannuation for rich people, all sorts of stuff,” he explains.

“So I think that’s a political issue and it helps distract in our view from the lack of any economic agenda and it’s just nonsense. It won’t create one job, it won’t help one other person find a hospital bed, or deal with the problems of the aged pension – it won’t do any of that.”

Mr Turnbull is not the first to propose repealing the section; in 2013 then prime minister, Tony Abbott made the suggestion after complaints were brought against journalist Andrew Bolt. However, due to resistance from various multicultural communities across the nation, he decided to abandon it.

But now more than ever, Mr Hill says it is not the time to send more signals to the community that “racism is okay. It’s not okay”. A valid point, given Australia’s controversial treatment of refugees on Manus Island and Nauru, and the rise of Pauline Hanson’s One Nation party.

“People such as the many older readers of Neos Kosmos who I represent and hang out with at the senior citizens [club], they will remember when they arrived in Australia some of the awful discrimination that was experienced. That’s sort of passed over a few generations, but that’s exactly what we’re talking about; the harm that was done and worse these days,” he explains.

On Thursday 8 December, Mr Hill, together with Shadow Attorney General Mark Dreyfus MP QC, will lead a meeting to inform the community about what the proposed changes mean and their rights to have their voice heard.

“We think it’s really important that people, particularly in a community like mine, one of Australia’s most multicultural electorates, have the chance to come along and learn and even stick a small submission in by the following day which is quite easy to do,” he said.

“Racist speech and discrimination does genuine psychological harm to people. It harms people’s health and we’ve known this for decades. We need to allow people to live their life free from racial vilification and discrimination.”

The town hall meeting will be held on Thursday 8 December at The Castle, Hemmings Park, Princes Highway, Dandenong, VIC at 7.00 pm. RSVP by Wednesday 7 December by calling (03) 9547 1444 or email julian.hill.mp@aph.gov.au