Opinion: What would Pericles have to say about the 18C amendment?

On many occasions Mr Turnbull has turned to Greece to express his love of democracy, to link the west to our past, but is his idea of Australia truly democratic? 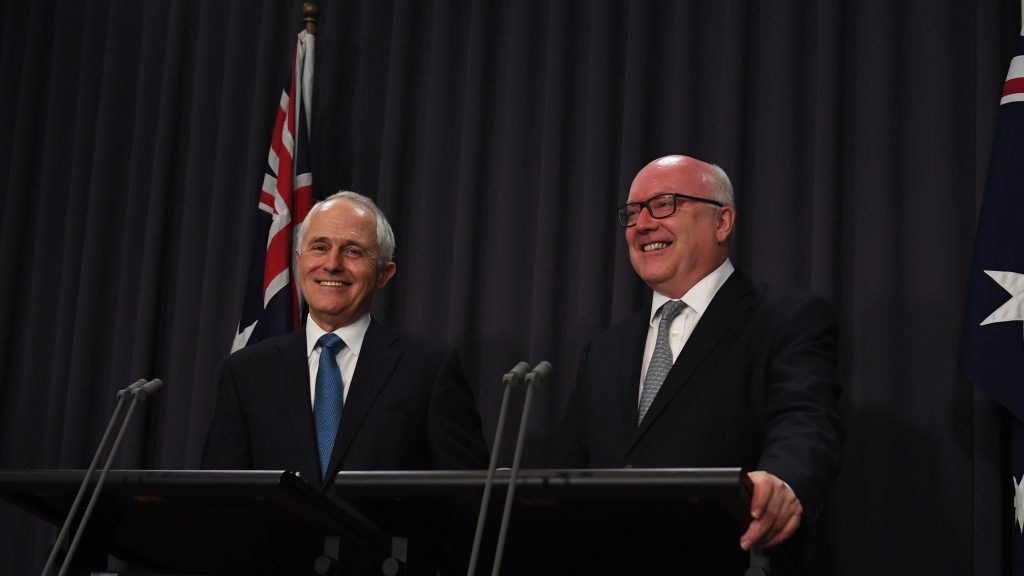 -…[In] private life we
converse without diffidence of damage, while we not dare not on any account
offend against the public, through the reverence we bear to the magistrates and
the laws, chiefly to those enacted for redress of the injured and to those unwritten,
a breach of which is thought a disgrace.” Pericles’

It would befit Prime Minister Malcolm Turnbull to reacquaint himself with Pericles’ Funeral Oration.  Pericles’ (495–429 BCE), the Athenian statesman, in his memorial to the dead of the Peloponnesian War between a liberal Athens and a militarist Sparta, tries to place value on death of Athens’ citizens.  He does not evoke the afterlife, or a higher religious authority, instead he talks of Athenian democracy, the rule of law, citizens’ rights not being measured by wealth or poverty, the opportunity to hold office and to seek prosperity, which is open to all citizens regardless of their class.

Over the last 2500 years, after countless struggles, mountains dead for the sake of ‘freedom’, we have enlarged democracy and made citizenship universal.

Pericles underscores the importance of free and responsible speech. Foucault in Fearless Speech stressed that what ancient Greeks considered fearless speech, or παρρησία, to be a presentation of the truth, using rhetoric, after permission is given to speak the truth in the Ἀγορά.

Parrhesia allows for truth, with the full knowledge by others that the speaker is seeking to say the truth. Not evidence based truth, but rhetorical. So, 18C of the Racial Discrimination allows for truth. Someone’s ‘truth’ maybe offensive to some but not found to be so by a reasonable person.

In the distant past when Mr Turnbull was the then Opposition Leader, he gave an interview to the English edition of Greek newspaper Neos Kosmos, when I was editor. He impressed all of us with his support of multiculturalism, his love of liberalism and his philhellenism.

On many occasions Mr Turnbull has turned to Greece to express his love of democracy, to link the west to our past.

Let’s for the moment set aside Edward Said’s contestation as Konstantine Kalymnios points out in an essay “… the appropriation of the ancient Greek tradition [is] complete is that … certain 19th century thinkers have even sought to deny our heritage to us, Fallmerayer and others arguing that we are too unlike our ancient ancestors (i.e. we are too Middle Eastern) to be descended from them, a process that has its origins in the political rivalry between Greek and Latin cultures during the Byzantine Empire.”

Sadly, the Turnbull Government’s latest multicultural statement with a focus on “security, safety, shared values of democracy”, “freedom of speech” and the abeyance to the nation’s laws, cohesion and integration, was simultaneously met by the announcement proposed changes to 18C of the Racial Discrimination Act.

The Multicultural Statement’s by-line “Multicultural Australia – united, strong, successful” is characteristic statement seeking to limit the pricklier bits of pluralism. When I hear ‘unity’ I hear the bolstering of defences against unseen enemies.  How more united can we be? Are we not mandated to be law-abiding is that not sufficient unity in a democracy? We have privileges as citizens, how we use them is an issue for each citizen.

For some the enemy is Islam and/or the extension of Aboriginal rights, the pursuance of same sex marriage, many of contemporary western of liberal values.

I find it strange that one of the warriors of the right, Mr George Christensen does not feel comfortable with Islam, given his professed values are well represented in this later incarnation of the Abrahamic tradition.

The act of proposing change to 18C is again, the prime minister’s yield to the right, just like climate change, just like same sex marriage, just like border security – has he no core values as a liberal?

I would have understood Mr Abbott.

He’s stuck to his obscurantism as antithetical as it was to liberalism.

So what if 48 per cent of all Australians according to a Galaxy Poll commissioned by the right wing think tank the IPA are seeking change to the Act? Pericles would say, “the laws … enacted for redress of the injured and to those unwritten, a breach of which is thought a disgrace”.

All ethnic community and Aboriginal representatives are against the proposed change; do they not have any weight as citizens?

The recent parliamentary enquiry the Racial Discrimination Act did point in part to the Australian Human Rights Commission (AHRC) ‘soliciting’ of complaints and vexatious litigation.  It underscored that; “The most prominent instance of this is the complaints made against Mr Bill Leak in relation to a cartoon drawn by him. This case study is useful for illustrating the arguments for and against the AHRC’s actions in respect of ‘soliciting complaints’.”

Nowhere does the Act stop people from expressing their prejudices in private; it works against those who as Pericles’ said, “offend against the public”.

The proposed changes of Section 18C are from “the act is reasonably likely, in all the circumstances, to offend, insult, humiliate or intimidate another person or a group of people” to “harass”.

The change while minor can open the door to Holocaust denial or indirect vilification of any cultural group. ‘Harass’ a technical legal term, is different as it can’t be a single act, it has to be persistent conduct.

The AHRC’s possible overreach may have given succour to vexatious litigants, but not the 18C provisions, yet Mr Turnbull caved in.

Regardless of being called a wog regularly, of fighting, (mainly beaten up), or having my mother abused for not speaking English, two racist attacks, one when I was thirteen in 1975, and another when I was eighteen in 1980 have been tattooed on me.

Our woodwork and rowing master at high school sprayed our feet given we were, as he said, “smelly little wogs”, this was regular after lunch. The second event was when my father and I were kicked off a bus for not having paid the right tariff and driver shouting at us, “Fucking dirty wog c*nts”.

I am a good wog now, ‘privileged’ but god forbid there’s a financial crisis in Greece and I morph into a corrupt one. Often I am the trope of a sexist, or ‘a typical Greek man’. I will never forget someone saying once, “I never slept with a Greek before.”

The reasons the two events have stayed with me are because in the first case, a teacher was cruel enough to humiliate teens in front of his Anglo students. In the other case, a man, a father, was humiliated in front of his son, in public and I could do nothing. In both cases 18C would have worked well.

I made it through, and I love being Australian as well as Greek, and I am a left leaning small ‘l’ liberal.

I admit, I believe, some ‘PC’ narratives are ludicrous, such as the inability to critique certain undemocratic regimes for fear of being seen as racist, regardless of their attacks women, indigenous minorities, homosexuals, and other faiths, or, the desire to create new pronouns that have no gender partiality. These things irritate me imagine what they do to the mortgage belt but that is not at issue here.

The western democratic system, however imperfect, at times even dark, is the best it seeks to harnesses what is better in people.  Not always successful, but more so than other systems of governance.

Regardless of my views, and those of my critics, we have a right to fearless speech. This freedom though does not come unencumbered.

The cause celebre for changing of the 18C of the Act was the finding by the court that columnist Andrew Bolt “implied light-skinned people who identified as Aboriginal did so for personal gain.” Federal Court Justice Mordecai Bromberg found Mr Bolt had breached 18C of the Act “because the articles were not written in good faith and contained factual errors.”

I welcomed the outcome. His attack of these Aboriginal professionals is a prime example of negative parrhesia, and I believe the Athenian courts during Pericles’ time would have been found Mr Bolt equally lacking in defence for his free speech.

Andrew Bolt, Cori Bernardi and George Christensen, warriors against C18, are all men born of migration, men who may at times may have felt racial and religious intolerance towards them. They should know better.

In the end, what is it that those calling for change want to say? I know that some of my peers, of Greek immigrant background, may support these changes, and that is as Pericles would have it is a ‘disgrace’.

I still feel the events of my adolescence, I worry that my son maybe called a ‘wog’ with malice not just as banter. I have seen some of the social media attacks on Aboriginals and Muslim Australian especially after Mr Turnbull’s announcement of the decision to change 18C and they are sickening.

No doubt those feeling these attacks now feel the PM, once a liberal, has truly abandoned them.