‘Your voice is vital’

Parliamentary Secretary Kate Lundy talks to Neos Kosmos about the migration process, government services for Greek Australians, and why the community needs to vocalise their concerns 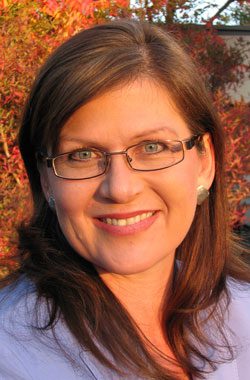 The issue of Greeks wanting to migrate to Australia, the progress of the new multicultural policy, announced last February, as well as the issue of access and equity for ethnic communities to Commonwealth departments and services, were raised with the Parliamentary Secretary for Immigration and Multicultural Affairs Kate Lundy during her recent visit to Neos Kosmos. Ethnic communities will be key players in the multicultural policy development process, Mrs Lundy stressed.

She pointed out that when the time comes for public submissions, most likely by the end of the year, ethnic communities should use this process to inform the government of the issues the new multicultural policy should address.

Mrs Lundy said that while a number of issues relating to effective service provision for multicultural Australia will be identified through the Australian Multicultural Council’s inquiry, ethnic communities should also voice the challenges they face. “For the Greek Australian community there is a pressing need for additional services on Aged Care and Carers services.

Seven, eight years ago we could not foresee the current situation. Every community faces different challenges” Mrs Lundy said. The Parliamentary Secretary also announced that the appointment of the new Australian Multicultural Council (AMC) will be around July as the government is currently in the process of finalising advise and the previous corresponding body AMAC had its last meeting last week.

“The process for appointment is now just been finalised and we hope to have a fully fledged AMC later this year. The new full time race discrimination commissioner will start on July 1 and from that point we will be able to start rolling out our anti-racism partnership and strategy as well,” Mrs Lundy said.

Mrs Lundy said the Multicultural Arts and Festivals Grants program, which is one of the five main initiatives of the new multicultural policy framework, would be up and running in the new financial year while further details on how ethnic communities can apply for those grants will be announced mid year.

As far as the process of applying and obtaining a working visa extends, Mrs Lundy said the Department of Immigration is currently examining the type of visas available and is trying to find a better and easier way to ensure Australia will be in a position to capitalise on the skills that migrants could offer.

She was not aware of the GOCMV upcoming meeting with Minister Chris Bowen but she expressed her support for the initiative stressing once more that the Department is keen to hear the community’s voice and help achieve the best possible result for the country. In addition Mrs Lundy told Neos Kosmos that announcements on the new Multicultural Youth Sports Partnership Program, will be made shortly.