Submissions are now open for a literary competition 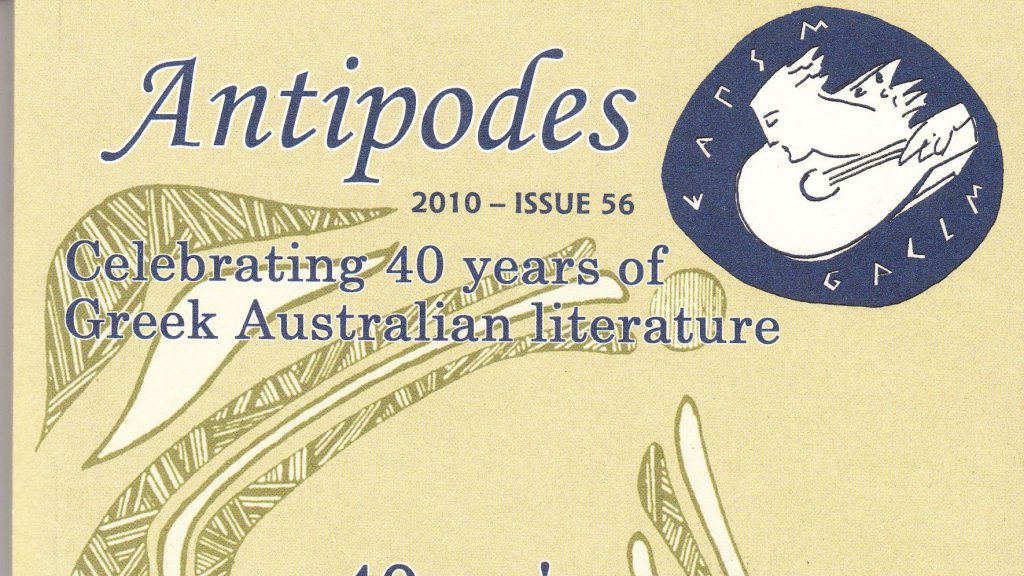 The Greek-Australian Cultural League is calling for original submissions for its annual literary competition for 2011, as well as its student competition.

The main competition is divided into the categories of Poetry, Short Story and One-Act Theatrical Play. All first prize winning works in each category of the main competition will be published in the periodical of the Greek- Australian Cultural League Antipodes Vol. 57, 2011, to be launched on the same day the awards are given.

The main competition rules specify that there can be only one entry per category. All submissions should be the original works of the author and should not have been submitted in another competition or have been previously published. Contributions for the competition can be submitted in either Greek or English languages and will be judged separately for each language.

The brief is: “Your grandparents have asked you to help them understand a particular aspect of technology e.g. how to use the mobile phone, how to use the computer, how to send an e-mail via the Internet. They know nothing about technology. Write a short story, or dialogue or play to be presented to your class members in which you describe how you went about showing them this process.”

The author’s full name and corresponding pseudonym, their address, telephone number and email if available along with the title of the works should be placed in a separate sealed envelope with their entry/entries to ensure anonymity.

The results of both competitions will be announced at a special function incorporating the launch of the League’s annual bilingual periodical: Antipodes in October, 2010.

All entries must be submitted June 10, 2011 and sent to the following address: Greek-Australian Cultural League, PO Box 4307, University of Melbourne, Parkville, Vic, 3052, Australia.

To find out more about the competition rules, contact the Greek-Australian Cultural League.