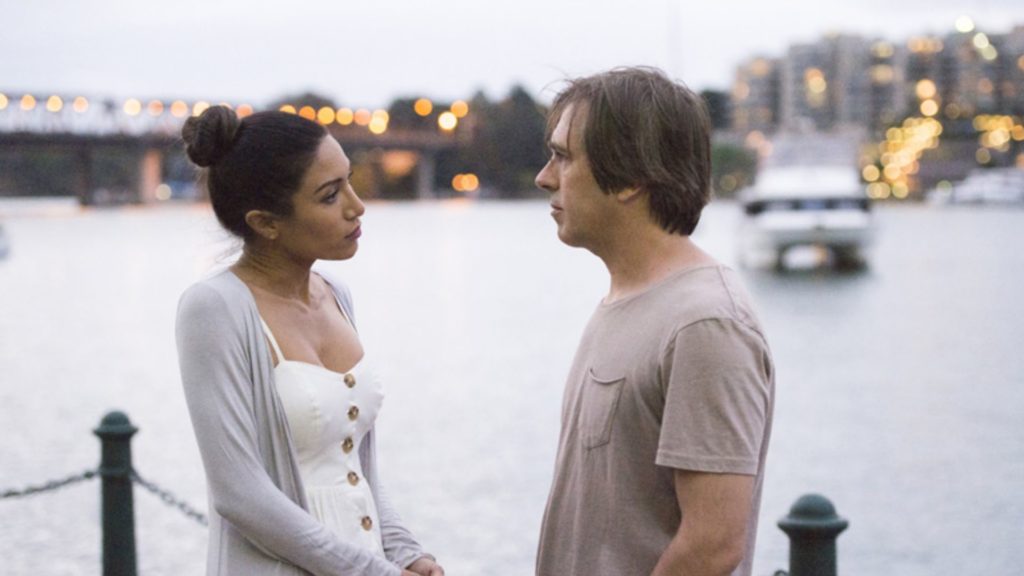 Alex Lykos is one of the most successful theatre producers, writers, directors and actors that Australia has produced. In 2015 he released his first film, the critically acclaimed box office success, Alex & Eve.

Now on the eve of his second film, Me & My Left Brain, set to be released on 16 May nationally, Billy Cotsis talks to Lykos about movies, hard work and why he uses Ampersands in his film titles.

Some of us know about your rise from one-time tennis player in the US to the theatre stage and now movies. For those who do not, how did you transition from sport to the arts? Did you want to make film as a kid or was your dream to win a Wimbledon?

I had no interest in film as a kid other than watching films as a casual viewer. Moving to the US in my impressionable years opened my mind up a little – I was forced to take an Introduction to Philosophy class and I just fell in love with dissecting life, the meaning of it I guess. So when I moved back to Australia, I didn’t have much of a social circle so spent some time free-writing about my time in the US. I found I enjoyed it, suddenly I was watching about 15 movies a week. My first screenplay is probably the worst written screenplay in history, but I enjoyed it and it snowballed from there.

Under the banner of the Bulldog Theatre Company, you have developed a range of fantastic theatricals, predominantly in English covering a range of genres; a musical, comedies, drama and a look at diversity, love and modern families via the Alex & Eve trilogy. Where do the ideas come from, how do you keep yourself motivated and inspired?

I often say that tennis was my first wife… and through my love of tennis, I thought I knew what love was, then I met my second wife…storytelling. Now I KNOW what love is. The ideas come organically, I try and be open and receptive. People will sometimes ask with all the setbacks involved and the lack of monetary rewards, do I ever consider quitting? It’s not a choice I have because even if I quit, if I were to go more than three days without writing, I feel uneasy, upset, like something is missing. Now that we are in the promotional phase of Me & My Left Brain, I am not writing, and I can feel a sense of dislocation. By the way, I wish I didn’t fall in love with storytelling and instead, had fallen in love with finance, investment banking or something. Then maybe I could’ve purchased the golf set I’ve been dreaming about for years.

On Alex & Eve you worked a range of big names from the Aussie acting world from Tony Nikolakopoulos, Zoe Carides, George Kapiniaris, Helena Stamoulis and Paul Miskimmon. How hard was it to make your first film and was it what you had hoped for when you sat down to write the film?

It was great to observe experienced professionals at work. I like to observe how they go about their work. Making my first film as actor/director was brutally hard, but really rewarding. I enjoyed having the autonomy.  Most people know my work from Alex & Eve so with Me & My Left Brain, I wanted to tell a romantic-comedy which did not rely on “ethnic comedy” and stereotypical ethnic characters. As a storyteller with a CALD background, this was really important, additionally, to cast actors that had nothing to do with their ethnicities. We have an actress with a Filipino background but there is no reference to her ethnicity, nor the character I play is there any reference to my ethnicity. This was really important to me and I am pleased with it. Hopefully the audience enjoys the film as well.

Me & My Left Brain…. I was lucky enough to catch a preview at Bondi Junction Hoyts. It’s a throw back to the brilliant and quirky Aussie filmmaking of the past, and it is shot in Sydney in 2K, which bucks the trend of 4K. Why it was made this way and where did you shoot in Sydney?

I am not a fan of the super-sharp digital image of current films. I wanted the film to look like it was shot on film, there is a magic to film that is lost with the technology.  Everything from camera, to lens, to costume to lighting was geared to make the image look like film, like you are sitting down looking at a Matisse painting.

This time you are the lead, Arthur, playing opposite Rachel Beck and a cast that includes Chantel Barry and Chris Argiroussis. How hard is it to be the lead in a film, especially when you are involved in the creative process?

I got used to acting in my stories in the theatre. Whilst it is different, there was some experience. I tried to implement the same philosophy which was: we would do a take and if it “felt” right, then I would ask to see the take on the monitor.

Will there be a sequel, perhaps Me & My Right Brain?

It all depends on how the audience reacts to the film. We all have that annoying inner-critic who won’t shut up. Hopefully the film resonates with audiences, and if it does, I would love to explore this world again. 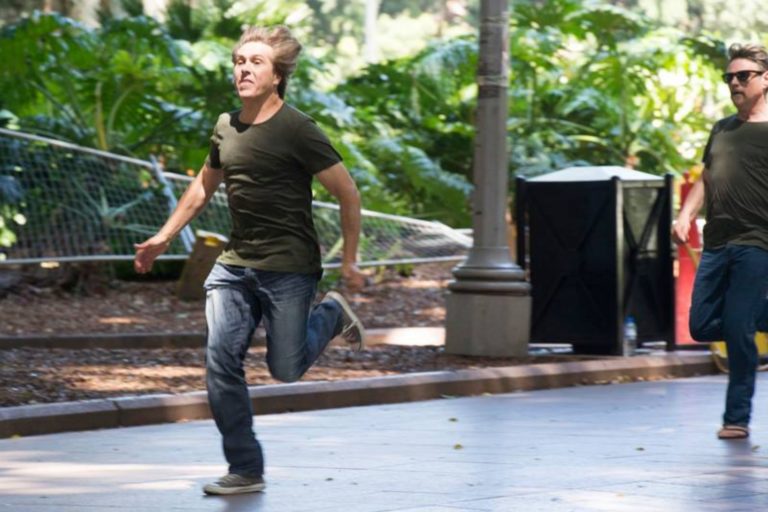 Are the ampersands deliberate in your film titles?

No. Somebody else mentioned this. In fact, the film was initially titled A Long Night. But in the early rough cut screenings, it took the audience a while to figure out who the Left Brain character was. Left Brain has some real good comedy in the first couple of scenes, but the audience weren’t laughing. When we changed the title to Me & My Left Brain, and then showed people the film, they laughed from the first scene, which is what our intention was.

Aside from a stellar cast, you also managed to snare some fantastic music. What was it like working with Cezary Skubiszewski?

If I may note: Cezary has composed the first-ever Australian film with an all-jazz score!!

He was outstanding. His work is just fantastic. Something happened when we first spoke on the phone (he lives in Melbourne), there was an instant connection and it was a great experience. When I went down to Melbourne for the recording of the music which was done live by some of the best jazz musicians in Melbourne, it was the best experience. Cezary treated us like family.  It was an awesome few days.

The music is outstanding.

The Aussie film industry seems to lack big break out movies, with perhaps George Miller and Russell Crowe movies being recent exceptions, amongst a small core of others. Why is it hard for a film made locally to be accepted by the cinema going audience compared to Hollywood or even Chinese, Indian movies that play here?

I don’t think there is a simple answer here. There are a variety of reasons: I think it is quite complex.

Can the Australian government do more for Aussie filmmaking?

I think the government provides a decent amount of funding, can always give more. I think perhaps the government can switch its focus. For example, have quotas in place in terms of what movies are played in cinemas. I have suggested previously, perhaps a federal government scheme whereby every Australian has a $20 voucher which can only be used for Australian films.

What is next for Alex Lykos?

We have a television series in development and two film scripts. Work on those concurrently and look to get one of them up in 2020.

Opens nationally on 16 May

For details ‘Me & My Left Brain’ or where to buy tickets, visit www.meandmyleftbrainmovie.com

* Billy Cotsis is the director of ‘Mykonos: The Other Side’.