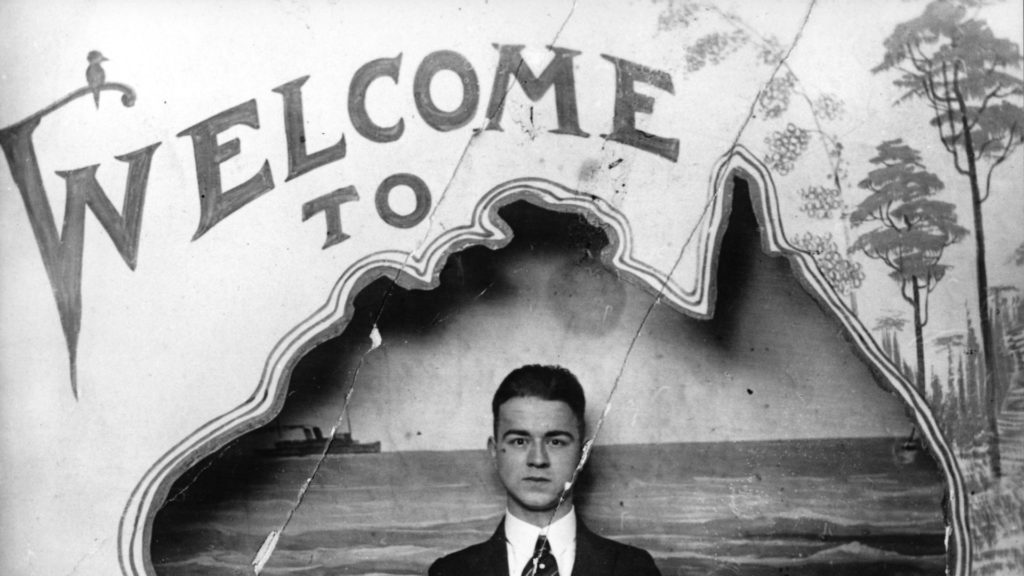 Bill Florence (Vasilios Florias) being welcomed to Australia, Melbourne, VIC, 1922. Born on the Greek island of Ithaca, Bill arrived in Melbourne in 1922 as a young teenager. He became part of the chain migration of his family to Australia – his father two brothers and sister having journeyed out earlier. Photo courtesy S. Raftopoulos and J. Florence, from the ‘In Their Own Image: Greek-Australians’ National Project Archives, Macquarie University, Sydney

Sydney-based historian Leonard Janiszewski and photographer Effy Alexakis are heading to Athens this month to give a lecture on the depth and diversity of Australia’s Greek presence.

Invited by Australian Ambassador in Greece, Kate Logan, the free presentation will draw on the pair’s extensive research, encompassing the last 200 years.

Attendees will learn about the long tradition of Greek migration to Australia, which started in the 1800’s, the first real wave taking place in the 1850’s.

By the 1890’s formal Greek communities had been established in both Melbourne and Sydney, while some 15,000 people of Greek heritage resided in the country by 1939.

In more recent years, with the onset of the Greek economic crisis in 2008, Australia once again has become a major destination for Greeks.

Janiszewski’s and Alexakis’ presentation will highlight that it is a community that is as diverse within itself as the multicultural Australian society in which it exists.