The Australian Ballet's Artistic Director McAllister talked to Neos Kosmos about the troupes latest production, a performance that will make Greeks feel proud of their heritage

Houston theatre reviews for the ballet presentation of ‘Sylvia’, which premieres in Melbourne on Saturday 31 August, cast references to ‘Wonder Woman’. But for The Australian Ballet’s Artistic Director David McAllister there are moments where he kept thinking that the work resembled ‘A Midsummer Night’s Dream’ and, according to the soon-to-depart incumbent ballet director, that’s when you realise that the root of great stories “all go back to Greek myths”.

“Through the ages other people have borrowed inventions that come from Greek mythology and developed these into their story telling,” Mr McAllister told Neos Kosmos, referring to Shakespearean masks, mistaken identities and other literary techniques. “We have so much to thank the Greeks for. They invented theatre.”

And though ballet itself originated in the Italian Renaissance courts of the 15th century, the co-production of ‘Sylvia’ between the Houston Ballet and The Australian Ballet is in the Terpsichorean tradition with a bold retelling of classical dance through passion and humour, tangled love affairs and sword-fighting Amazonian-like ballerinas. In fact, it’s the women who do the muscle work, and rescue themselves from abductors, and fight right from the outset which begins with a slaughter as twin gods Apollo and Artemis take revenge on behalf of Leto, their mother and lay waste on Queen Niobe’s soldiers.

“There are many challenges for the dancers,” Mr McAllister said, regarding the choreography by Stanton Welch, who is also the Artistic Director for the Houston Ballet. “It is fantastically difficult for the women. They have bows and arrows and (real clinging) swords, and there’s a lot of fighting for the women which is unusual because it’s usually the men that perform in battle scenes.” 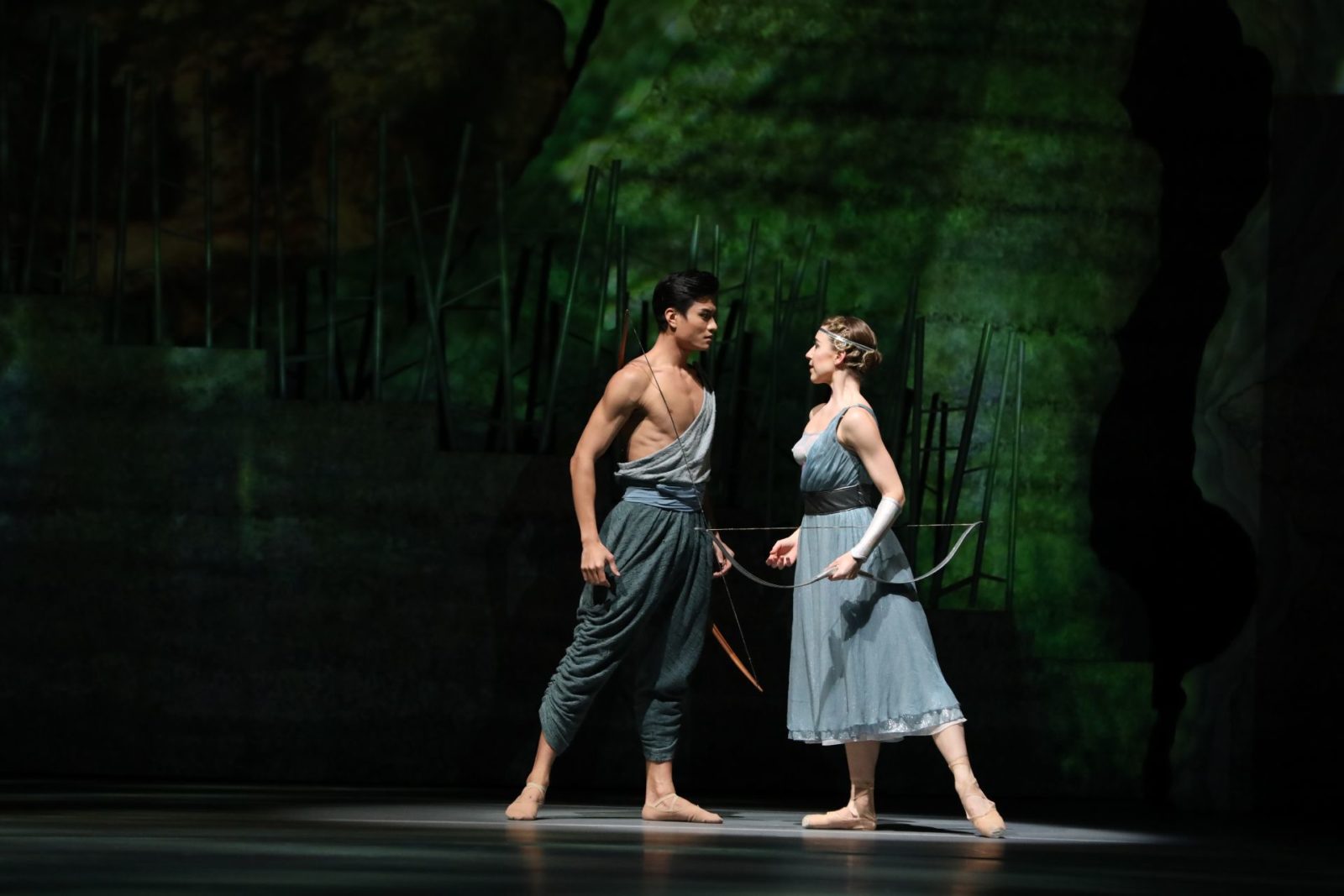 Principals Melody Mennite as Psyche and Charles Louis Yoshiyama as Eros with Artists of Houston.

A matter of timing

Women carry the narrative in this rarely-staged ballet tale that may have been considered ahead of its time when it was first performed in Paris during its underwhelming premiere at Palais Garnier in 1876. It bombed with audiences despite French composer Leo Delibes’ irresistible music, and it seemed that 16th century audiences were not ready to appreciate a feminist story that is riper than ever in today’s post #MeToo era.

Mr McAllister points out that the work has one of the most “fantastic scores”, but a less-than-compelling plot that has contributed to its unnoticeable presence.

“I think the original production wasn’t a mad hit, and because it was not hugely successful it got put away,” he said. “The original story is quite simple and maybe it’s not a story that had all the trappings of love, revenge and all the elements that Stanton has put into our production.”

“It works very well and is complemented by the music. He reimagined the whole thing really,” Mr McAllister said of the work that diverges from previous efforts by some of the world’s foremost choreographers, that include Frederick Ashton (1952), David Bintley (1993), John Neumeier (1997) and Mark Morris (2004).

The interwoven love stories featuring three strong women navigating desire and deception in the realm of gods and fantastical creatures required a year of academic research before Welch was ready to even begin representing the work on stage.

“I think for all of us, this has been an opportunity to delve deeply into Greek mythology,” Mr McAllister said, outlining the family tree of demi-gods and goddesses.

“You know these characters, but you don’t know their back story. Stanton did a huge amount of work, he made profiles of all the characters and thoroughly researched their stories in Greek mythology before cutting and pasting all of these into a document we all got. So it was like doing our own little thesis, a short course on Greek mythology for dummies, because he did all the work for us and we read through the characters and what they bring to the story and their relationships.”

Welch created his “own palate”. “He painted his own picture out of it all, but anyone who knows Greek mythology will recognise the Greek characters even though they slightly diverge in their stories,” said Mr McAllister. “We keep telling the audience members to make sure they read the synopsis. Once you know who is who, it is easy to follow.”

Way of the future

The intricacies of the work intrigued audiences in Houston, who were impressed by the army of nymphs in the romantic comedy of errors. Only a few details will be tweaked for the Australian stage.

“From the very beginning we went into this together as a co-production,” Mr McAllister said of the collaboration. “I think it’s the way of the future because these big lavish productions are expensive when you co-produce with another company. Working this way, you can make the work more lavish, more beautiful, because you’re halving the cost.

“It means we get to do more new productions. For the dancers it means that they are doing more new works, which is really exciting.”

Mr McAllister, who values diversity and cultural exchange, says “we’ve done 35 national tours and we’ve gone out into the world,” while also acknowledging the diversity of the corps that has included the participation of two Greek Australian dancers in the past.

Now, embarking on his last year as the troupe’s Artistic Director, he is proud to be presenting this quality work. He imagines how well it would sit if performed at the Herod Atticus Theatre, at the foot of the Acropolis. He remembers performing there in 1988, just five years after joining The Australian Ballet. He lists the two mix programmes in detail. 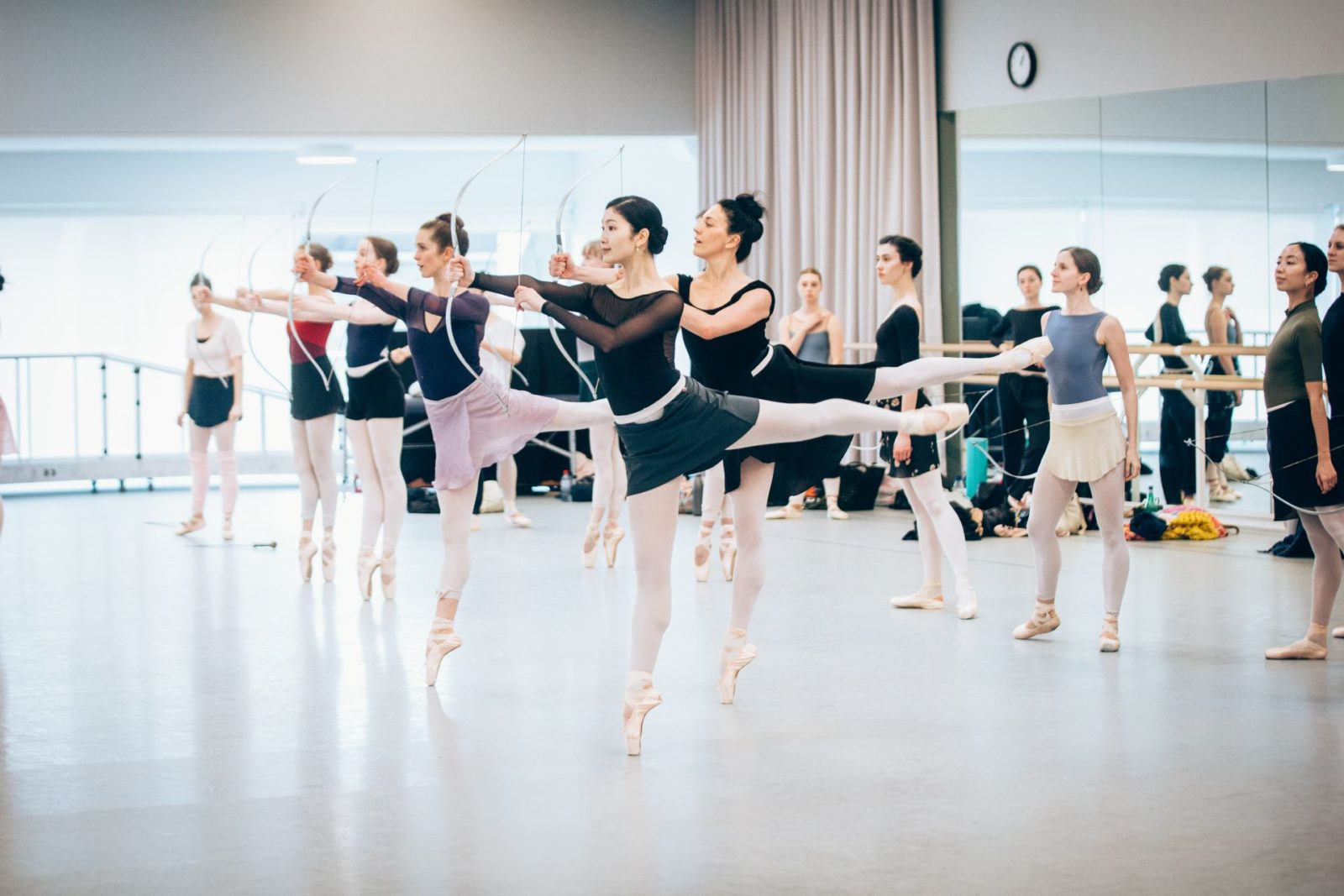 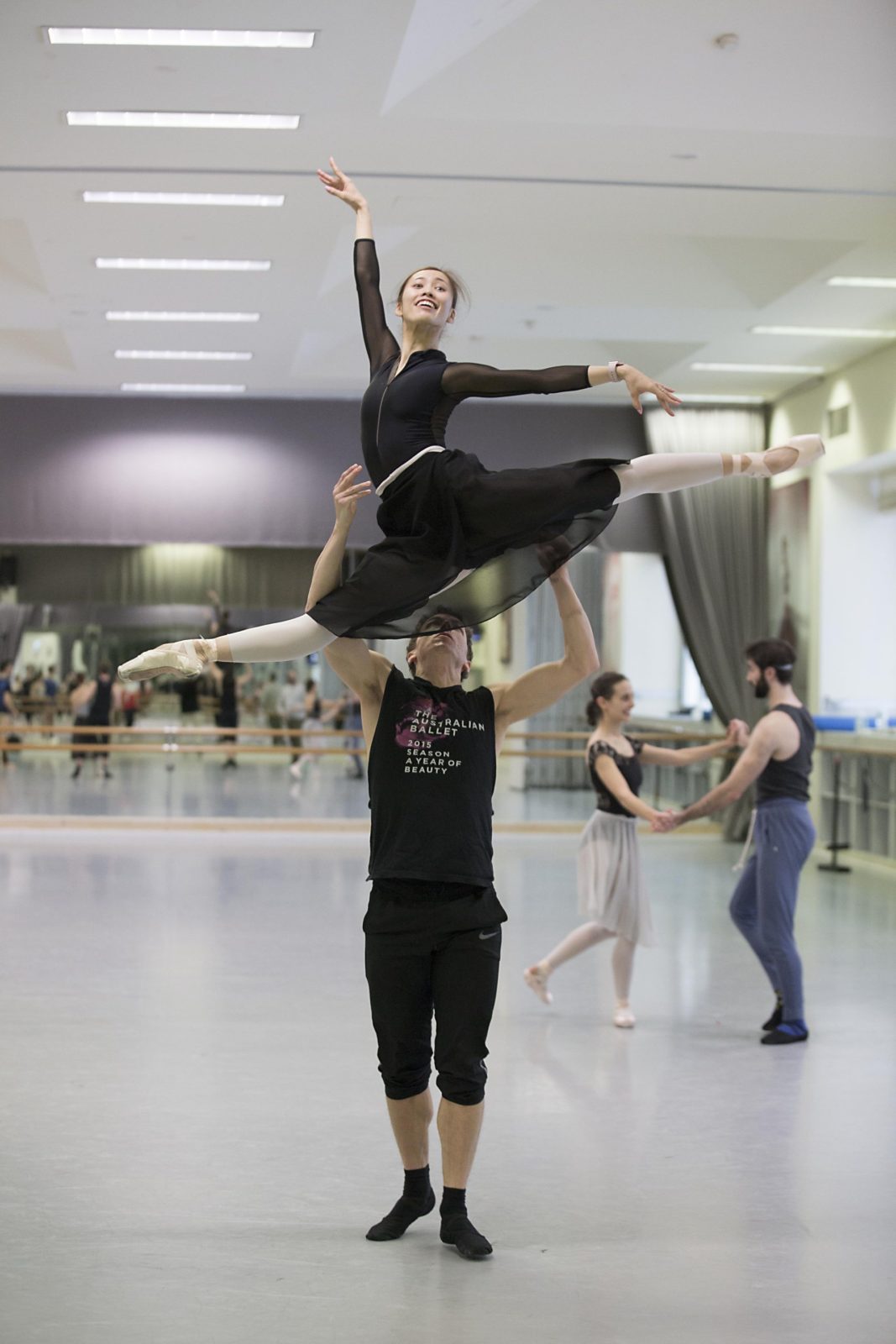 “Performing at 9 o’clock at night and seeing the stars above as we danced, and just being at that venue where you know that performances have been staged by people for thousands of years is very special,” he said, imagining how well ‘Sylvia’ would sit at such a venue.

Though he can’t recapture the magic of the performance of his youth, his career is coming full circle with a large-scale work that captures the essence of Greek mythology.

The gods will no doubt smile on the work with its focused choreography, 77 superb actor-dancers and draping costumes that come together terrifically thanks to the work of a world-class team of creatives. The sumptuous sets and costumes were created by the renowned ballet and opera designer Jerome Kaplan, the mastermind behind Lucas Jervies’ 2018 production of Spartacus. Digital pioneer Wendell K Harrington has provided stunning projections, whereas Lisa J Pinkham gives atmosphere to this lively tale.

After two decades as artistic director, Mr McAllister leaves with an amazing work that audiences will love, along with the 2019 Creative Partnership Award for Arts Leadership, recognising his ongoing support and commitment to The Australian Ballet as its longest-serving artistic director for the last 20 years.