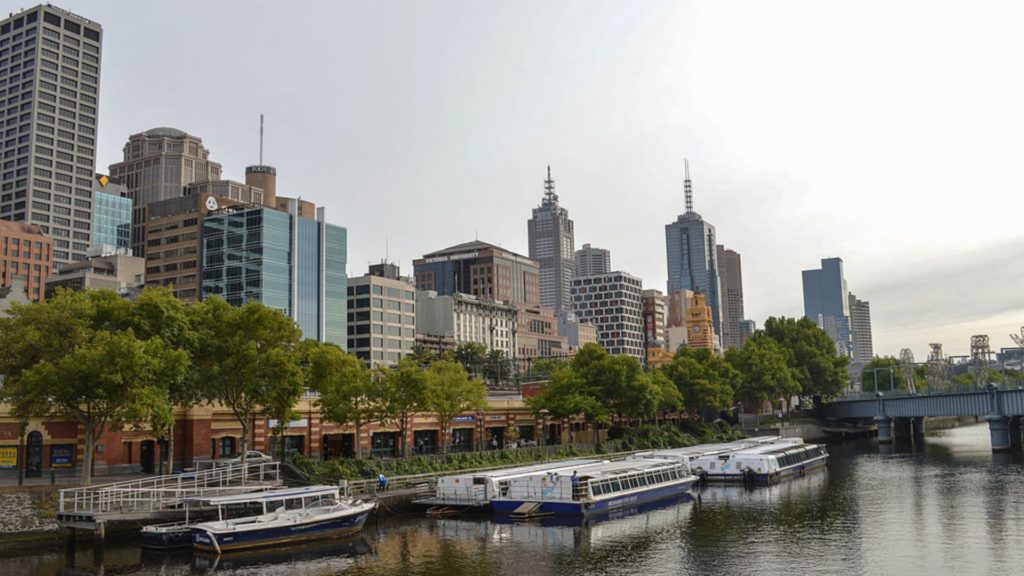 The Holy Monastery of Panagia Kamariani in Red Hill is hosting its annual Grape Festival this weekend. The day will start off with a liturgy at the church from 7.30 am until 11.00 am. At 11.30 am the grapes will be blessed and distributed for free among those in attendance. After that dancers from the Manassis School of Dance and Culture will perform. At 2.00 pm, young attendees will have the chance to take part in the grape stomping tradition. A paniyiri will follow, with food including souvlaki and loukoumades on offer, wine produced with local grapes from Red Hill, children’s rides and DJ Chris on the decks.
When: Sunday 9 February from 7.30 am
Where: Holy Monastery of Panagia Kamariani (135 Arthur Seat Rd, Red Hill)
Cost: Free to attend

Do you enjoy a tipple or two of ouzo? This month the Palesviaki Enosis of Melbourne and Victoria is hosting its annual Ouzo Festival in Bayswater. Go along and enjoy a beautiful day in the sun with good company, music, mezedes and plenty of ouzo on offer.
When: Sunday 16 February at 11.00 am-6.00 pm
Where: 26 Waldheim Rd, Bayswater, VIC
Cost: Ticketed, pay at event

The Hellenic Women’s Network Victoria Heliades is hosting a Yarra River Cruise Bushfire Fundraiser. The ticket price includes a buffet of cold and warm dishes. The cruise will depart from Federation Square in the Melbourne CBD at 1.00 pm and will return at 4.00 pm. All proceeds will go towards helping those impacted by the devastating bushfires. RSVP by 10 February.
When: Sunday 16 February at 1.00 pm
Where: Federation Square, Melbourne, VIC
Cost: $90.00 per person
To RSVP, call: Niki on 0404 964 155 or Mary 0405 757 731

GREEK STORYTIME FOR TODDLERS
Enjoy stories, books and songs in the Greek language, as well as crafts and fun activities for children aged 3-5.
When: Every Wednesday from 5 February-25 March at 11.00 am
Where: Richmond Library (415 Church St, Richmond)

HELLENIC MUSEUM BUSHFIRE FUNDRAISER
The Hellenic Museum is hosting is a fundraising event, with all funds to be donated to the Gippsland Emergency Relief Fund and Wildlife Victoria.
When: Thursday 6 February at 6.30-10.30 pm
Where: Hellenic Museum (280 William St, Melbourne)

LIVE AT THE GREEK: SIFIS TSOURDALAKIS
Kick off 2020 with one of Melbourne’s great Greek musical exports – Sifis Tsourdalakis, accompanied by Tony Iliou and Paddy Montgomery.
When: Friday 7 February at 8.30–11.30 pm
Where: The Greek Centre (168 Lonsdale St, Melbourne)

CATS AND THE CANARY PLAYING FILM CLASSICS
A special show focusing on songs from old Greek movies – with a modern twist.
When: Sunday 9 February at 7.30-10.30 pm
Where: The Toff In Town (Level 2, Curtin House, 252 Swanston St, Melbourne)

GREEK YOUTH SUMMIT
The Greek Community of Melbourne and Victoria (GOCMV) is hosting a Greek Youth Summit, bringing young, inspiring Hellenes together from all projects, clubs and committees.
When: Tuesday 11 February at 6.30-9.00 pm
Where: GOCMV (168 Lonsdale St, Melbourne)

DINNER NIGHT
The Alpha – Omega committee is organising a dinner night to be spent surrounded by good company.
When: Wednesday 12 February at 6.30-9.30 pm
Where: Alpha and Omega Greek Community of Melbourne and Victoria (7A Strathmerton St, Reservoir)

HELLENIC MUSEUM SUMMER CINEMA
Mark it in your calendars, Summer Cinema is returning to the Hellenic Museum this summer with a great new line-up of movies.
When: 1-29 February
Where: Hellenic Museum (280 William St, Melbourne)

LECTURES: ‘GREEK CAFES & MILK BARS OF AUSTRALIA’
Historian Leonard Janiszewski and photographer Effy Alexakis will deliver a lecture for the NSW Seniors Festival this month.
When: Thursday 13 February from 10.00-11.30 am
Where: Bankstown Library and Knowledge Centre (80 Rickard Rd, Bankstown)