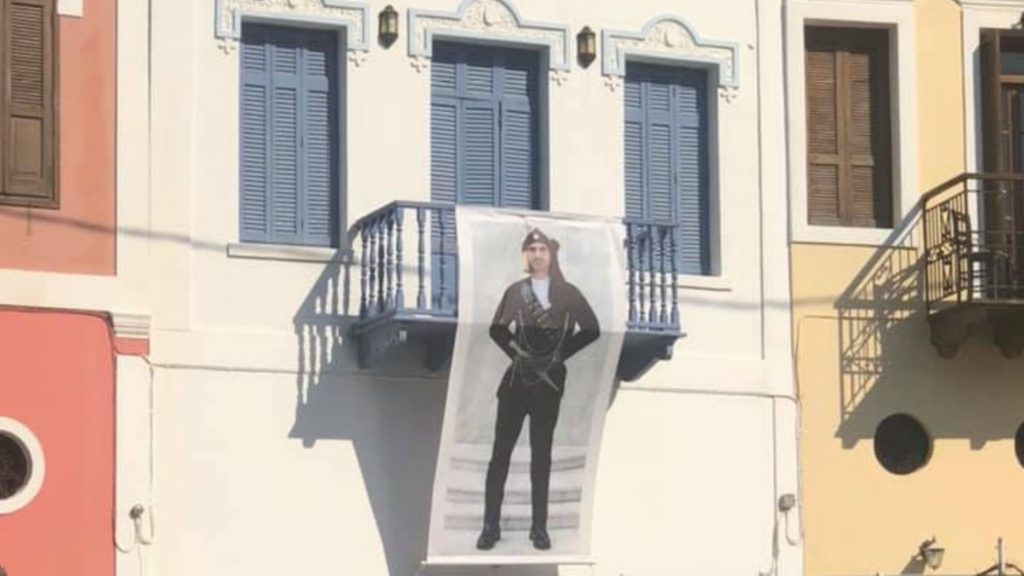 Dimitra Hatziadam has seen her reputation grow amongst Greek communities and Philhellenes worldwide, as the designated photographer of Greece’s Presidential Guard, to capture their never-before-seen visual stories.

Her project, running from 2013 to 2016, offers exclusive behind-the-scenes pictures of the Evzones.

Following the success met in tours covering from Thessaloniki and Athens to Crete, Xanthi and even Warsaw in Poland – to name a few places – the photographic exhibition entitled “EVZONES – Guardians of the Unseen” is now being hosted in the acritic Greek island of Kastellorizo.

And Hatziadam could not be happier with the warm welcome her insightful shootings have already received from Kastellorians in Greece but also… in Australia!

Posting pictures of residences in the island featuring metres-long posters of Evzones hanging from balconies, Hatziadam states on her professional Facebook account that passers-by were impressed with the imagery and many of the residents approached them personally to help with promotion.

“They would find us on the street offering their homes to take part in the projection [of posters]. The news even made it to Greeks in Australia, who also expressed interest for these to be placed in front of their houses in Kastellorizo,” reads Hatziadam’s post.

Visitors of the exhibition will be treated to a total of 45 works, six of which equal in size to the height of real Evzones, meaning two metres long.

Pictures are complemented with audio segments showcasing Evzones’ experience, while audiences will also have the opportunity to see and touch the exhibits of real tsarouchia and foustanella.

The collection includes a series of photos depicting the six uniforms of the men from the Presidential Guard. Organisers of the exhibition hope that showcasing these photos on the facades of houses along Megisti Bay will make a stunning spectacle for anyone entering the port of the island. 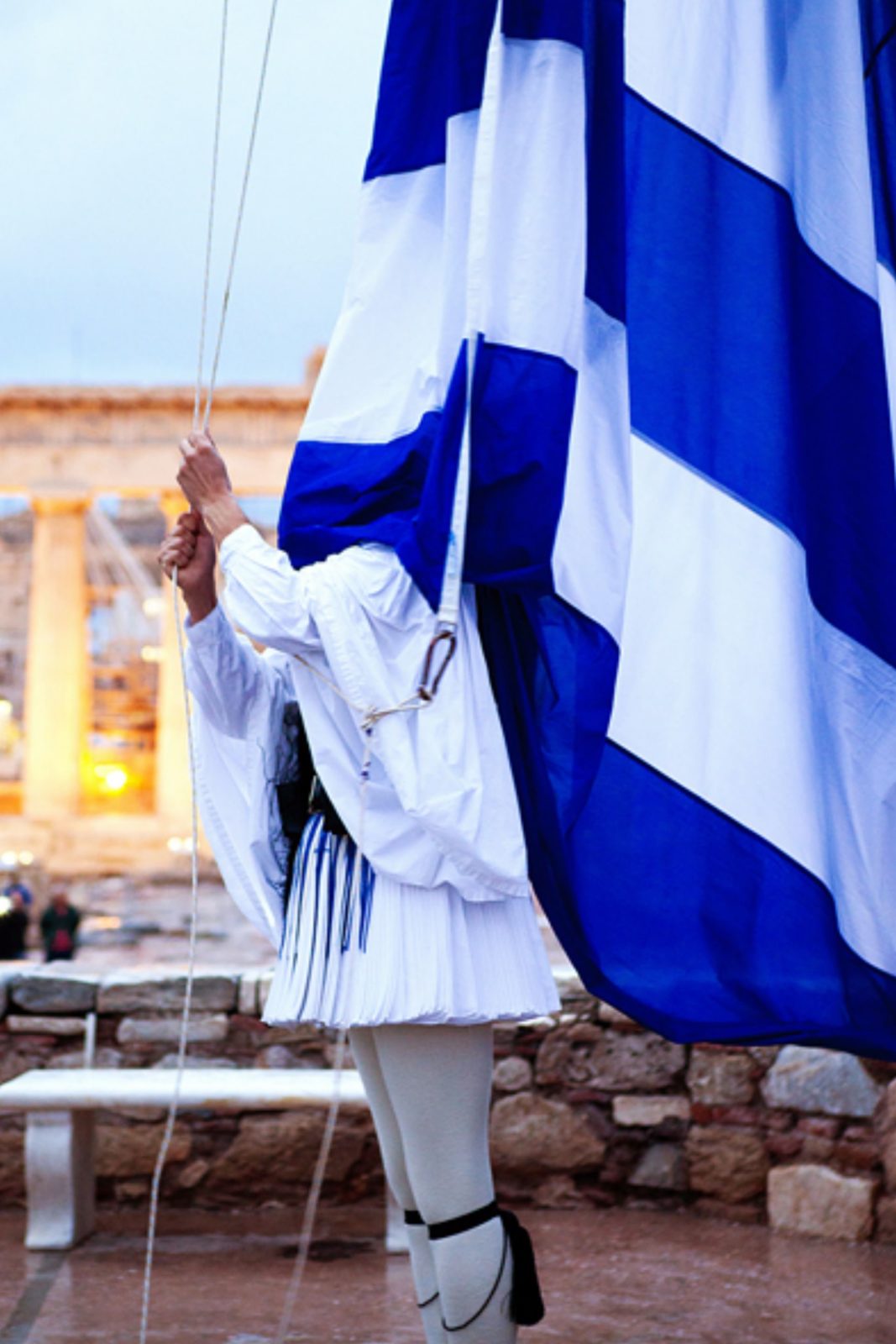 The exhibition “EVZONES – Guardians of the Unseen”, hosted by the Municipal Art Gallery of Megisti in Kastellorizo will run from 1 to 16 August and entrance is free for the public.

The exhibition is presented under the auspices of Greece’s Ministry of National Defense, the Ministry of Foreign Affairs and the General Secretariat for Greeks Abroad.