Billy Cotsis speaks to the producer of the show, Ane Sevo 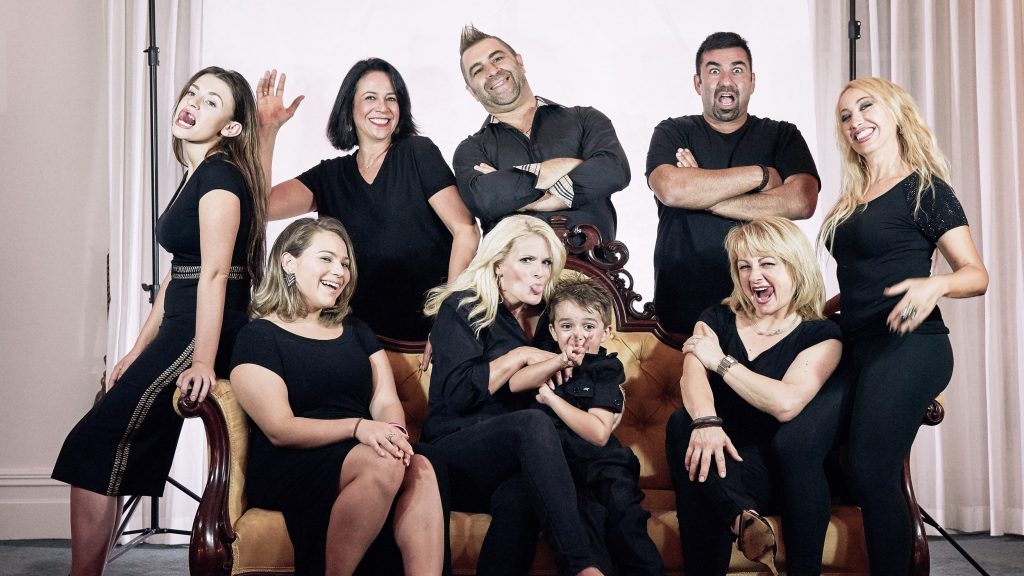 The crew from Meraki TV.

Meraki TV is a Greek Australian TV program made by and for Greeks living here in Australia.

By Greeks, I mean those born in Greece, but more importantly, subsequent generations. Meraki TV’s main goal is to be one of the means whereby second, third and fourth generation Greeks can connect, share their unique experience, and learn about the positive aspects of their culture.

Billy Cotsis (BC): This will be the third season for Meraki TV. Tell us about the first two – how did they go? Did they meet your expectations?
Ane Sevo (AS): The first two seasons were amazing! Among the big names of Christos Dantis, Angelo Tsarouchas, Master Tempo, Vegas, Kostas Sommer, and Alekos Zazopoulos we introduced amazing local talent such as the party pirates, author Will Kostakis, and historians Effy Alexis and Leonard Janiszewski. We spoke to the University Greek Societies from Victoria University and UTS, introduced our Kids Corner with Yiannaki, launched Helen’s Kouzina with celebrity chef Helen Demetriou (My Kitchen Rules). We also compiled mini- documentaries on everything from the Oracle at Delphi to the origins of the Zeibekiko and in between got all the glam and gossip from our celebrity socialite Stavroula, and of course, the king of Greek music in Australia DJ Krazy Kon kept us up to date with music news.

BC: Foxtel continues to grow in this country. Recently it scored a major coup with rugby league and AFL rights that are worth billions. Where do you see community TV evolving in the future? Will Foxtel remain the best platform?
AS: With the government cut backs on community TV and radio, community- based programs are all being pushed onto the web. Foxtel has shown great vision in keeping its Aurora channel. It gives us little guys access to an audience and a platform that we otherwise would not have.

BC: What are we expecting from Meraki TV this season? Any surprises?
AS: Firstly, our team has grown, with fresh young presenters jumping on board to make sure we properly represent that segment of our community. We’re also extending our Kids Corner this year. Get ready for the great Pita Challenge, Eat it or Wear it – Greek Style, some Greek toy reviews and more!

Comedy is also on the agenda this season. We can’t wait for you all to meet yiayia MD – you’re going to love her! We want to get more local music on this season. If you’re a muso/singer you need to get in touch with us.

BC: You have a star studded line-up, from arguably one of the biggest DJ’s and dance producers in the country to a socialite. Tell us about your reporters.
AS: DJ Krazy Kon is the man when it comes to Greek music, not only in Australia but now internationally. When he decided to launch a locally-mixed Greek CD he was scoffed at; he’s just released volume 17 of his Greece series and is constantly invited to tour the US. He’s a shining example of just how alive and thriving Hellenism is in this country.

Stavroula has been in Greek TV all the way back to her days with Harry Michaels. She has sass, style and brains. Her glitz and goss is the perfect balance between juicy gossip, interesting current affairs, fashion and style!

Maria Hohlastou was born and raised in Australia, but left and lived in Greece for nearly 20 years. She thrived until the crisis, and like so many, came back to her ‘other’ country. Maria gives an incredibly unique perspective. She understands the Greeks from Greece’s viewpoint and deeply feels the Grozzie viewpoint. She epitomises the great struggle we all have between being Greek and being Australian.

Helen Demetriou first came to light in My Kitchen Rules with her brother Steve. In Helen’s Kouzina she gets to showcase her love for Greek food!

Demitra Alexandria, only 23 years old and with a professionalism and attitude way beyond her years is a girl to watch. In 10 years time we will all be saying ‘I remember her on Meraki TV!’. Incredibly beautiful, intelligent and passionate.

Yianna Carpis, only just 18 and like so many Greeks her age, heading off for a European adventure between semesters. Yianna will bring us a totally different perspective. Fun, vivacious and incredibly cheeky, she will have all of us booking our next trip.

And then, of course, there’s you Billy, a well-respected journalist and deeply passionate Hellene.

BC: Where do you see the show going in the next five years?
AS: We will be filming in every part of the country and also bringing you stories from all around the globe. Once we’ve united Australia we can’t wait to unite with the rest of the world – South Africa, London, Chicago, Boston, New Zealand – even Iceland!

BC: A number of sponsors have come on board – how important are they to the show?
AS: Our sponsors are our lifeblood. I must take a moment to really thank every single one who has come on board Meraki TV. We’ve had sponsors who really didn’t need to advertise do so just to support our ideals. We even had one small business buy just one small ad; that was all they could afford but they wanted to help us get off the ground.

We’re a community show with no funding and we pay for our air time. Everything you have seen on Meraki TV has been aired through the donated blood, sweat and tears of our team. I’m honoured to have the Meraki TV team, they are professional, passionate and generous with their time and talent because they truly believe in what it is we’re trying to create here.

Our sponsors also understand that Greeks love to buy from Greeks, and they love good value and quality – that’s why they advertise with us. They know that Meraki TV is a great way for them to reach the discerning Greek market; they are our everything, and the best way to support us is to support our sponsors.

BC: Finally, any funny stories or highlights over the last two years?
AS: A personal highlight for me was interviewing Christos Dantis. The guy is an absolute legend in Greek music – he’s written half of the hits of the last 20 years and he was generous in our interview. It’s nice when you’re a massive fan and you meet your idol and walk away an even bigger fan!

Also, the day we went to interview Angelo Tsarouchas and we managed to get him locked out of his hotel room. He was great about it!

Then there was that time we filmed Helen’s Kouzina on a 43 degree day in a room with no air conditioning and closed windows because it was very loud outside. Poor Helen had to have a towel under the table in between shots to wipe the sweat off her.