Free lecture on the Oracular Tablets from Dodona 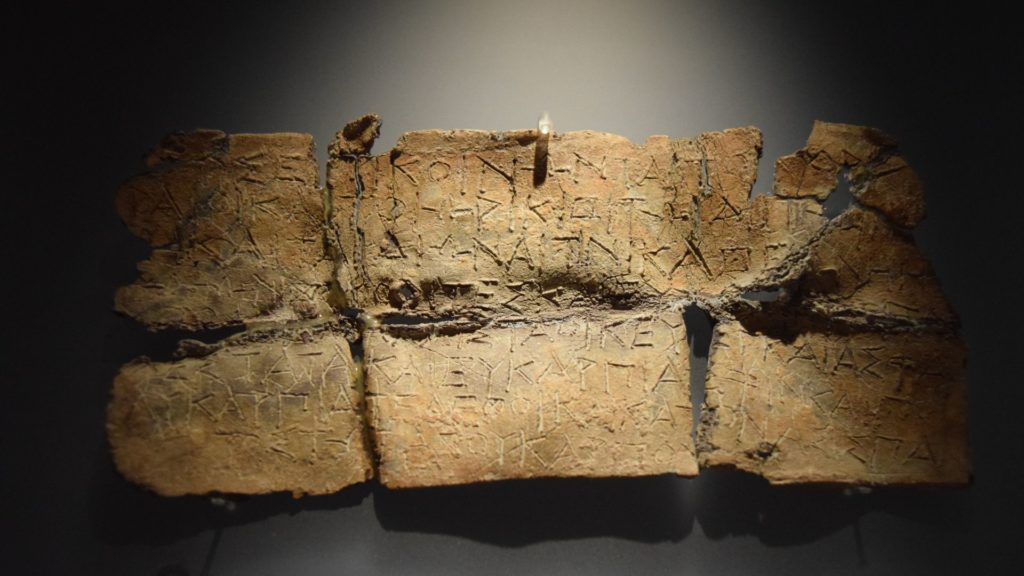 As part of the Greek History and Culture Seminars offered by the Greek Community of Melbourne (GCM), lecturer of Greek Language and Philosophy Emily Hulme Kozey is presenting a free lecture this month entitled ‘The Oracular Tablets from Dodona: Prospects for Further Research in Social History’.

Throughout classical antiquity, the oracle at Dodona in northern Greece was a destination for pilgrims seeking advice from the god on all kinds of matters.

Cities wracked by civil war sent embassies to ask how they could bring about reconciliation, and individuals contemplating a career change or marriage could inquire before making a final decision. The main body of evidence for this is a group of inscriptions on lead tablets, numbering in the thousands. “These texts reflect the interests and preoccupations of a huge swath of Greek society: the authors are not just leaders and foreign dignitaries, but also craftsmen, merchants, and slaves,” says Ms Kozey.

“I’ll discuss the workings of the oracle in general, and then how ongoing research into these tablets has the potential to throw new light onto questions about Greek society and culture.”