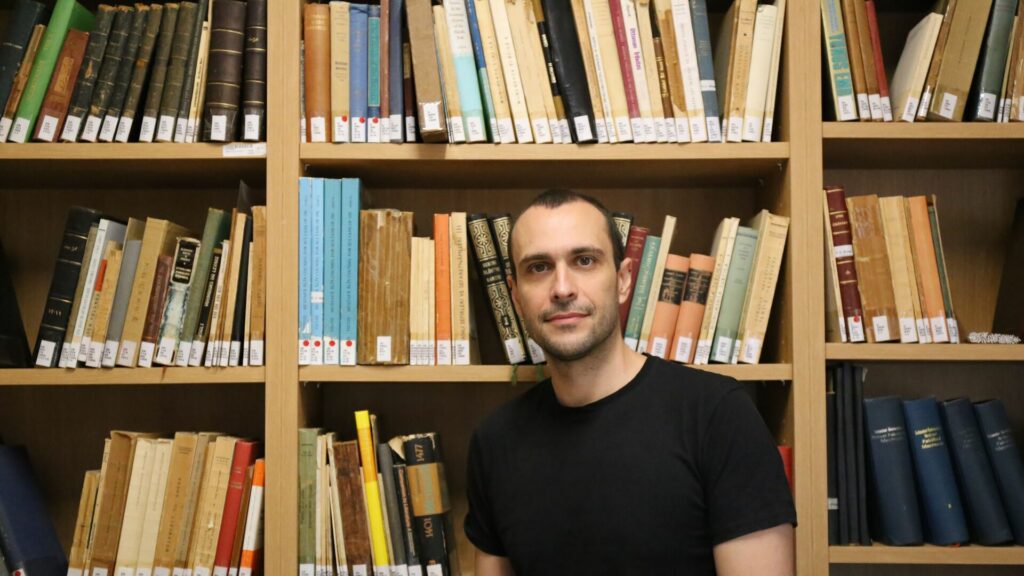 Dr Yannis Spyropoulos will present an online-only lecture entitled The Janissaries of Crete, 1669-1826, on Thursday evening, 23 June as a part of the Greek History and Culture Seminars, offered by the Greek Community of Melbourne.

After the end of the War for Crete in 1669, thousands of soldiers were sent to the island in order to defend the Empire’s last major conquest from the Venetians. Due to its strategic location, even after the official cessation of the Ottoman-Venetian war in 1718, Crete maintained the status of a frontier (serhad) and, along with it, a considerable number of Janissaries in its three major cities. The 18th century brought about drastic changes to the entire Janissary establishment and especially to its provincial organisation.

In the framework of this transformation, the Janissary units of Crete went through a process of gradual localization which led to the acceptance of thousands of Cretans into their ranks and to the creation of broad local networks that included the largest part of the island’s Muslim population. The result was an increasing involvement of the corps’ members into the local economy and the evolution of the Janissary regiments into the island’s biggest credit organisations.

Moreover, the Janissaries became the main players in the island’s political life, a development that would lead first to the weakening of the centrally appointed officers’ administrative power in the province and, eventually, after the ascension of Mahmud II to the Ottoman throne, to extended clashes between the central government and the local Muslim elite.

Yannis Spyropoulos studied History in Komotini (Department of History and Ethnology) and Turkology in Rethymno (Department of History and Archeology/Institute of Mediterranean Studies), where he also compiled his Ph.D. dissertation entitled “Social, Administrative, Economic and Political Dimensions of the Ottoman Army: The Janissaries of Crete, 1750-1826 “(2014). While writing his dissertation, Spyropoulos was granted fellowships by the “Herakleitos II” (2010-2013) and the Research Center for Anatolian Civilizations (Koç Foundation) in Istanbul (2009-2010).

As a post-doctoral researcher, he has worked at the Centre d’Études Turques, Ottomanes, Balkaniques et Centrasiatiques (EHESS/CNRS/Collège de France) in Paris (2015-2016) and the Institute for Mediterranean Studies (FORTH, 2016-2017, 2017-2018). Since 2019 he is the Principal Investigator of the ERC project “JANET: Janissaries in Ottoman Port-Cities: Muslim Financial and Political Networks in the Early Modern Mediterranean”. His research interests mainly concern the early modern Mediterranean and his publications deal with subjects such as the large landed estates in the Balkans, the institution of slavery, water management, the African diaspora of the Ottoman Empire, the history of Ottoman Crete, and the economic, social, and political history of Ottoman military institutions.

He is the author of Ottoman Administration and Society in Prerevolutionary Western Crete: Archival Testimonies (1817-1819) (in Greek) and has published articles in various collective volumes and journals, such as the International Journal of Turkish Studies, Turcica, Turkish Historical Review, European Journal of Turkish Studies, and Water History.