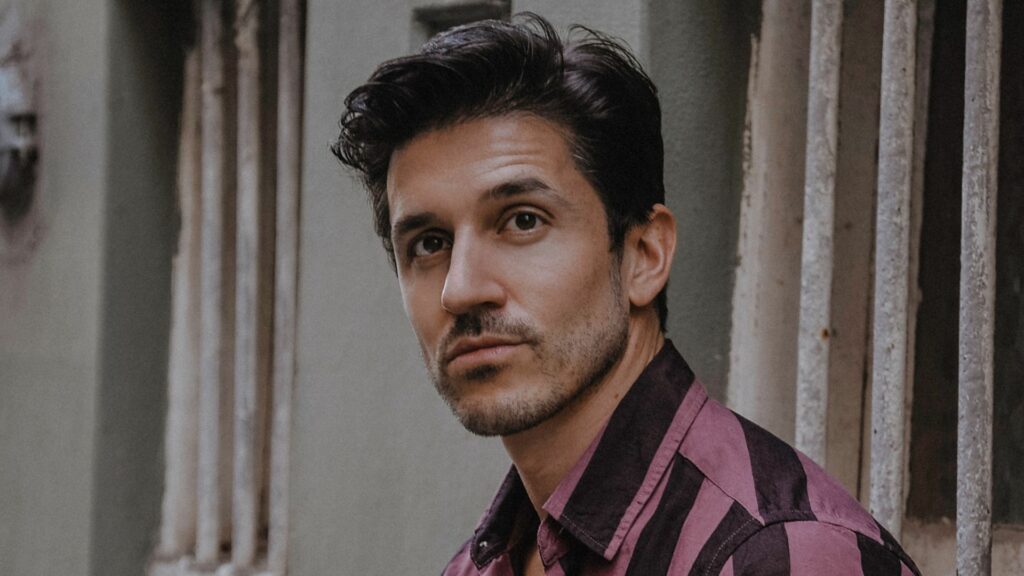 Paternally Greek and maternally Indigenous-Australian Zoy Frangos’ life Down Under has more than a few interesting aspects that make a great storyline.

His show ‘Variations at the Arts Centre Melbourne, tells Zoy’s own personal and musical story with honesty and humour, in many ways a ‘typical’ Australian narrative, backed by a powerhouse band and joined by his wife Elisa Colla. Taking to the stage, on Monday 18 July, he will perform variations on classic songs like ‘Bring Him Home’, ‘Jailhouse Rock’ and the theme from The Godfather using his Greek and Indigenous heritage to add his own twist.

Growing up in Ballarat, in country Victoria, he trained as a professional sprinter; competing internationally and winning 10 events on the Victorian Athletic League circuit.

Zoy moved to Melbourne to pursue a career in performance, graduating with a BA in Music Theatre from the Victorian College of the Arts.

On graduation Zoy was cast as Halloran in the world premiere of An Officer and a Gentleman (GFO) understudying the roles of Zack and Guiterrez while he played Judas in Jesus Christ Superstar and was seen most recently with Tina Arena in Tim Rice and Andrew Lloyd Webber’s iconic musical EVITA.

He also performed in Taxithi II, Metanastes, the acclaimed Karijini Experience – Opera in the Gorge and The Dreaming Festival, DFAT Naidoc Week, among many other roles.