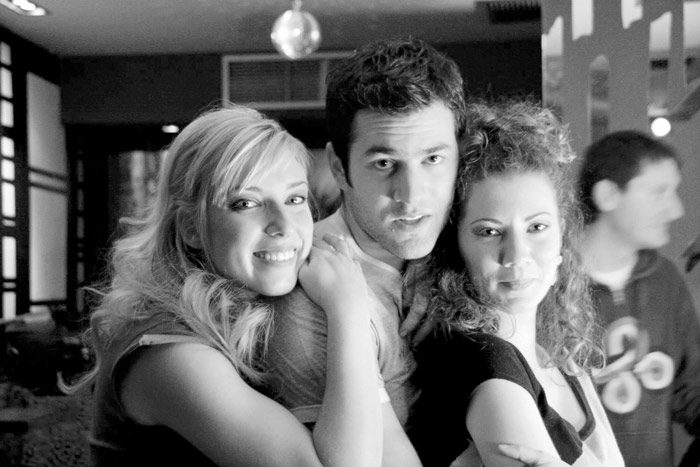 Following in the footsteps of such quality television shows as Gossip Girl, One Tree Hill and The OC, MTV Greece has produced a Greek drama series aimed at capturing the omnipresent Gen Y audience.

The series is called The Flatmates and depicts the lives of three students from rural Greece who travel to the big smoke to study.

The usual themes of love, relationships and life style choices are explored in the show as the three youths make their way through the twilight years of their uni days.

Student life and the need for adulthood and independent responsibilities make the three characters realise that not all is as it seems when you are asked to make choices that stretch beyond your limits.

Athina is one of the central characters who comes from Crete and is studying fashion design.

She comes from a conservative background and has a trying relationship with her mother.

She is stubborn, intelligent and strong willed; a stickler for healthy eating and a clean lifestyle.

Another main character is Elena. She is 22 and studying media. Money-hungry and fame-oriented, Elena thrives on her own self-worth and prefers to have a million acquaintances rather than close relationships with those around her.

And for the boys?

Well, there is Alexander; another twenty-something also embarking on the study path. He comes from up north and loves sports and music.

A psych major, Alexander is close with his childhood mates and is not too open to new friendships. He is happy to take his time in studying and will do so effortlessly.

The Flatmates is being distributed exclusively for digital media; specifically for web and mobile TV devices.