Not so out of the blue 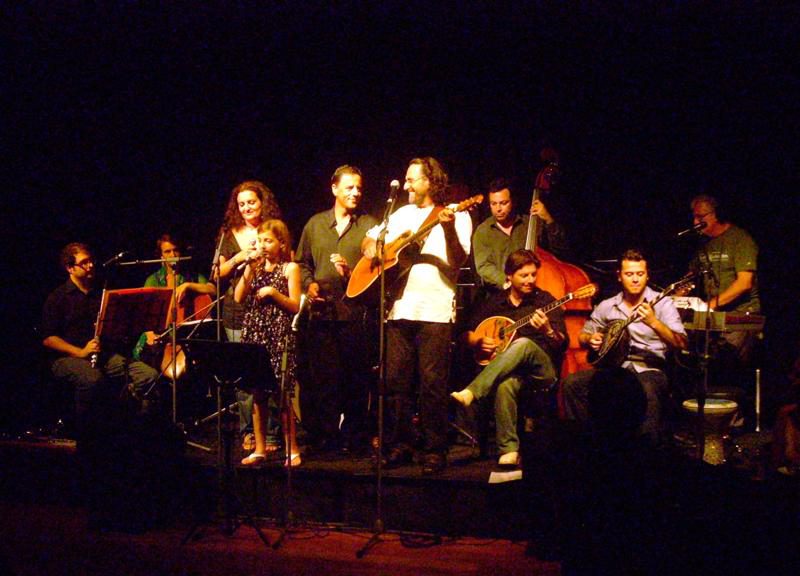 Marrickville Council’s Australia Day celebrations offer a vibrant mix of live music as well as a host of kid’s activities.

The diverse line-up of local inner west musicians that will perform throughout the day include soulful blues trio Out of the Blue, and the reggae stylings of Jesse Morris and the Three Beans. Festival goers will also enjoy Azadoota’s unique sound that combines Assyrian folk (known as dabke) with Arabic, Latin, Flamenco and pop.

The divas from Lady Sings it Better will showcase their sassy old-school cabaret featuring songs originally performed by great male musicians, while The Crooked Fiddle Band’s ‘chainsaw folk’ is music with melody, energy and intensity.

The 13 piece orchestra Cumbiamuffin, is sure to get the crowd moving. Their energetic beats and colourful rhythms are known as ‘Cumbia’, a Latin American musical style that originated in Colombia’s Carribbean coast.

Seasoned performers Out of the Blue will showcase Greek multiculturalism in Australia through traditional Greek song. Having performed at the Seymour Centre, Greek festivals, Cafe Carnivale, Rebetika the Greek blues, Roza – The queen of Greek blues at the Factory Theatre – this trio of musicians is no stranger to the public stage.

Georgette Giatis, vocalist from Out of the Blue, told Neos Kosmos that they’ve been performing for more than eight years. Alongside Peter Kalandranis, on guitar, and Anthony Kekatos on bouzouki and baglama – the trio will be joined by clarinet and flute player Dimitri Vouros on the day.

“We play contemporary Greek, traditional folk, blues, rebetika…quality Greek music,” she said. “Our band can start on from three people to 18 people, it just depends on what show we are doing and what type of show it is.”

“The eclectic program of performers reflects both Australia’s culturally diverse community, and Marrickville’s proud multicultural inner-city population. This year is bigger than ever. The mix of local talent will provide a valuable and fun cultural experience,” Councillor Hanna said.

There will also be a range of free rides and activities for kids, and the Magic Yellow Bus will also be on site. Not only will kids enjoy the jumping castle, but teenagers and adults can also have a go. A selection of international cuisine such as Brazilian, Indonesian, Chinese and Spanish will satisfy taste buds.

The event will also include a citizenship ceremony and the announcement of the 2012 Citizen and Young Citizen of the Year Award winners.

Marrickville Council’s Australia Day celebrations will kick off at 3:00 pm at Enmore Park in Enmore on Thursday 26 January and finish with a bang with a spectacular fireworks display at 9:00 pm.