Stoli Dimopoulos just one in a million 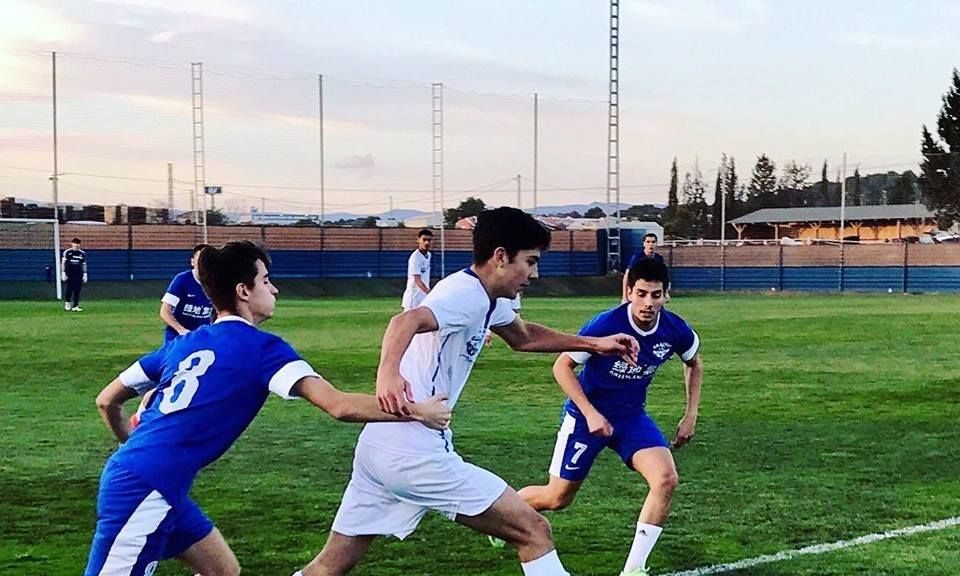 In his book No Hunger in Paradise: The Players. The Journey. The Dream, author Michael Calvin presents an alarming statistic on the number of UK children who will succeed as professional footballers.

Out of 1.5 million male players involved in organised youth football in England at any one time, only 180 of them will make it as a Premier League professional. If you look at that figure as a percentage, it’s a success rate of just 0.012 per cent.

In Australia, the success rate from budding youngster to professional is even worse. Almost one million participants are fighting to get a contract with any of the nine Australian A-League teams.

With most clubs reserving a spot for five foreign imports, out of a squad of 23 there are only 162 potential spots available across the league each season. If you take into consideration the players that are still on contract the numbers are even lower. So, for many young aspiring footballers the odds are stacked against them.

One budding professional aspirant is 18-year-old Stoli Dimopoulos, who after playing in the National Premier Leagues NSW the last two seasons left Australia to try his luck in Europe.

Since August, the Sydney-born teenager has been going to school and training with a team in Spain and after returning home for a two-week break, Stoli says his experience has been eye-opening.

“Starting was difficult because I didn’t know much Spanish at all,” he told Neos Kosmos.

“The school I’m at, the British College of Gava, is an English-speaking school which is great. But now I have also enrolled in Spanish classes, so I can communicate with my coaches better.
“It’s my first time being away from my parents and living overseas. It’s challenging but also exciting. Settling in was difficult. But once I got to know everyone and meet everyone, it’s been much easier. I’ve met some good people that are friendly, funny characters and the football is going great.”

Stoli has been training with UE Cornellà Barcelona whose senior squad play in the Spanish third division. However, their youth teams play in a higher division against the likes of Spanish giants Barcelona.

Looking back over the last four months in Spain, Stoli says he has noticed a difference in standard compared to what he has previously experienced.

“It’s a lot different to Australian football,” he says. “The intensity is really high. They do a completely different style of training. It’s more possession, it’s all ball work. It’s not drills, it’s just possession games. The football culture is much different there. It’s just a good atmosphere. Being surrounded by players that just want to learn makes you feel confident.”

Dakis said when he first came across Stoli two years ago he reminded him of a current Barcelona star.

“The one thing that I recognise from Stoli is that he has a Sergio Busquets Burgos style of football in his playing ability,” he says. “He is very calm and composed on the ball and he doesn’t get emotionally strung up while the game is being played.”

Dakis is based in Melbourne and when Stoli was 16 they created a training plan that included nutrition, recovery and several technical areas where the teenager’s game needed improvement.

When he went back to Sydney, Stoli’s parents would send video of his games to his mentor so he could monitor the youngster’s progress, and he says Dakis’ mentorship has been invaluable.

“Tim has been a massive help,” he says. “He is such a great guy. He’s such an amazing person. The care he shows. He seeks aspiring players. He’s unbelievable. He loves the game, and loves everything about football and he just wants to help out.”

The opportunity for Stoli to play in Spain initially came via Dakis’ relationship with UE Cornellà Barcelona and he says being in Spain will aid Stoli’s football development.

“UE Cornellà is the biggest feeder club for FC Barcelona,” he says.

“Spain’s Division One U18 youth teams are ranked via a category of A through to F. So, if you are in a Spanish A or B team you play in the top teams around your division in the Catalonia league, including against Barcelona and Espanyol. According to Stoli’s technical levels he began in a C team and has also been training with the B team.
“As Stoli has been developing I told him and his parents that part of a footballer’s journey is to experience going to Europe and understand what football really means.
“The culture of Europe is really different. Staying in Europe for a year and living away from my parents is more like living a football experience here in Australia for five years.”

Stoli says it took time to adjust to his new surroundings, particularly on the field, but once he adapted the teenager found the experience thrilling.

“Just getting the opportunity to train with these players. They’re just unbelievable,” he says.

“They have a great passion for football. The speed they play at, it’s just great to play with them. It makes you a different person.
“The first training session I was very nervous, I was daunted and worried. But once I started training, I felt confidence with them. I knew what the expectation of training with them was. I knew the intensity, and the level I had to reach.”

With limited opportunities at the top level in Australia, Stoli is just one of a number of young Aussies who are chasing their dream abroad and he says Europe affords more chances to play in a professional environment.

“I left because there are more teams in Spain,” he says.

“The lack of teams here in Australia doesn’t really help, because the teams are full. So, you have to keep trying with other teams and it’s harder to get in. Whereas in Spain there are so many teams you can just play for anyone,” adding that he prefers Spain because they have more of a technical approach.
“They just like to move the ball and keep possession. I really like the way Barcelona play, their style.”

Stoli is just at the beginning of his European football experience but Dakis believes that he is in the best place to follow his football dreams.

“Stoli is now in a professional environment,” he says.

“He trains twice a day, five days a week and recently got his international clearance when he turned 18 and that means he can play competitive games.
“UE Cornella has advised us that he will play with one of the feeder clubs which is called Santfeliuenc who are in the third division to gain consistent game time.
“Like anything in life, you improve in the culture and environment that you live in and by the professional education you gain. So, Stoli will take it one season at a time and we will review what his levels are after that period.”