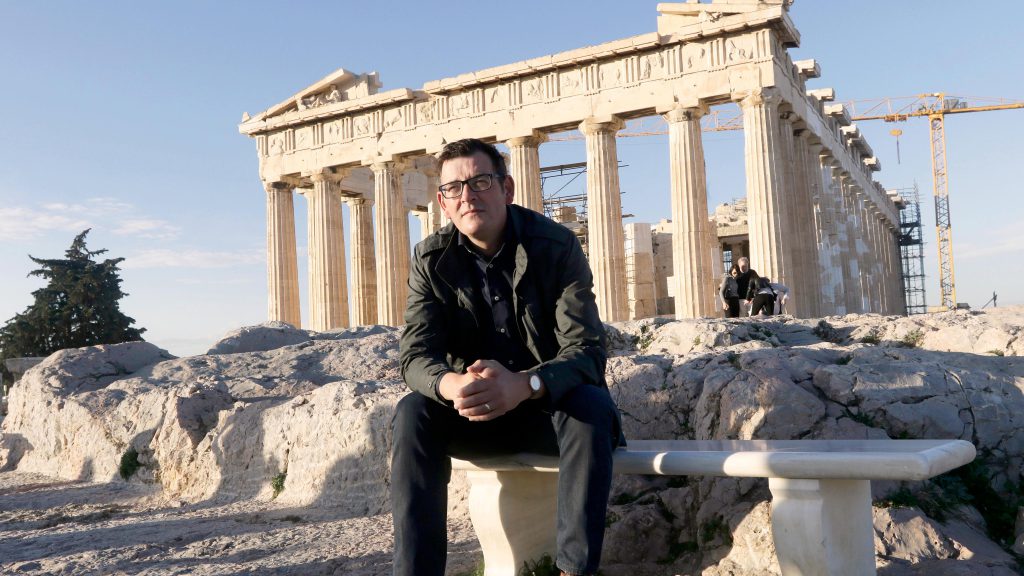 The Premier of Victoria Daniel Andrews.

The presence of a Premier at the Lonsdale Street Greek Festival can hardly register as news; the annual event has been going strong for three decades now, getting bigger every year, something that no political leader can overlook. What makes this year’s announcement that Daniel Andrews will visit the festival and get on stage to give a speech to the thousands of Greek-Australian festival goers flocking Lonsdale Street on Saturday, is that this time, the Premier will come bearing a generous gift. Neos Kosmos can report that the Andrews Labor government of Victoria will pledge to provide $600,000 to fund the Lonsdale Greek Street Festival for the next four years. “We will keep supporting the Londsale Street Greek Festival, cementing it as a key fixture in Victoria’s multicultural calendar,” said the Premier. On top of that, Premier Andrews is set to offer funds of $337,000 for the completion of the Parthenon Frieze replica placed over the main entrance of the Greek Centre. “The expanded Parthenon Frieze replica will be truly striking and help enshrine our Greek identity and history in the heart of the city,” he stated.

Daniel Andrews visited Greece recently, where he met with the Greek Prime Minister, Alexis Tsipras and the President of the Hellenic Republic, Prokopis Pavlopoulos. During his visit to the Acropolis, the Premier announced that the Labor Government of Victoria will allocate funding of 150,000 towards programs to teach Greek to preschoolers. Victoria’s minister of Youth, Jenny Mikakos, who was traveling with him launched the program this week at the State Parliament, where he addressed the House speaking in Greek, in a symbolic motion to participate in the February 9 celebration of the International Day of Greek language. Asked to comment on the announcement that the Premier will officially make on Saturday, Minister Mikakos said:”I’m thrilled that everyone walking past the Greek Centre on Lonsdale Street will now see a wonderful tribute to the Parthenon marbles right here in the heart of Melbourne.” The Minister also praised the Lonsdale Street Festival for being “an iconic celebration” of Hellenic culture in Melbourne. “I’m pleased that our Government is giving it even more support,” she said.
Minister for Multicultural Affairs Robin Scott shared t
he same seentiment. “Victoria’s Greek community have made immeasurable contributions to the social and economic life of our state,” he said. “This additional funding will see the Lonsdale festival prosper into the future. It is amongst the best festivals and demonstrations of culture in Victoria, and I anticipate it will be even bigger in years to come.”