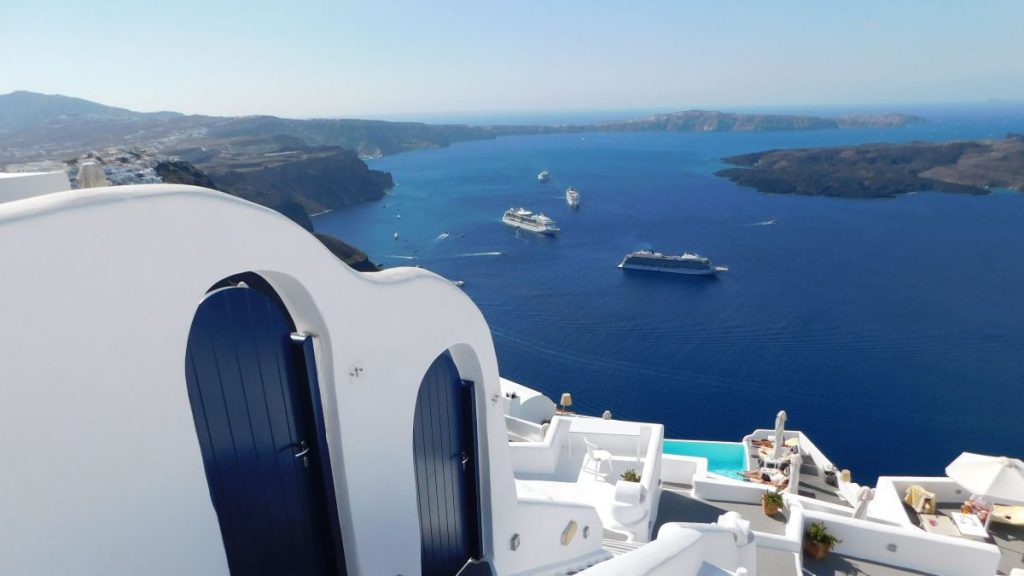 The Greek island of Santorini is, according to the readers of the US’ Travel & Leisure magazine, the “Best Island in Europe” for 2017, followed by Ischia in Italy and Hvar and the Dalmatian Islands in Croatia.

Based in New York City and known as one of the world’s most influential travel brands, the global powerhouse magazine conducts its world’s best awards survey annually, requesting millions of its readers worldwide to share their global travel experiences, and their views and thoughts on the top cities, islands, cruise ships, spas, airlines and more.

Readers and users of the magazine’s online platform were asked to rate islands according to their activities, sights, natural attractions, beaches, food, friendliness and overall value.

The results are publisehd in July each year.

“Santorini is a true magnet to travellers the world over. It is hard not to be impressed by the volcanic island whichever way you approach it,” says travel writer and photographer Paul Hellander, who has visited an astonishing 90 per cent of the Greek islands.

“By sea the approach is magnificent, as your catamaran or fast ferry slips into the Caldera Bay.
“The tall and raw, volcanic caldera walls are softened by a rim of white, which, on further examination, turn out to be buildings built precariously – almost dangerously, one might suggest – on the precipitous cliffs. It is a unique sight.
“By air you see the raw nature of an island torn apart [some time] between 1645 BCE and 1500 BCE by a volcanic explosion four times the power of Indonesia’s Krakatoa eruption in 1883. The equivalent of several hundred atomic bombs detonated simultaneously.
“Santorini’s geography is duly dramatic”, he adds.

Astonishingly, this is the 14th time in the 22 years of the competition that Santorini has claimed the number one spot in this category.

“Santorini’s life now hums with glitz and bling throughout the three contiguous caldera communities Imerovigli, Firostefani, and Fira, and the sunset favourite Oia that grips tenuously to the gritty ridge of the volcano rim. It is simply vibrantly stunning,” says Hellander.

“You can rub shoulders with the glitterati or the persistently curious of the world.
“There is an internationalism pervading Santorini like no other Greek island, whilst it does have ‘spirit of place’ – that undefinable visceral sense that you are in a place that makes you feel good instantly. After all, watching the sunset over the satellite island of Thirasia with a chilled Moët to hand is unbeatable.”

As described on the visitgreece.com website, the Greek islands are the main characteristic of Greece’s morphology and an integral part of the country’s culture and tradition. The Greek National Tourism Organisation lists Greece’s sovereign land as including 6,000 islands and islets scattered across the Aegean and Ionian Seas, of which only 227 islands are inhabited.

This is a unique phenomenon for the European continent, therefore, it is no surprise that Greece commanded a significant portion of Europe’s best 10 islands with Santorini ranking first place, Crete ranking fourth, Paros ranking fifth and Rhodes coming in at number six.

“The best Greek island is always subjective to who you are and what you seek.
“If you are an international guest, seeking an idealised Greek island experience, have a robust budget and have only a few days to indulge in your experience, then of course Santorini is the winner,” states Hellander.

“Ultimately ‘the best award’ is about who you are and what your soul desires and Santorini might be the best for many, but not for all because, let’s face it, with around 70 destination islands to choose from, there are many fine choices, different, but equally ‘best’ in their own way. Many Greek islands deserve awards, it must and should be said.
“Santorini is, however, a unique and special Greek island experience and anyone coming to Greece is recommended to experience it at least once.”