From Maria Callas to Giannis Haroulis: the biggest multicultural festival in Australia returns for 16 weeks 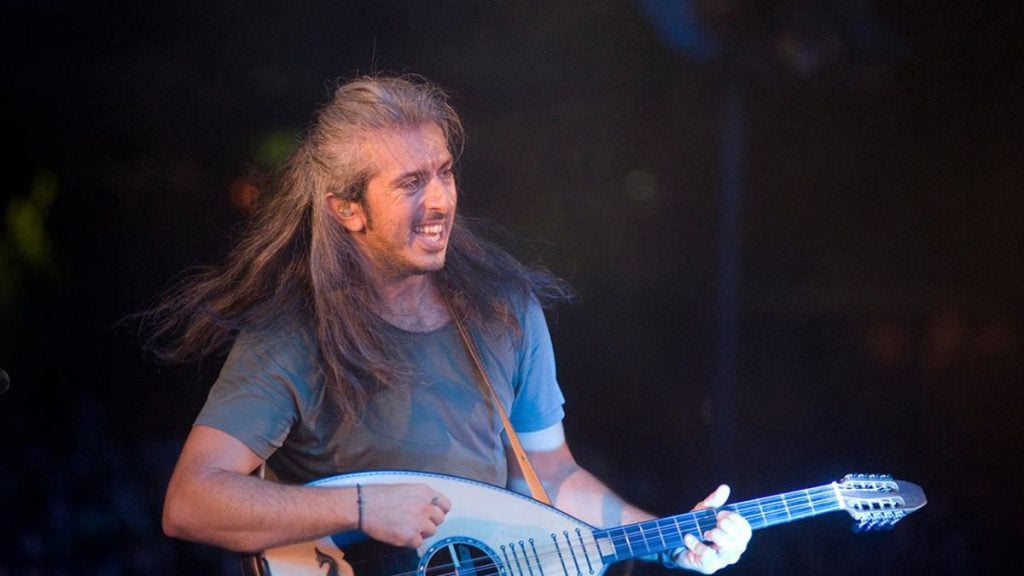 Giannis Haroulis will play a free concert on the second evening of the Sydney Greek Festival.

With almost four decades bringing the NSW Greek community together, the 36th Annual Greek Festival promises another season of spectacular events and initiatives. What makes the program unique compared to any other festival, is that it lasts until June.

The 2018 version will commence with the annual two-day extravaganza at the Darling Harbour precinct on 17 and 18 February. With entertainers ranging from superstar DJ Krazy Kon to enigmatic Cretan native, Giannis Haroulis, the event is expected to draw Greek and non-Greek crowds.

The Cretan performer will fly in from Greece for a national tour and will play a free concert on the second evening. Haroulis is expected to feature a mixture of Greek folk and traditional Cretan music, as well as contemporary songs.

Festival chair Nia Karteris enthused, “Giannis Haroulis is currently one of the most successful artists in Greece. His concerts are highly energetic, and his ability to connect with his audience has seen his career go from strength to strength. In addition to the 100 shows he performs each year, he has also recorded music for television. He combines old traditional Cretan music with contemporary modern music to create experimental rhythms that will enchant audiences.”

Haroulis will also play an intimate show at The Factory in Marrickville on Friday 16 February. The show will maintain the energy and aura he normally exhibits, while the audience will have a closer and more intimate connection with the inspiring performer and his band.

Haroulis is not the only festival attraction on show at the Darling Harbour extravaganza, with free music and entertainment across multiple stages, kids’ entertainment, Greek food and drinks, market stalls, dance performances and more.

The added attraction of Darling Harbour is that it enables people from all backgrounds and casual members of the public to experience the Greek Fest in an accessible public transport with nearby parking and ferries.

For foodies, Darling Harbour will deliver a feast of food stalls, home cooking, sweet treats and savoury mezedes. The festival will have something on offer for all the lovers of Hellenic cuisine.

President of the Greek Orthodox Community of NSW, Harry Danalis, describes the festival as “one of the most prominent multicultural events in Australia, and a must-do in the events calendar. Greek Fest will provide a taste of Greece at the foreshore of Darling Harbour.”

Once the Darling Harbour spectacle has wrapped up, the community should be ready for nine weeks of culture, arts and activities from what is arguably the leading multicultural festival in the country.

Some of the not to be missed activities include Hellenic Communities of the Mediterranean, Then and Now talk by Costa Vertzayas and Billy Cotsis on Tuesday 27 March, hosted by the Hellenic Club and Beta Bar.

Another pick is Lesvos native, Tzeli Hadjidimitriou, who is flying to Sydney to be part of the program. She told Neos Kosmos recently, “I am having a photography exhibition titled όταν το φως χορεύει (‘Under the Dancing Greek Light’) that is concentrated on the light, with photos from Kythera and Lesvos.”

The exhibition is showing at the prestigious Kudos Gallery, while two poetic documentaries, Search for Orpheus and Silent Path will play at the Greek Community Club and the Mytilenian House with the Mytilenean Brotherhood in early March.

Surely one of the biggest dates on the calendar will be Friday 27 April when the brilliant conductor George Ellis teams up with Vasilis Lekkas at the City Recital Hall for a concert titled Celebrating the Works of Markopoulos which showcases the music of composer Yannis Markopoulos.

Ellis and Lekkas will feature classical symphonic works such as Who Pays the Ferryman and The Free Besieged.

A few days before the City Recital Hall concert, another wonderful live music show will take place by Alexis Souris and the Surrealists.

This will be a night of Greek alternative folk and enTechno/rock music featuring an array of local and international musicians at the Red Rattler. The playlist will include songs from the contemporary alternative/enTechno scene as well as traditional tunes.

Over the next few weeks, there will be a range of excellent music performances from a rebetiko show to Chrysoula K and Púrpura: Amalgam. This travelling group of musicians includes Chrysoula Kechagioglou, Maria Ploumi, Sofia Serefoglou, and Elsa Papeli experimenting with songs and tunes from different cultures including Argentina, Portugal, Armenia, and Italy, combining them with the rich Hellenic tradition and classical western forms. Friday 23 March at St George Auditorium will therefore be a must.

From music on a stage to music on the screen. Take a look at the discussion on the brilliant all-time great opera singer Maria Callas on Tuesday 20 February at the Greek Community Club and the documentary playing the next evening at Event Cinema, Beverly Hills. This will feature a Q & A with director Babis Tsokas. Next up, check out Whose is this Song? a film by Adela Peeva. The tune of a well-known Greek song can be heard in neighbouring regions and far beyond, attached to lyrics in different languages.

Peeva has traced it through several countries to highlight common elements of Balkan culture; she found it reflecting ethno nationalist conflicts, with different groups making rival claims to ‘own’ it. The film will be introduced at the Greek Community Club by Eleni Elefterias Kostakidis, followed by Alfred Vincent who will discuss its content.

Dr Vincent is also presenting ‘Food and Drink in Early Modern Greece’, a discussion on the ‘Mediterranean diet’ with a twist: it is often recommended as a key to good health, but how old and how traditional is it? What did Hellenes eat before the introduction of potatoes, tomatoes and other ‘foreign’foods? How did the rich eat differently from the poor? How were issues of food security addressed? What was the role of wine in people’s diet? This discussion will be held on Wednesday 28 February, in the Australian Archaeological Institute at the University of Sydney.

Moving from food to the documenting of food cafe style, it is worth coming out to Macquarie University for ‘Café and Dreaming: Greek Café & Milk Bar Style’. This is an exhibition from the In Their Own Image: Greek Australians Project in partnership with the Australian History Museum, presented by historians and academics Effy Alexakis and Leonard Janiszewski.

Another pleasing aspect of the upcoming Greek Festival program is the fact that children’s workshops have found a place on the program. Stella Tarakson will present ‘Hopeless Heroes: Stories by Stella Tarakson’ on Friday 20 April, a series of children’s books with fun-filled adventure stories based on Greek mythology. This will be followed up on Thursday 26 April with Ancient Greece: A Children’s Activity Day at The Nicholson Museum.
Finally, it is worth booking into Settlement Services International and Hellenic Art Theatre’s ‘Brushstrokes of Life’, a collection of short plays depicting Greek Australian families and the issues they face living with disability.

Stroke by stroke, the challenges they live with are improved through the support available from the National Disability Insurance Scheme (NDIS), helping them lead more meaningful and ordinary lives.

In what is arguably the best program ever produced, the festival owes its success to the support of the local community and all the sponsors who make sure the program is sustainable. From Qatar Airlines, Delphi Bank, the Grand Roxy, M&J Chickens and many more, their support is essential and underlines the value and strength of business and community partnership.

This is by no means the entire program, these are my picks and an entry point to the rich culture of the local and international Hellenic community.

You will find such enticing initiatives as George Kapiniaris’ Malakas with Attitude touring show to the Ancient Cypriot Art presentation/tour. Between now and June, it will be a case of what not to attend, rather than what to attend. Get more information on the program and book tickets to selected events here.
What: Greek Festival of Sydney Extravaganza
When: Saturday 17 February, 3.00 – 10.00 pm and Sunday 18 February, 10.00 am – 10.00 pm
Where: Tumbalong Park, Darling Harbour, NSW

The 36th Greek Festival of Sydney continues until June with a range of cultural events.

* Billy Cotsis is the author of ‘The Many Faces of Hellenic Culture’ and will be presenting a lecture on Mediterranean Hellenic communities on Tuesday 27 March.