Why Turkey wants to invade the Greek Islands

Although Turkey knows that the islands are legally and historically Greek, Turkish authorities want to occupy and Turkify them 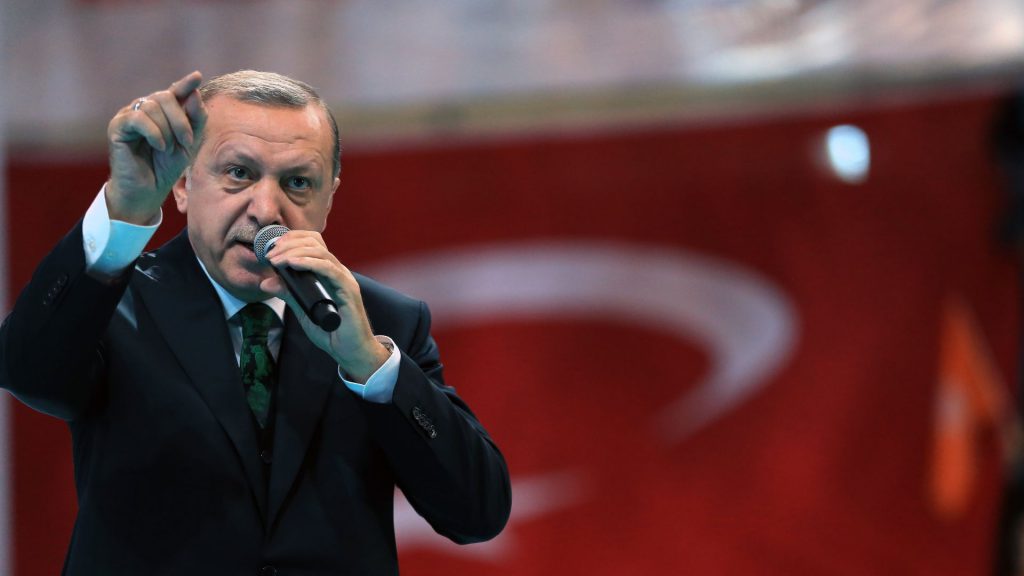 There is one issue on which Turkey’s ruling Justice and Development Party (AKP) and its main opposition, the Republican People’s Party (CHP), are in complete agreement: The conviction that the Greek islands are occupied Turkish territory and must be reconquered. So strong is this determination that the leaders of both parties have openly threatened to invade the Aegean.

The only conflict on this issue between the two parties is in competing to prove which is more powerful and patriotic, and which possesses the courage to carry out the threat against Greece. While the CHP is accusing President Recep Tayyip Erdoğan’s AKP party of enabling Greece to occupy Turkish lands, the AKP is attacking the CHP, Turkey’s founding party, for allowing Greece to take the islands through the 1924 Treaty of Lausanne, the 1932 Turkish-Italian Agreements, and the 1947 Paris Treaty, which recognized the islands of the Aegean as Greek territory.

In 2016, Erdoğan said that Turkey “gave away” the islands that “used to be ours” and are “within shouting distance.” “There are still our mosques, our shrines there,” he said, referring to the Ottoman occupation of the islands.

Two months earlier, at the “Conference on Turkey’s New Security Concept,” Erdoğan declared: “Lausanne… has never been a sacred text. Of course, we will discuss it and struggle to have a better one.” Subsequently, pro-government media outlets published maps and photos of the islands in the Aegean, calling them the territory that “Erdoğan says we gave away at Lausanne.”

To realize his ultimate goal of leaving behind a legacy that surpasses that of all other Turkish leaders, Erdoğan has set certain objectives for the year 2023, the 100th anniversary of the establishment of the Turkish Republic, and 2071, the 1,000th anniversary of the 1071 Battle of Manzikert, during which Muslim Turkic jihadists from Central Asia defeated Christian Greek Byzantine forces in the Armenian highland of the Byzantine Empire.

The idea behind these goals is to create nationalistic cohesion towards annexing more land to Turkey. To alter the borders of Turkey, however, Erdoğan must change or annul the Lausanne Treaty. Ironically, ahead of his two-day official visit to Greece in December — touted as a sign of a new era in Turkish-Greek relations — Erdogan told Greek journalists that the Lausanne Treaty is in need of an update. During his trip, the first official visit to Greece by a Turkish head of state in 65 years, Erdoğan repeated his mantra that the Lausanne Treaty must be revised.

The following month, Erdoğan targeted CHP leader Kemal Kılıçdaroğlu, again accusing the party that signed the Lausanne Treaty of giving away the islands during negotiations. “We will tell our nation about [this],” Erdoğan said. What this statement means is that Erdogan accepts that the islands legally belong to Greece. Yet, at the same time, he calls the Greek possession of the territory “an invasion” — apparently because the islands were once within the borders of the Ottoman Empire — and he now wants them back.

Meanwhile, the CHP has been equally aggressive in its rhetoric, with Kılıçdaroğlu telling the Turkish parliament that Greece has “occupied” 18 islands. When Greek Defense Minister Panos Kammenos was described as “uncomfortable” with this statement, CHP’s deputy leader for foreign affairs, Öztürk Yılmaz, responded, “Greece should not test our patience.” Yılmaz also reportedly stated that “Turkey is much more than its government,” and that any Greek minister who provokes Turkey, will be “hit with a sledgehammer on the head…If [Kammenos] looks at history, he will see many examples of that.”

History is, in fact, filled with examples of Turks carrying out murderous assaults against Anatolian Greeks. In one instance, the genocidal assault against Greek and Armenian Christians in Izmir in 1922 was highlighted in a speech before the parliament by Devlet Bahceli, the head of the Nationalist Movement Party (MHP):

“If they [the Greeks] want to fall into the sea again — if they feel like being chased after again — they are welcome. The Turkish nation is ready and has the faith to do it again. Someone must explain to the Greek government what happened in 1921 and 1922. If there is no one to explain it to them, we know how to stick like a bullet on the Aegean, rain from the sky like a blessed victory, and teach history to the couriers of ahl al-salib [the people of the cross] all over again.”

Turkish propagandists also have been twisting facts to try to portray Greece as the aggressor. Ümit Yalım, former secretary-general of the Ministry of National Defense, for example, said that “Greece has turned the Greek-occupied islands into arsenals and military outposts that Greece will use in its future military intervention against Turkey.”

Turkish politicians all seem to have their own motivations for their obsession with the islands: Traditional Turkish expansionism, Turkification of Hellenic lands, neo-Ottomanism and Islam’s flagship of conquest — jihad. There are also strategic reasons for their wanting to invade the islands, which can be understood in a statement made by Deputy Prime Minister Tuğrul Türkeş about Turkey’s control of Cyprus since 1974:

“There is this misinformation that Turkey is interested in Cyprus because there is a Turkish society there… Even if no Turks lived in Cyprus, Turkey would still have a Cyprus issue and it is impossible for Turkey to give up on that.”

The same attitude and mentality apply to the Aegean islands. Although Turkey knows that the islands are legally and historically Greek, Turkish authorities want to occupy and Turkify them, presumably to further the campaign of annihilating the Greeks, as they did in Anatolia from 1914 to 1923 and after. The destruction of any remnant of Greek culture that existed in Asia Minor, a Greek land prior to the 11th century Turkish invasion, is almost complete. There are fewer than 2,000 Greeks left in Turkey today.

Given that Turkey brutally invaded Cyprus in 1974, its current threats against Greece — from both ends of Turkey’s political spectrum — should not be taken lightly by the West. Greece is the birthplace of Western civilization. It borders the European Union. Any attack against Greece should be treated as an attack against the West. It is time for the West, which has remained silent in the face of Turkish atrocities, to stand up to Ankara.

Uzay Bulut is a Turkish journalist born and raised in Turkey. She is presently based in Washington D.C.