“It’s not enough to stamp a visa”

Kris Pavlidis sets out her priorities as chairperson of the Ethnic Communities Council of Victoria, stressing the need to create employment opportunities and tackle systemic racism 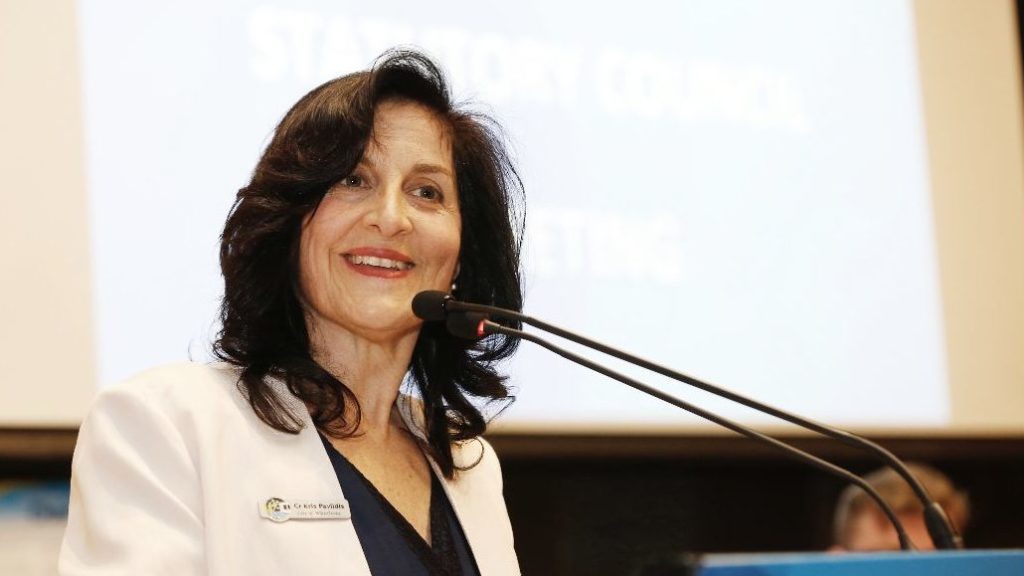 Kris Pavlidis, mayor of Whittlesea and chairperson of the Ethnic Communities Council of Victoria

To say that Kris Pavlidis has a lot on her plate at the moment would be an understatement. One of the most active and prominent members of the Greek – Australian community, the Mayor of Whittlesea is now balancing her mayoral role with that of the chair of the Ethnic Communities Council of Victoria. “It is a privilege, for me as a Greek Australian woman,” she says, not shying away of the immense task at hand. From the moment she stepped up to the role, she identified a set of challenges that the ECCV is facing. As the peak body intermediating between the government and grassroot communities, the ECCV is focused on empowering multicultural victoria, promoting change in public policy and grow the capacity of the various ethnic and multicultural organisations operating in Victoria at any given moment. “Our main priority at the moment is regarding to employment, training and education opportunities,” she explains. This is why the ECCV is hosting a Conference, ‘WORKPLACE rEVOLUTION: Blueprints for a Diverse Tomorrow’ on 17 and 18 May, in an effort to ignite public discussion on the issues of unemployment and underemployment of Victorians from culturally diverse backgrounds. “We can lead onsuch issues,” she says. “People’s ability to settle and integrate relies heavily on their ability to be gainfully employed,” she explains. “This has to be taken seriously. If the government is supporting welcoming immigrants and refugees, it’s not enough to stamp a visa, we need to be rolling out programs. We need to identify the economic benefits that new and emerging communities bring to the state and work on it, maximise it, create social enterprise opportunities. The ECCV can lead on such issues,” she says.

If employment for emerging migrant communities is the top priority on Kris Pavlidis’ list, it is only the start. The list continues with the need to bridge the gender and generational gap within migrant communities, address issues in aged care, work on Intercultural relationships , reaching out to disadvantaged groups and look at the political environment to identify where systemic changes need to be implemented. In other words, there are still a lot of things to be done. “My focus as a chair is to say that we are a small organisation with a limited resource base; we can’t be everything for everyone,” she explains. “But I’d like to take a proactive approach in addressing the issues and prioritising what comes to as rather than react to government policy.”But to her, the main challenge is for the ECCV to remain relevant in a continuously shifting environment. “We’ve got recent waves of migration, with people form different demographic profiles, who face different settlement issues, people who are refugees and asylum seekers whose needs are a lot more intense, despite their quantum being smaller.”And there is always the issue of systemic racism. “This is not a new phenomenon, it has been happening for years, first towards the Greeks and Italians, then against the Vietnamese, the Indians, now it’s people from the middle east and african countries.”

Inevitably, this discussion leads to the recent examples of the South-Sudanese community being targeted by the federal government and the media, as one associated with youth gangs. “For me this is highly unacceptable, to see the federal government employing in racial profiling and targeting a group of people on the basis of their ethnic and cultural affiliations,” she says. “But it’s not surprising. The government is in campaign mode.”The issue itself has been the focus of the ECCV, she says. “We’re working very hard with the police and with african organisations and mostly with young people.” This is not as easy as it may seem, given that what people perceive as an ‘African community’ is actually comprised of people coming from 54 different countries, many of which have different tribal separations within them. “This is not a homogenous group of people,” she says, noting that this is exactly one of the misconceptions and stereotypes that need to be addressed. The ECCV aims to enable processes that challenge the perception and judgement that people carry, based on external traits – the clothes, the skin colour, how people practise their faith or the food that they eat – and create opportunities to make connections based on the common value base that we share,” she says, stressing the need to move away from stereotypes and focus on things that unite us, such as the “approach to family, respect towards elders and so on. This kind of insight is coming from long experience. “The ECCV has been very successful of nipping in the bud potentially inflammatory social situations, by talking to people, by being inclusive and bringing them to the table”. Speaking of tables, there’s also the one where the ECCV board of directors sit at. “I’m implementing a kind of mentoring system, bringing a group of advocacy leaders and budding them up with the 14 members of the board, to spend time with them, go to meetings and conference, shadow them and learn about policy. I like to think that this is our way to open the door and invite young people, ensuring succession. This is a way to stay relevant.”