Yianni Agisilaou is not a robot

Yianni Agisilaou has spent the past 17 years touring and performing in over 40 countries around the world gigging with the likes of comedy greats Jim Jeffries, Wil Anderson, and Ross Noble. Agisilaou was born and raised in Melbourne but has been based in London since 2004. Over the past three years the 40-year-old has made a concerted effort to build his profile at home by performing in the Australian comedy festival circuit.
Agisilaou is a likable performer who tells stories littered with jokes that are deep and funny. He got his biggest break to date when his comedy special Pockets of Humanity appeared on the ABC’s Comedy Next Gen series early this year. The one-hour special explored the double standards and expectations society puts on men and women. 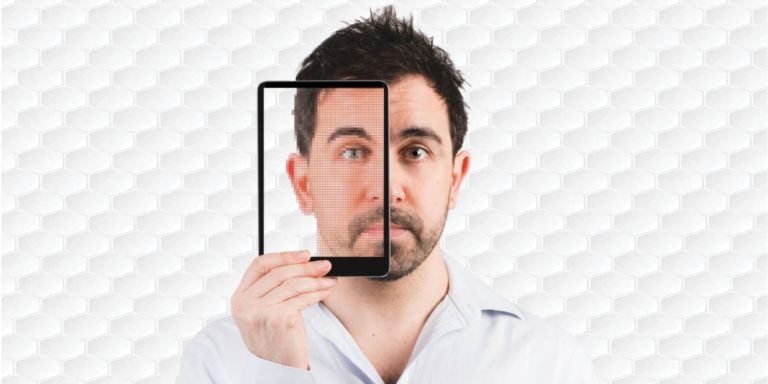 One of the show’s most powerful moments comes when the comedian confesses that on a drunken night out his behaviour towards a woman in a bar was far from appropriate. In light of the Weinstein scandal, it’s not surprising that story polarised some members of the audience.

“I wrote that show before #metoo in January last year but that story has been in the show since February this year when all that stuff happened,” Agisilaou tells Neos Kosmos.

“What was really interesting is most people go, ‘I’m glad you told that story.’ They tell me that it’s an important message when I say that how I behaved was wrong. One woman sent me a long message that included a personal experience. She said that she really liked me up until that point in the show but then didn’t like me when I told that story, but she added, ‘I’m glad you told it.’

“I do think I’m a nice guy and 99 per cent of the time I am but I choose to tell the story about the other one per cent of the time.”
Agisilaou was raised by Greek Cypriot parents but unlike some other Greek Australian performers, he doesn’t mine his heritage for comedy purposes – save for one family member.

“Except for my yiayia,” he says. “When I used to be a lawyer she would go around saying, ‘my grandson is going to be lawyer’ and then I quit to become a stand-up comedian and then she would say ‘why do you hate me?”. 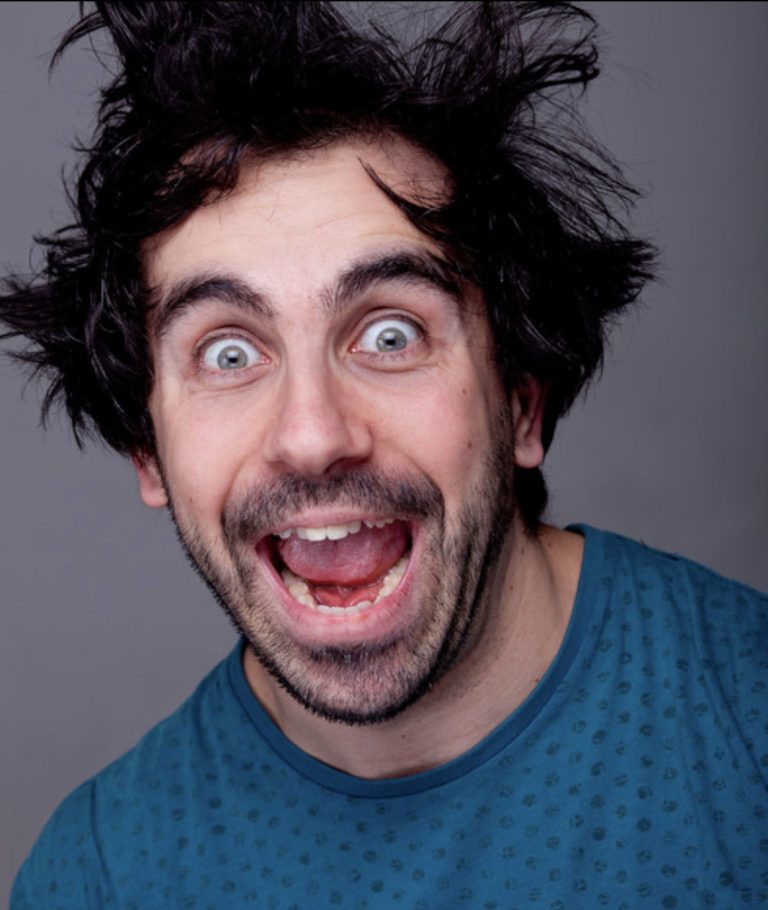 Agisilaou says his yiayia features in his new show: Teaching a Robot to Love.

“In this show I talk about artificial intelligence (AI) replacing people’s jobs,” he says. “I read an article recently saying that by 2030 automation will replace 40 per cent of legal jobs and 0 per cent of comedy jobs. So, I remind my yiayia I was ahead of the curve on that one.”

With the march of technology affecting our existence Agisilaou says the subject of how AI is encroaching more and more into our daily lives is something that everyone can relate to.

“In my show I ask a member of the audience ‘are you a robot?'” he says. “You may think that is a weird thing to ask but if you think about it, we always get asked to prove we are not a robot on the internet about four times a day.

“Everyone thinks about that and laughs, they go ‘shit, you are right’. If you think you are not living in the future that’s a reminder that you are. If you [were to] go back to the 1990s and tell people that in 2018 we regularly get asked to prove that we aren’t robots they’d be like wow!” 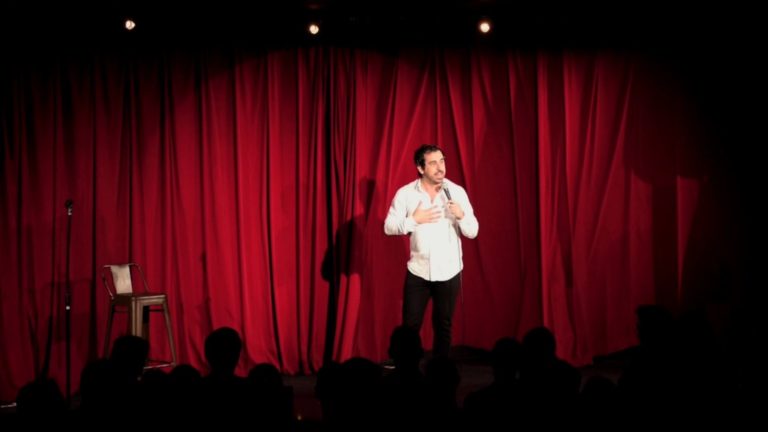 Spending most of his time performing overseas means that Agisilaou is constantly asked at his Australian shows “why haven’t I heard of you before?”. The comedian admits he’s not the best at marketing himself.

“That question is a compliment and criticism at the same time,” he says. “They are saying ‘you are just as good at comedy as you are bad as publicity, mate’. And I know that. I’ve gone to Edinburgh 11 or 12 times in the last 15 years and people come and see me, but in London I’ve also been doing other people’s shows and supporting them.

“A few years ago, I thought I can’t do that forever. I needed to push myself and be more visible. So that’s when I started coming back to Australia and it’s gotten better.”

Agisilaou says that being featured on series two of the ABC TV show Comedy Next Gen is a sign his career is better than it’s ever been.

“That Next Gen show was really good for me,” he says. “It came out of doing the Melbourne Comedy Festival last year, then I did a tour of the UK for the first time late last year. That’s good because I always felt that my shows got better but I didn’t feel my profile got better and now I feel like both are happening. It makes me feel a really nice sense of achievement.”

To buy tickets to Yianni’s upcoming shows in Melbounre, Canberra, and Sydney, go to alist.com.au/yianni-agisilaou/

To watch his ABC TV special go to https://iview.abc.net.au/programs/comedy-next-gen/LE1702H008S00 (available online until 30 April).