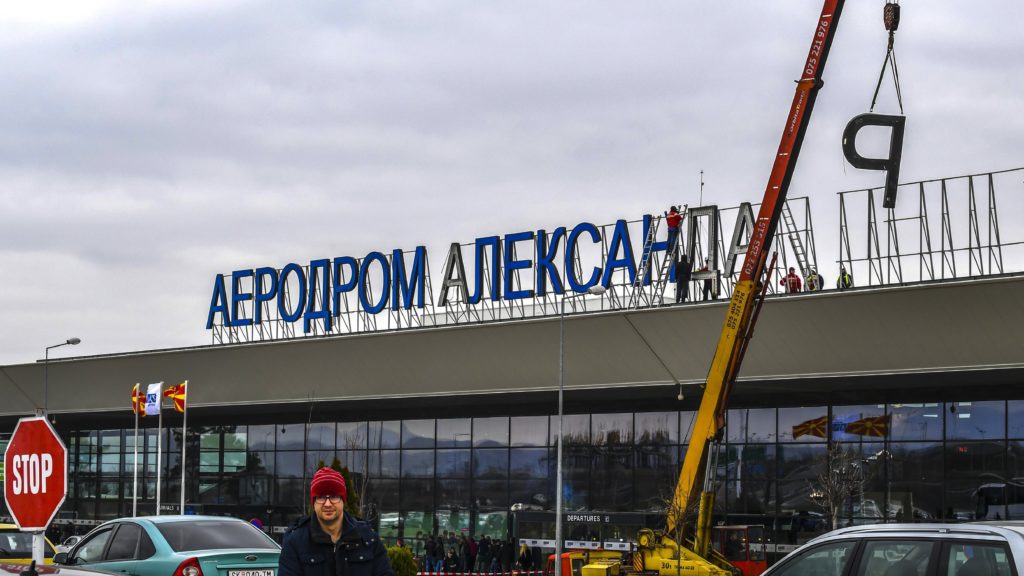 Workers remove the letters of the sign for the airport Alexander the Great on the airport building near Skopje on 24 February, 2018. Photo: AAP via EPA/Georgi Licovski

The Former Yugoslav Republic of Macedonia (FYROM) has officially renamed its international airport from Alexander the Great to Skopje International Airport.

In February the Turkish consortium TAV, which operates the airport removed the signage from the building in February. The letters were replaced on Tuesday with the new name.

The decision to rename the airport, along with changing the Alexander of Macedonia Highway which leads to the Greek border to ‘Friendship Highway’, are seen to be goodwill gestures to neighbouring Greece, as intensive negotiations continue between the two countries’ governments regarding the official name of FYROM.

Greece and FYROM have been at loggerheads over the matter for decades.