Linda Bosidis recounts her journey as an inspirational music industry leader, a single mother and a Greek woman who remains, at her core, a passionate music lover, making sure that artists earn income from their work 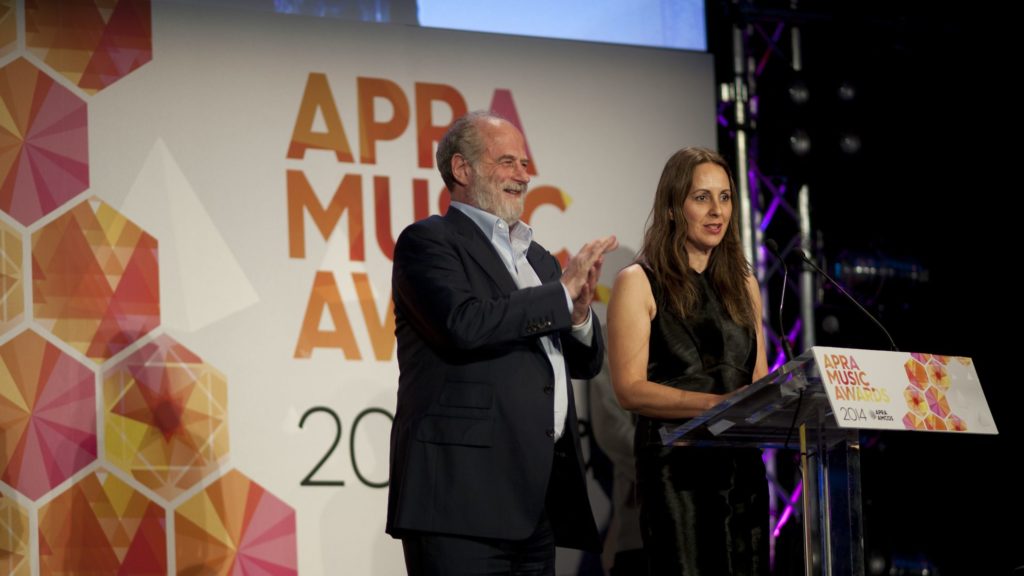 There are two sides to the world of music. There’s the side that the public is mostly aware of, that of a creative output, delivered for the communal enjoyment – artists making music and performing to an appreciative audience. Then there’s the other side that remains mostly hidden from the public. It involves the whole mechanism of taking this creative output and making sure that it reaches an audience and, more importantly, that it remains a sustainable endeavour; it is what makes music an industry.

This is the world that Linda Bosidis inhabits. For more than two decades, she’s been an integral part of the Australian musical ecosystem, mostly through her work with Mushroom Music Publishing, one of the most successful music publishing companies in Australasia. Her business card reads Head of A&R for Australia and New Zealand, which involves listening extensively to music, finding and endeavouring to sign new songwriters; developing and supporting them on an individual needs basis and working in conjunction with the other facets of the industry, such as management, record labels, and booking agents.

“There are many things that I value and love about my role,” she says. “Functioning autonomously, flexibility, travelling the world, seeing amazing live shows. I’ve always sought out, collected, and fixated over Australian music, TV, film, and art. My job is my ideal environment to indulge in these and to work with interesting, funny and ingenious artists and people. Hearing a song in its early demo form through to getting released to the general public is always a big buzz. I’m thankful for the many friends, mentors and colleagues who are supportive in this industry and are teaching and demonstrating different formulas of success.”

A few weeks ago, Linda Bosidis was the Keynote Speaker at One Of One’s inaugural Women In Music breakfast on International Women’s Day celebrating women in the music industry. The audience devoured her words, affirming her status as an industry leader. She is, after all, one of these rare, fortunate individuals, who’ve managed to carve a career out of their love and passion for something –in her case, music.

“As a child I was exposed to diverse genres of music,” she remembers. “I was taping songs from the radio onto cassette, performing makeshift concerts and dance routines. Later, I obsessed over TV music programs like Countdown, Sounds, Nightmoves, Beatbox, and Rock Arena. I accumulated and purchased records and CDs, which soon expanded to slinking into pub and club shows in the 90s absorbing the thrilling underground music movement in Melbourne. “I had an unusual beginning to my career as I wasn’t intentionally looking for a job in music,” she recalls. “In 1990 I was unemployed after working a season at the Mt Buller ski resort. For cash I took on a temp position at APRA, (Australasian Performing Right Association) which led to full-time employment. I stayed for six years. I created the first Melbourne Writer Services Department at APRA and worked hard to learn this complex area of performance royalties, protecting copyright, and how songwriters make an income”.

A WOMAN IN A MALE-DOMINATED INDUSTRY
Even for the most in-the-know music lovers, music publishing (controlling copyrights, developing those copyrights and administering the flow of income to the copyright owners) remains a little known part of the industry. “Music publishing is focused on the songwriter and the songs,” she explains. “A publisher persuades artists and record companies to record the songs that it owns; persuades other users of music, such as film and television producers and advertisers to use the songs they represent, they collect fees and royalties earned by these uses and from the sales, streaming or digital downloads of the songs, they promote the reputation of their songwriters/artists so that the market for their work is enhanced, they protect the songs from demeaning or unauthorised uses, doing all administration involved in registering, maintaining and protecting the copyright and paying advances. If you are a recording and performing artist who writes original songs or a songwriter who writes for other artists to record and perform, all of [this] is important and valuable to build and maintain a career, get exposure and be paid your songwriting income.”

Linda Bosidis has been instrumental in this process, assisting creative people to become successful in making a living through music, and learning a lot in the process herself.

“I’ve worked with a wide spectrum of women and men, and I have gained valuable tuition from encouraging and inventive role models. My career didn’t emerge from being a tough go-getter or businesswoman or being driven by money. I love bringing a female perspective and voice. I don’t try to operate, speak, or interact like a man. I am a quiet achiever. I love music and harbour protectiveness over the songwriter. Especially guiding the songwriter on how to balance their expectations of the business and the craft.” It is this kind of approach that has made her a role model to other women in the music industry. “It’s a male-dominated industry despite many successful women within it,” she says, explaining that it has not been easy. “As a female I have struggled and continue to struggle with double standards, subtle forms of bias and judgement from mostly men but sometimes surprisingly from women. I don’t let any of their actions inform who I am or my values.

“We need to be encouraging and provide support, mentoring, share stories, knowledge and experience which builds unity but also creates opportunities to give women an equal place. Statistically, women are being paid less for doing the same job as men and statistically women hold very few high powered jobs in the music industry. The essence is respecting and accepting empowered, inquisitive, confident, brave and passionate women and treating them intellectually and socially as equals, recognising females fairly for their work and paying them equally.” LIFE AS A SINGLE MOTHER
This is 28 years of experience talking.

“My music career is a mammoth part of my life,” she says. “I learnt to have a purpose and to empower myself as a female, to be authentic, to be vulnerable, to be inquisitive, share my knowledge and experience, trust my gut, be inclusive, respect the art and the business, speak up continually, stand my ground, be grateful, have fun.”

A professional who is often sought after for her insight and experience, Linda has faced her fair share of challenges, and particularly one that had great impact on her life: “My husband, Dean Turner, the love of my life and father of our two daughters, died in 2009 after an intensely private battle with a very rare cancer; he was 37.”

Linda has been coping with life as a single mother since.

“I lead a busy existence working, raising children, and maintaining a household,” she says. “I’m time-poor, I’m always running late and fitting in too much. I constantly juggle family and work life, and the guilt that comes with it. It’s important to be transparent and speak up about my needs in the workplace,” she adds, explaining how work flexibility is vital for keeping a healthy balance in her life.

“I imagine that being a single mum is the same in all industries,” she says. When talking about her daughters, she lights up.

“The strength and joy that my two daughters bring has been transformative,” she says. “Raising them to hopefully one day become non-judgmental, original, crazy, complicated, beautiful feminist adults is a job in itself. I want my kids to be kind and gentle to themselves and to others and not possess a victim mentality.”
As for that last part, it probably comes from the Greek background.

“I’m very proud of my pioneering grandparents who came to Australia to find new opportunities and a better life,” she says, describing their influence on her. “I have an ingrained ideology that comes from my family and their stories of struggle and war. It impacted and strengthened my family values and hard work ethic. I’m grateful to my parents for their unconditional love, progressiveness, honesty, support and trust. Allowing me from a young age to make my own mistakes and learn from them, for encouraging independence, self-worth, empathy and demonstrating the importance of tolerance and resilience.”
If she could go back in time and meet her teenage self, what advice would she offer her? “Be yourself, no point in trying to be anyone else. Take no notice of gossip and manipulative small minds.”