Despite the loss, the 19-year-old will go on to become the first Greek player to break into the world top 50 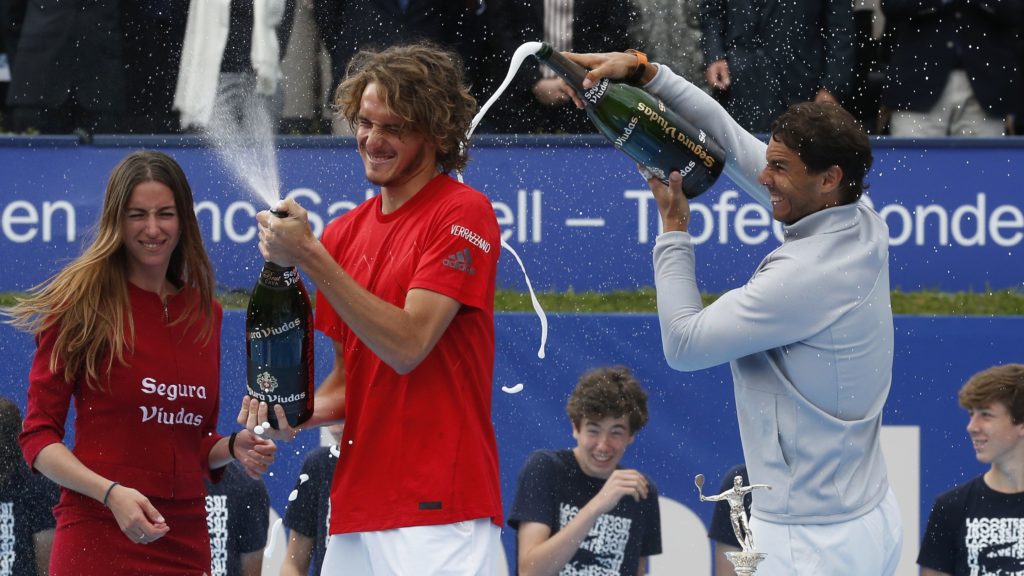 The Spaniard won his 11th title at the tournament on home soil on Sunday in two sets, 6-2 6-1, with Tsitsipas succumbing in 77 minutes with 23 unforced errors.

“It was emotional. I could never have dreamed of having a career like this,” said Nadal after a compilation of his career success was shown to the crowd following the win.

“It is truly special to play here on this court. I really appreciate the support and hope it will happen for many more years.”

The humble winner also took the opportunity to praise Tsitsipas, who had not dropped a set before making his first ATP final.

“First of all I would like to say thank you to Stefan,” said Nadal.

“I think you have a fantastic future and I wish you all the best. You are going to have great success in this sport.”

It was always going to be a challenge for the young player considering his opponent’s experience on clay, but despite the loss there’s no denying making the final remains an impressive achievement for the 19-year-old.

Ranked 63, he managed to beat world number seven Dominic Thiem and David Goffin ranked 10th to make it to the final to play Nadal for the first time in his young career, and was also the first Greek to make it to an ATP final since Nicholas Kalogeropoulos in 1973.

As a result Tsitsipas will become the first Greek tennis player to break into the World Top 50, with his ranking expected to hit 44.

“It has been impossible for me to stop Nadal, I’ve tried but I could not. It’s been a great lesson,” Tsitsipas said.

“It has been an indescribable feeling,” he added.
“In spite of everything I am happy to have played my first final in a city like Barcelona that I love and have felt the support of the public of the tournament.
“I am in a process of growth as a player and this will be very important today to look forward to in the future.”