‘Thank you, mother’: a story of migration and creating a meaningful life in the lucky country

Ahead of Mother’s Day, Stavroula Spyropoulos pays tribute to the life of her 98-year-old mother Efstathia so far 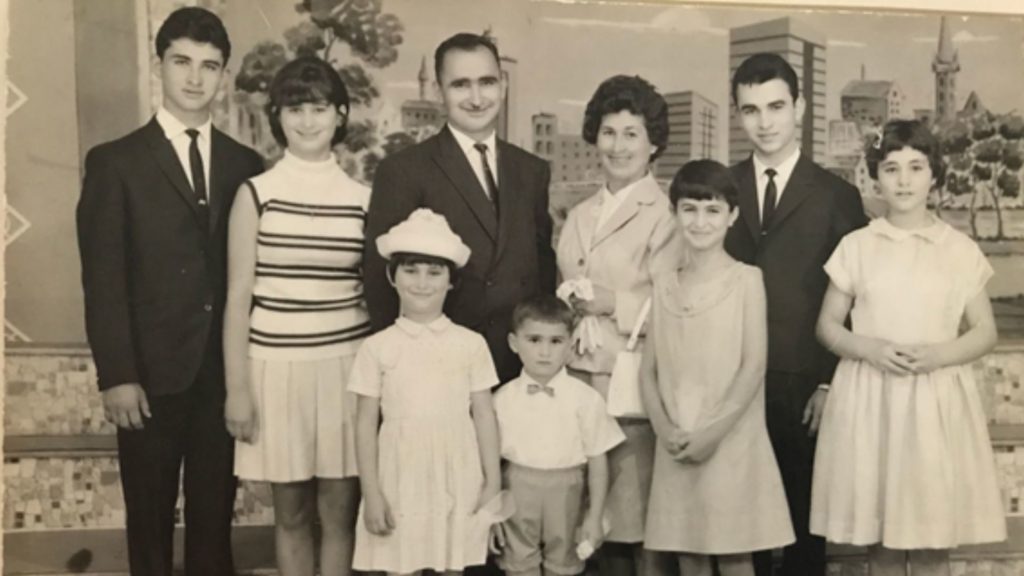 Our darling mum Efstathia (Effie) Spiropoulos was born in 1920, just after World War I and in the midst of the Greco-Turkish War. My grandparents were landowners and were able to grow their own vegetables to keep food on the table, but they witnessed and experienced great poverty. In the 1920s mum as a young girl would remember a plate of food saved for any stranger that might come through the village hungry. She grew up during the Great Depression of the 1930s when her dad’s life savings lost value overnight and they were left penniless. What she remembers of her childhood is working on the land day after day.

World War II soon followed, bringing more destruction and fear. Greece was at war once again, this time against the Germans and the Italians. Mum, together with her older sister, tried to keep the four younger siblings safe and hidden from the Germans while my grandparents provided the essentials for survival. One time they were hiding and the Germans marched right in front of them almost capturing them. Mum witnessed the Germans march into the neighbouring village and burn every building to the ground. Life was hard and each day was a matter of life or death.

Just after WW II mum married my dad. The following year my older brother was born, and within six weeks dad was called up to fight in the Greek Civil War. This was the worst war imaginable where brother fought brother and the enemy was your own people. Once again mum struggled to survive the horrible war and raise her child on her own while dad fought in the army for four long years.

In 1949 the civil war was finally over, dad returned home and peace settled over the embattled land. Post-war depression made life hard with food scarce, and the land that had been neglected for so long was difficult to cultivate. During the 1950s my parents worked extremely hard, like everyone else at that time. My darling mum had another six children making a total of seven, of which I am the sixth. Mum had all her children at home without a doctor and with a local woman acting as a midwife. We had no electricity and no water in the house. We had to go to the village square to get our daily water supply. Life was hard and mum and dad worked endlessly to support their large family.

I was too young to realise the hardships, and only now can I appreciate what it must have been like for my dear parents. I recall a beautiful childhood so cosy and warm. I remember us playing Kolokithia huddled round the open fire place on cold, winter nights. Precious memories with mum telling us stories and the flames from the fire making pictures on the wall and the wind whistling through the land. Life was filled with love and kindness. We didn’t have any toys but who needs toys when you have nature to play with. We ran like the wind. We climbed trees, scaled the mountains, swam in the river and we were happy. But for my beautiful parents every day was a struggle.

In 1964 my uncle George, mum’s brother, who had migrated to Australia in 1954, invited us to join him. My parents wanted a better life for all their children so in September 1964 they uprooted their entire family to travel Down Under, to the lucky country so far away.

We came over on the Patris. It took us about a month to arrive at Station Pier. My oldest brother was 16 and the youngest was just two years old. Life was a struggle at the beginning; the night noises that we were accustomed to were now replaced by sirens from police cars, ambulances and fire trucks. From the freedom and open space of village life we were now imprisoned within the perimeter of our four fences. It was a cultural shock but we adapted quickly and pretty soon Australia was our new home.

Our uncle George helped us find a home in the new estate in Fawkner and it is here that our life began as Australian citizens. We had the best time in Fawkner and mum still lives here and tells everyone that FAWKNER is the BEST suburb in Australia. It was walking distance to schools, shops, and, most importantly, to our Greek church Saint Nektarios. Our backyard was large and dad quickly grew vegetables for the family. Our house was constantly filled with visitors, laughter, and good times.

Fawkner was truly a multicultural community and we lived in harmony with all our neighbours. On one side we had the Australian neighbours. We couldn’t ask for better people. They helped us with the English language and guided us every step of the way. They even convinced dad to purchase a television set to help us learn English. On the other side we had the Italian family. Mum and dad would exchange homemade salami and vegetables over the fence and talk in broken English about their home lands. Further down there was our German neighbours. Once at war with one another now living side by side in peace. We were truly a wonderful community, always looking out for one another and celebrating together.

We were extremely happy in our new homeland and mum always called it “paradise”.

She couldn’t understand how anyone would get tired when they didn’t have to chop wood and start a fire to cook their meals or keep warm. They don’t have to wash everything by hand for they have washing machines nor do they have to go to fetch their daily supply of water. Jobs were in abundance and it truly was the ‘Lucky Country’.

We had great opportunities here in Australia and we worked hard and prospered.

Mum’s family quickly grew and continues to grow: there are 65 immediate members of her family, with 22 grandchildren, and 27 great grandchildren. Our family has multiplied and we all live in different parts of Melbourne but Fawkner is always home and mum is the heart that draws us together.

We lost dad 12 years ago. His dying wish was to be buried in his beloved Greece. So mum and all of us children took him back and laid him to rest where he was born, in a village that he adored and never forgot.

Mum, at the age of 98, still lives in Fawkner at the same address. She reads her Neos Kosmos three times a week and spends her time growing her vegetables and looking after her chickens. You walk with her in the garden and you feel peace and contentment. She calms us. Her life has been filled with wars and hardships and yet she is so positive, generous and grateful for everything she has.

To this day mum says we are in the LUCKY country and very proud to be Greek Australians. Fawkner is the best suburb in Australia and Australia is the best country in the world. But Greece, our BELOVED Greece is always in our heart and in every fibre of our being.