The Hellenic founder of Qantas 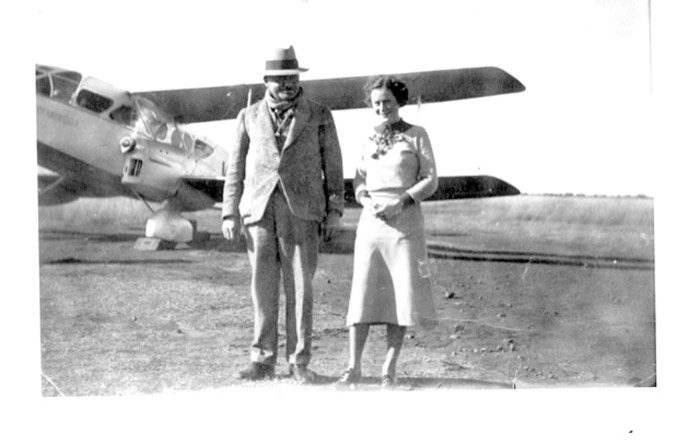 Qantas, Australia’s largest airline – and one of the world’s oldest – had Greek names on its first planes.
Perseus, Pegasus, Atalanta, Hermes and Hippomenes were some of the names given to the first planes of Australia’s flying icon named by Greek Australian Harry Corones, who happened to be one of the company’s first shareholders.

At the beginning of the 1920’s, two young pilots, Hantson Fiss and Paul Magines, WWI veterans, had a vision to found an airways company able to link the huge distance between east and south Australia.
In 1919, Corones, a Greek fisherman from the island of Kithira, who had come to Australia for a better future and already owned a chain of luxurious hotels in Queensland, was highly impressed by the arrival of the first airplane from Europe. That plane landed in Charlevil, a town in Queensland, where Corones had a hotel.
He met the pilots who offered to take him on a flight. That was the beginning, Corones so impressed that he tried by all means to develop air transport in the distant state he lived.

When Hantson Fiss and his associates decided to found Qantas (Queensland and Northern Territory Aerial Services), Corones contributed to the whole venture with all its forces, offering his hotel for the long conferences and becoming one of the first share holders of the company and proposed to the founders to name the aircrafts after Hellene mythical heroes, which indeed happened. The five first Qantas aircrafts were named, Perseus, Pegasus, Atalanta, Hermes and Hippomenis.

* The full story of Harry Corones, written by Professor George Kanarakis of Charles Sturt University, will be published in this week’s Neos Kosmos.