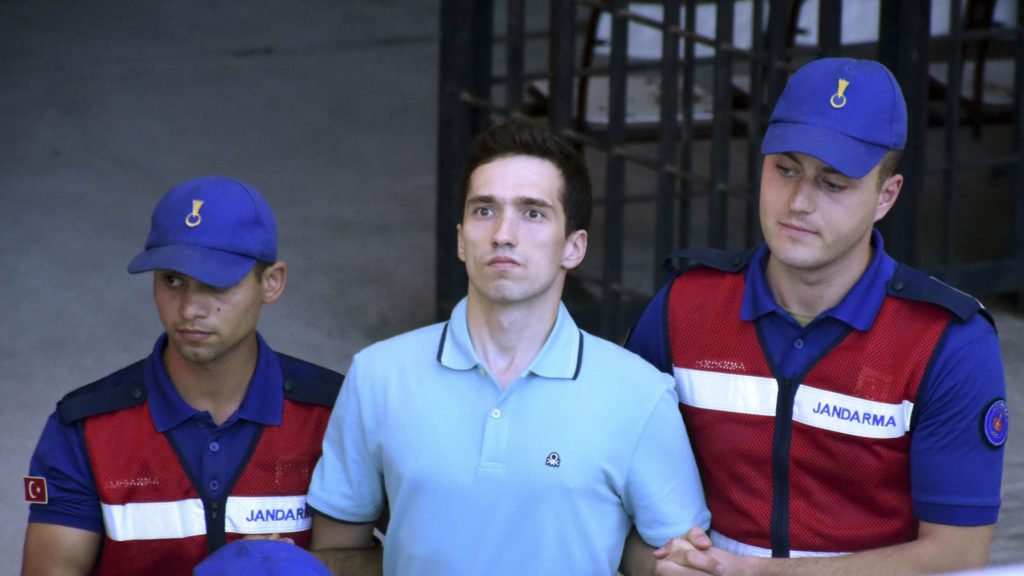 The Turkish court has reportedly rejected the fourth consecutive appeal for the release of Greek αrmy officers Dimitros Kouklatzis and Aggelos Mitretodis who have been imprisoned in a maximum security prison since March 1 in the northwestern Turkish city of Edirne.

Kouklatzis and Mitretodis were transported to the court in handcuffs after 111 days of custody, without specific charges having been pressed against them. Their arrest took place when they accidentally walked into Turkish soil during a routine border patrol. The soldiers were patrolling a heavily forested area near Kastanies in Greece and crossed into the neighbouring country while dealing with extreme weather conditions.

The new appeal followed a recent assignment of the two servicemen to Ankara by the Greek military authorities, in an ultimate effort to throw the Turkish side’s argument that the second lieutenant and the sergeant do not permanently reside in Turkey and might attempt to flee the country before charges are pressed and a trial date is set.

Holding the Greek military officers in a maximum security gaol is seen by Greek negotiators as retribution from the Turkish court, linking their case to the eight Turkish soldiers who fled to Greece seeking asylum following the attempted coup in Turkey back in July 2016.