The strange case, and stranger arrest, of Artemis Sorras

Artemis Sorras was arrested last weekend in the south-eastern Athens suburb of Alimos, after 16 months in hiding, sometimes in disguise. 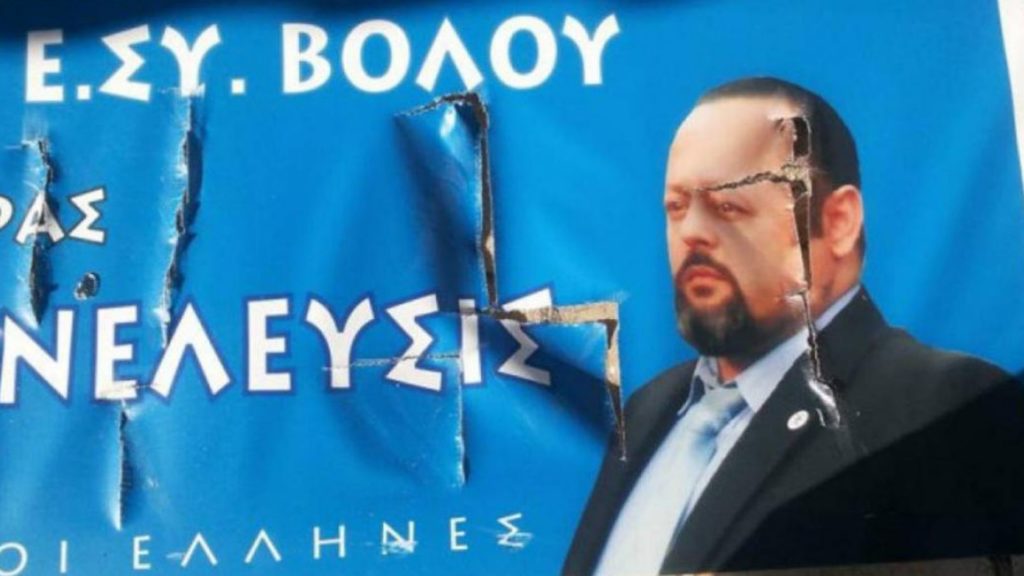 In a turn of events that serve as a definition of ‘irony’, Artemis Sorras was arrested last weekend in the south-eastern Athens suburb of Alimos, after 16 months in hiding.

He had grown long hair and a beard and had been disguising himself as a priest. The irony here is that Sorras’ last public appearance, before fleeing justice, was when he led a gathering of his followers, members of the ‘Hellenes Convention’ to the foot of the Acropolis, where they pledged an oath to the ancient gods of Olympus, on February 2017.

Soon after, Artemis Sorras was tried – although he did not appear in court at the time – and convicted to eight years in prison for fraud and embezzlement of €100,000 ($A157,000). The crime involved theft from his business partner in a childcare service; his main accuser was his lawyer (and best man) Fotis Lepidas, who said that he sold Sorras a vehicle and was paid in old, invalid dinars. His wife was also facing five years for the same case.

Sorras had been in hiding ever since, communicating with his followers through regular YouTube messages in which he often dismissed former members as traitors.

When he appeared in court on Thursday following his recent arrest, hundreds rushed to express their support, chanting ‘air’ in ancient Greek.
He called them his ‘Co-Hellenes’ and ‘Co-Warriors’ and urged them to keep fighting against the Greek state’s corrupt mechanism, as he says he has been doing since he first started promising people that he could not only relieve them of all their debt obligations, but that he would lead Greece to reclaim its well-deserved sovereignty; one reserved only for those with a ‘pure’ hellenic DNA.

According to his lawyer Fotis Babanis, Sorras and his wife do not face any pending sentences.

They filed an appeal, which saw their sentences reduced to three years, which they bought, paying €20,000 each.

In the meantime, the list of charges against him was becoming longer, including the creation of a criminal organisation and many counts of fraud, most particularly against the Greek state and banks.

“These accusations are stale,” claims the lawyer of the man who had claimed he had enough money to pay off all of Greece’s debt.

For years, he had been claiming that he had made six donations of €100 billion each in the name of the Hellenic Democracy, and called upon the government to accept this donation.

This offer went off the table, not only because no finance minister ever took it seriously, but because according to Greek law, such a donation would entail €27 billion in taxes, which would need to be paid up front.

Artemis Sorras first came to the public’s attention in 2011, claiming that he was the holder of at least €680 billion in shares of the Banque De l’ Orient. The Bank of the Orient was founded in 1904 by the National Banks of Greece and Germany to attract Greek customers in Egypt and the Ottoman Empire.

In 1932, the National Bank of Greece, which owned the majority of Banque de l’ Orient, decided to absorb it. It then offered to buy all shares of the branch bank for 200 drachmas each.

According to the National Bank of Greece, these shares have been without value since 1936, when the Orient Bank liquidation was completed.
They are now sold on eBay, to collectors, for up to €100 each. This notion is disputed by descendants of the shareholders, who still claim that the liquidation process was never completed and remain in litigation with the bank. They now say that Sorras’ claims to hold 40 shares of the bank has largely undermined their cause.

But it was not only his ‘own’ money that made Artemis Sorras popular with thousands of Greeks: it was mostly his claim that Greece was not only not in debt, but that there was at least $US115 trillion deposited in 10 separate trust funds in Greek banks in the name of the Greek people.

It’s yet unclear as to how Sorras got his hands on these shares. He was born in a small village of Achaia and learnt the family trade of marblesmithing before settling in Patras and starting various ventures, from childcare provider to importer of underwear, tiles and trucks.
What is known is that he presented himself as a billionaire to the Greek American community, persuading University of Maryland Professor of Economics Theodore Kariotis to assess the value of the shares, which were used to set up an organisation, END, to pay off Greece’s national debt.
To shake off any doubts about the shares’ validity, Sorras presented some securities that he had received in exchange for the shares, issued by a disbarred US attorney.

On his organisation’s website, Sorras also claims that he is in possession of US-issued ‘International Bills of Exchange’, valued at $US2.8 trillion.
At some stage, when the END organisation was still functioning, it was claimed that he had sold some ‘secret ancient fuel technology to the US government’ for space travel use.

But it was not only his ‘own’ money that made Artemis Sorras popular with thousands of Greeks: it was mostly his claim that Greece was not only not in debt, but that there was at least $US115 trillion deposited in 10 separate trust funds in Greek banks in the name of the Greek people.
These account numbers are in full display on posters at the Hellenes Convention offices around Greece, but do not appear in any registry of these banks.

Moreover, all those supposedly confirming this claim i.e. the World Bank, the United Nations and former President Karolos Papoulias, have strongly denied that these trust funds – or that money – ever existed.

This hasn’t stopped people from believing Sorras – particularly since he started issuing out-of-court settlement documents to his followers, who then presented them to tax offices, social security agencies or even banks, instead of payment.

These documents were claiming that any debt – past, present, or future – of the holder should be paid off by these trust funds.
According to the attorney’s report, more than 12,000 Greek citizens have presented these documents to tax offices, costing millions to the Greek government, while one of the largest social security agencies in Greece has been facing up to €5 million in lagged payment by Sorras’ followers.
The Greek state may have been losing money, but the Hellenes Convention was profiting from this.

Sorras’ followers were paying €21 ($A32) for these documents. This was on top of their membership fees, ranging from €5 to €50.
Taking into account that the Hellenes Convention operated about 200 branch offices around Greece (and about a dozen worldwide), it is easy to assess how much revenue Sorras and his group were accumulating, in exchange for the messianic promise of a future life free of debt and pure Hellenic sovereignity.